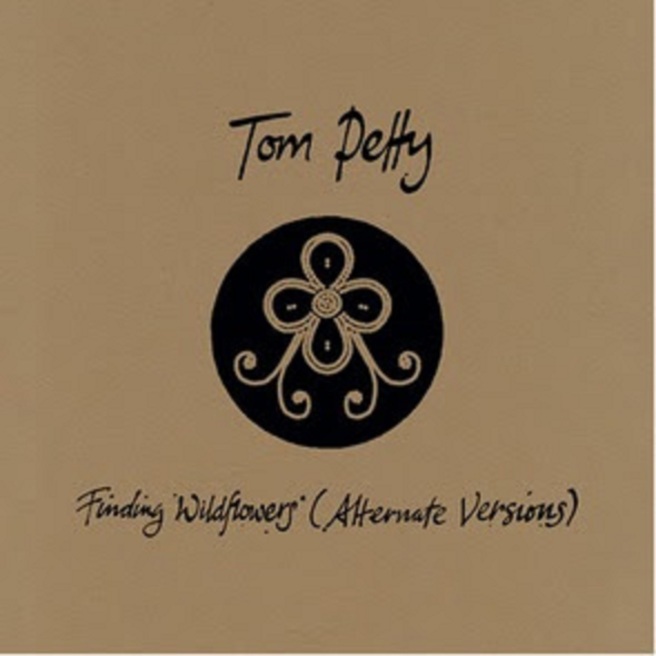 As long time readers of B&V know, I am a huge fan of Tom Petty and his Heartbreakers. I’m not sure any of his true fans are really over his sudden, tragic passing (RIP Tom Petty, 1950 – 2017, A Devastating Loss: The Composer of the Soundtrack to My Life Is Gone). Heaven knows, I’m not over it. And, as many of you know, all of us down here at B&V were anxiously awaiting for the Petty camp, his daughter and the band, to release the expanded version of Wildflowers, (Tom Petty: ‘Wildflowers & All The Rest – Deluxe Edition (4 CDs)’ – A Petty Masterpiece Lovingly Revisited). The box set, for a time anyway, became my “White Whale” as it seemed like I’d never get my hands on it…

As early as its November 1994 release, Petty had made comments in the press that he had originally intended Wildflowers to be a double album. His first marriage was crumbling and there had been conflict between Petty and some of the members of the band (notably drummer Stan Lynch but also bassist Howie Epstein) over Petty’s decision to “go solo” in recording Full Moon Fever. All of that turmoil led to a creative tsunami for Petty. He holed up in a studio with producer Rick Rubin and guitarist Mike Campbell with Benmont Tench close by and recorded what could arguably be called his greatest album. From quiet acoustic tracks like the title track to explosive rockers like “You Wreck Me” it covers the Petty waterfront. It is probably my favorite Petty album in a career chock full of great albums.

As the Heartbreakers neared their 40th anniversary, Petty began to talk more and more about how he wanted to revisit and release all the material from Wildflowers in its original double-LP configuration. I heard an interview during the 40th anniversary tour, which I was lucky enough to see (Concert Review: Tom Petty & the Heartbreakers, Kansas City, 6/2/2017), and he mentioned it even then. I could feel it, the expanded Wildflowers was getting close to becoming a reality! At the time the only track I had from those sessions, outside the original LP, was a bootleg version of “Girl On L.S.D.” It’s a novelty song, much like “Boy Named Sue,” but it always makes me smile. It’s lighthearted and funny. I wanted an official copy of that and I wanted whatever other brilliant songs he’d left in the can… and then, sadly Tom left us.

As seems now typical with rock stars, I don’t think he had his estate properly buttoned up. After his first marriage ended he remarried… the second wife thing often causes conflict on these music estates. His daughter got into the fray as well and thus the box set for Wildflowers was again pushed out… so close, so out of reach. Finally, in 2019, all of the legal issues were settled. Petty’s daughter Adria was at the helm of his catalog and along with a great box set, American Treasure (LP Review: Tom Petty, ‘An American Treasure’ – A Different Path Through a Brilliant Career) it appeared Wildflowers – All The Rest was set to finally see the light of day. Singles began to trickle out and I was delighted. I placed my order for the big 4-CD package and sat waiting by the mailbox staring at the postman like he was bringing me a birthday card from my grandmother, which was usually stuffed with currency. The due date for my box came and went and nothing… It turns out the US Postal Service delivered my box to the wrong address and the scoundrels who got it, kept it. I can’t begrudge them too much, it’s rock n roll. The second order came in scratched… completely unplayable. I should have gone with vinyl but for some reason I wanted this on CD… maybe because I’d bought the original on CD…

Eventually, I finally got a workable copy of the album and really loved it. I was surprised that the All The Rest disc was a mere 10 songs. When I realized the studio version of “Girl On L.S.D.” was not on the album I was distraught all over again. There was a fine live version where Petty chuckles as he introduces the song, but it wasn’t that studio version I was hoping for. There were a couple of other tracks I was familiar with, notably “Drivin’ Down To Georgia,” that were also missing. It was then that I found out that there was a 5-CD version of All The Rest. Despondent, I couldn’t help but think, “Fuck, I can’t win for losing here.” The 5-CD thing was an extra $100 and I couldn’t help but think, Tom Petty who once threatened to name an album ‘$8.98’ when his record company threatened to increase the LP price a dollar to $9.98 would not have stood for this douche fuckery. I had heard he’d wanted to make the bonus material available for purchase without having to re-buy the original, but that might just be rumor. Regardless, in the ‘Super Deluxe,’ 5-CD version of All The Rest the fifth disc, entitled Finding Wildflowers had 16 additional songs on it. And yes, for those of you keeping score, “Girl On L.S.D.” is on the fifth disc. So is “Drivin’ Down To Georgia” among others. I was so close, and yet I’d purchased the wrong version. I put the music in and let it soothe my rattled nerves over the experience. I really did love the disc of live tracks from All The Rest so I just turned that up loud.

This week, I’m slowly coming out of my Black Crowes (Review: The Black Crowes, ‘Shake Your Money Maker – 30th Anniversary’ – Revisiting Their Classic Debut) and Neil Young (Review: Neil Young, ‘Archives Vol. 2 (1972 – 1976)’ – An Epic Deep Dive Into The Ditch Trilogy And Beyond) immersive, addictive fog and discovered that the Petty camp has relented and is releasing the fifth disc as an album in its own right, Finding Wildflowers. It seemed at first to me to be a cash grab. But if its only $20 instead of the additional $100 the 5-CD version of All The Rest would have cost me, I figured, why argue with this? As part of this last bit of Wildflowers they’ve released a new song “You Saw Me Coming” and holy crap, after about 20 listens this afternoon, I felt compelled to write about this song immediately. It’s amazing.

I ran down and played this song for the Rock Chick and she looked over at me and said, “This song is amazing… how did they leave it off the original album?” I married well above my station folks, a truly brilliant woman. This song has an almost ethereal quality to it. The drums/bass drive the song forward. It’s not hard rocking, it’s not mellow… its just intense. There’s a guitar figure that Mike Campbell plays through out the song that bores into your ear and seemingly into your soul. “You saw me coming… then you watched me go…” Ben Tench’s piano insistently plays throughout the track. It’s a classic “good riddance” track. If you like Petty or you dug Wildflowers but did’t jump in on the box set, I urge you to check this track out. It comes with a beautiful video of landscapes – desert scenes, ocean scenes etc – but no images of Petty or the band. I’ll leave it here so you can take it in and hear the track:

It’s unclear to me why the label “alternative version” is slapped on each of the tracks on Finding Wildflowers as there are a handful of tracks that have never been released, but hey, who am I to quibble. The album comes out in early April but I hope you spend your beautiful early spring day with this tune cranked up.

2 thoughts on “Tom Petty: New Single The Sublime “You Saw Me Coming” From The “Upcoming” ‘Finding Wildflowers’”