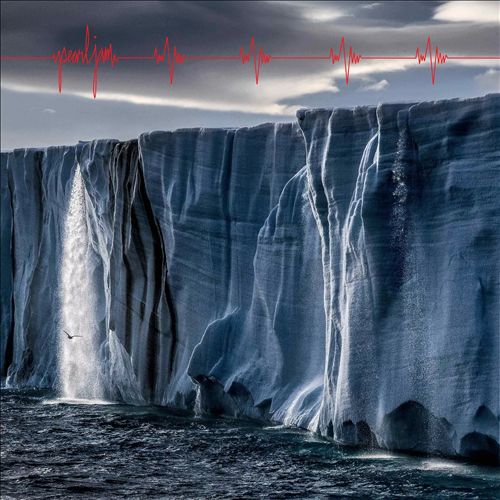 I have to admit, up front, that I’m a huge Pearl Jam fan. I subscribe to the great man theory of rock and roll and I think Eddie Vedder is one of those great men, so to speak. But it hasn’t always been that way.

In the old days, I was always slow to get into new things. I didn’t buy in on Guns N Roses until I heard their third single, “Paradise City.” In my defense, Appetite For Destruction came out during my Exile Years, when I was living in Arkansas. My exposure to GnR was strictly via MTV and every band sort of looked the same. It was hard to get my attention and besides I was deeply into the Allman Brothers and the Band at the time. It wasn’t until I heard “Paradise City” from the other room – without the visuals – that I thought… wait a minute, these guys are something special.

It was the same with the Grunge era bands. I was always suspicious of these new “movements”… call me paranoid. I always thought the bands that were lumped into this new “Grunge” thing were wrongly characterized. Nirvana was a punk band in my mind… certainly that’s where their influences were. The first time I heard Soundgarden I remarked to a friend, “this is the new version of Black Sabbath…” They were a metal band in flannel. I really didn’t have a description for Alice In Chains, they were perhaps uniquely Grunge.

In the early ’90s I had just returned from my exile in Arkansas. I was living in an apartment by the highway where I’d lay in bed at night listening to the sound of trains in the distance behind the constant buzz of semi’s barreling north and south. It certainly contributed to my feeling of restlessness. My musical tastes were somewhat rootless as well. At the dawn of the ’90s there was a new radio station in town that specialized in “alternative rock” which was, at the time, Grunge bands. I’d tune in to that station looking for something “new” and I kept hearing these songs I liked…”Black” was  especially a favorite. “Even Flow,” “Alive,” and this song “Jeremy” were amongst my favorites as well. I hadn’t realized all of those songs were by the same band until I started dating this woman – whose boyfriend lived out of town – who loaned me Ten. I was listening to it for the first time while I worked out and with every song that played I thought, “Wait, that’s Pearl Jam too?” How could all these kick ass songs be on the same album. I became one of the converted… When we ended the affair I kept that CD for a long time… until the young lady came by and forcibly retrieved it. It was all very friendly but she was having none of my absconding with her Pearl Jam disc. Apparently I’m the only one who loses CDs during a breakup. Remarkably, I danced with her at her wedding, sadly not to Pearl Jam.

I was amongst those who were at the record store the day Vs and later when Vitalogy came out. Pearl Jam was the Grunge band who were so firmly rooted in classic rock, how could I not become a huge fan? They had so many soaring anthems – “Even Flow,” “Jeremy,” “Go,” “Animal,” “Rearview Mirror,” “Better Man,” and “Not For You.” I could go on. They could also go acoustic and just slay it – “Daughter,” or “Elderly Woman Behind The Counter In A Small Town.” Vedder’s vocals were amongst the best I’d ever heard. He conveys so much emotion when he sings, from despair to simmering rage. I thought rock and roll would last forever with these guys. I happened to be lucky enough to see them at Red Rocks on the Vitalogy tour, a personal concert highlight for me. From the machine gun blast of the opening number (fittingly), “Go” until the last strains of “Yellow Ledbetter,” it was an amazing night. They even started the encore with “Leaving Here,” a cover song made famous by the Who.

As inevitably happens, Pearl Jam decided to stretch out in new musical directions by the time No Code came out. I liked that album but for many fans it was a creative stumble. So much so the follow up Yield was seen as a comeback (an album I loved but the critics didn’t). After Yield it seemed that Pearl Jam was content to just record straight-up rock and roll to please themselves rather than connect with their audience. Binaural and Riot Act were grim, mirthless albums. Although I must admit, both albums grew on me over time, especially Binaural. Listening to their archival release Lost Dogs, its clear those albums could have been less… intense. It wasn’t until 2006’s eponymously titled album that they seemed to even want to connect with an audience. For me that album was somewhat overshadowed by the Chili Pepper’s Stadium Arcadium. A friend remarked to me at the time, “If you’d told me 10 years ago I’d be more into a Peppers album than a Pearl Jam album, I’d have told you were crazy.” By then Pearl Jam was considered a premier live act, but there was never a ton of enthusiasm for their studio stuff anymore. Which is a shame because both Backspacer and Lightning Bolt were, in my opinion, exceptional. The ballad “Sirens” on the latter album is one of my all time favorite Pearl Jam tunes. There seem to be two kind of Pearl Jam fans anymore: the fans of their epic early records who have stuck around for the live shows and then fans who stuck around for the latter day studio stuff. I’m kind of both.

It stuns me that Pearl Jam waited seven years to put out another album. Lightning Bolt came out in 2013 which seems like another lifetime. I had heard they were struggling to come up with new material and had a couple of stillborn attempted starts at recording new music. That all might explain why the new album Gigaton sounds well, so different. The title refers to the gigaton of ice lost by the polar ice caps. The theme here is clearly around climate change. You hear a lot about water, oceans, rising oceans, and rivers on this album. If anybody needs something to channel some good ol’ fashion Pearl Jam anger, climate change is as good as any. I think it helps Gigaton hang together. The politics of this record are more subtle than most bands, like say vintage John Lennon. And I will say, there are plenty of songs that sound, dare I say, hopeful.

I will say, at the outset of my comments about the album, this one is a grower. My first taste was the first single, “Dance of the Clairvoyants,” which I reviewed (Pearl Jam: New Song, ‘Dance of the Clairvoyants.’ Old Dog With New Tricks?). That track was like nothing I’d ever heard from Pearl Jam. I won’t go back into it as I’ve written about it before, but it sounds so much like the Talking Heads that David Byrne must be drawing royalty checks. That made me think, “Mmm, this might be a tad more experimental than I’m emotionally prepared for.” The next track I heard on satellite radio was “Superblood Wolfmoon.” That track, at first, sounded like the Vedder barking vocal style that he adopted after befriending the late Johnny Ramone in an attempt to sound “punk” (“Mind Your Manners” or “Can’t Deny Me” for example). After my first listen to the entire album, I will tell you, I hated it. After seven years I wanted a big, epic, arena-rock album. The Rock Chick rejected the album immediately. I wasn’t even going to post about it. But there were a couple of tracks that had stuck with me… I couldn’t leave it alone. I’ve spent the last week with this album, giving it repeated spins and I’ll tell you, I like this record. It’s not going to change the top of a “Pearl Jam Albums Ranked Best To Worst” list but it’s a damn fine rock and roll record. We all want that endorphin hit we got when we first dropped the needle into the groove and “Once” burst out of the speakers and went right to our lower brain stem…it just doesn’t happen that often any more.

The album kicks off with one of my favorites, the rocking “Who Ever Said.” It’s an old fashion, Pearl Jam, turn it up rocker. That leads to the aforementioned “Superblood Wolfmoon” that has grown on me. I will say that Mike McCready is an all-star lead guitarist. He should be mentioned more often in the great guitarist conversations. His solo’ing is exceptional on this album, like always. “Never Destination” is another great rocker about climate change denial. It hits hard and again McCready shines. “Quick Escape” is another great rock tune but it’s guitars and vocals are distorted. The song is about an immigrant’s journey away from his home. Rather than singing a song about immigration, Vedder narrates the song from the personal perspective of the immigrant and it hits so much harder. It’s always best to make a political point by making it personal. The distortion of the vocals and guitar almost generate the feeling of fear and being upended that the lyrics depict. “Take The Long Way” was written by drummer Matt Cameron and it sounds like Soundgarden (in a good way). I can’t help it, that’s what I hear.

For me, Pearl Jam has always done exceptional ballads. If I have a complaint about Gigaton, it’s that the last four tracks are ballads. The back end just mellows out. My favorite of the mellow tracks is “Seven O’Clock” the most political track here. He gives the current occupant of the White House his Native American name, “Sitting Bullshit.” The song penned by bassist Jeff Ament, “Alright” is also a highlight. Rhythm guitarist extraordinaire, Stone Gossard’s penned “Buckle Up” almost sounds like a lilting children’s tune until Vedder, over loping drums and acoustic guitar, sings the first line, “I got blood, blood on my hands…” Happy music delivering disturbing words… Tom Waits would be proud. “Comes Then Goes” is a simple vocals over acoustic guitar track. Who does that any more? Vedder plays an old time pump organ on the closing track, “River Cross.” “Retrograde” is a lament about how the world is falling apart.

If you’re a fan of the early, early Pearl Jam, you might want to skip this one and just buy the concert ticket, if concerts ever happen again. But for those of us who have been along for the whole ride, this is an exciting, mature effort by one of the world’s greatest bands. I’ve never faulted any artist who wants to expand the aperture on what and how they create – I’ve always loved David Bowie and latter day Paul Simon, just to name a few examples. Simon’s last album (Review (Full LP): Paul Simon’s “Stranger To Stranger”) was as far away as you can get from “Still Crazy After All These Years.” I hope this new found experimental mood sparks some creative burst from these guys and we don’t have to wait until 2027 for the next Pearl Jam album. It may not be what everybody wanted, but it’s great to have a rock and roll album to be excited about in 2020, arguably the suckiest year in my lifetime.