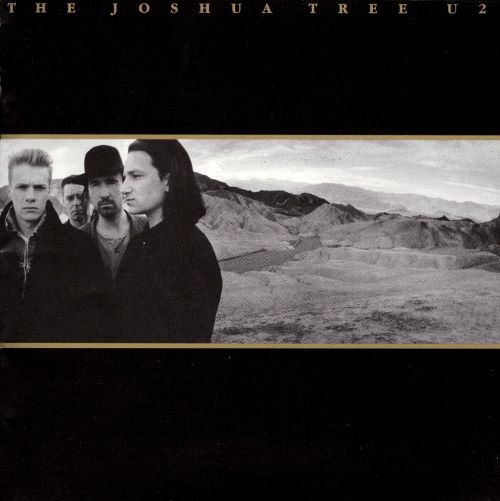 Excitement is brewing here at the B&V Labs in anticipation of U2’s tour to commemorate the thirtieth anniversary of their landmark album, ‘The Joshua Tree,’ swinging through town. I can’t believe it’s been thirty years since that album came out. When it was released in March of 1987, I was near the end of my time at university. I had purchased ‘War’ on vinyl and had ‘The Unforgettable Fire’ on, of all things, cassette. Mistakes were made, people, mistakes were made. I thought cassettes would be around longer than vinyl and I could play them in my car. I was, naturally, mistaken. I can remember laying on the floor of my room at my parent’s house, on spring break, listening to my brother’s cassette copy of ‘The Joshua Tree’ on a Sony Walkman and mistakenly thinking, after only 1 low-fi listen, that there was nothing as big and catchy as “Pride (In The Name of Love).” Obviously, subsequent listens cleared up that misconception. Of course the night I first listened to my brother’s cassette, I believe there had been some beer consumed which likely clouded my judgment.

By the fall of 1987 I had gone to work for my corporate overlords, and in their wisdom they sent me to live in Ft Smith, Arkansas. I consider those years, my time in exile. I was banished from civilization the way Dante was kicked out of Florence. Instead of turning to writing epic poetry, I turned to rock n roll. It was in exile that I met my dear friend Arkansas Joel. He was an even bigger U2 fanatic than I was. By that fall I had ‘The Joshua Tree’ on vinyl and it was in high, high rotation. And yes, I taped it so I could listen to it in my car. We all did that in those days. The sound of cassettes was always inferior to vinyl…

As fate would have it, Joel and I found ourselves in Atlanta, where all the corporate training was done, at the same time. It just so happened that the ‘Joshua Tree’ tour was in Atlanta while both Joel and I were there. When he found out, Joel sought me out on the campus and said, “We’ve gotta see this show… we can scalp some tickets.” At the time, I was enamored with one of my classmates, a young woman whose parents had migrated from Thailand to Louisiana. She was full blooded Thai but spoke with a sugar-sweet, southern accent. What can I say, I was smitten. The class I was in was having a party that night, at this young lady and her roommates’ place. And, sadly, like Robin Williams’ character in Good Will Hunting, I just shook my head at Joel and said, “I’ve got to go see about a girl…” Mistakes were made, people, mistakes were made. Joel frowned, he can be hostile at times, and said, “This will be a mistake you will regret for the rest of your life…” But, he knew I’d made up my mind. Chicks before guitar licks? The shame, the shame.

Naturally, Joel was right. The U2 show that night was spectacular. U2, wearing disguises, actually opened up for their opening act, and played country music. It wasn’t until they broke into one of the country songs from the early set that Joel realized it had been them all along. That’s a story you can tell your grandkids. And naturally, the Louisiana-Thai woman has long since left me behind. In my defense we did date for a year, but those records are sealed until twenty-five years after everyone who was involved is dead…

So while I missed it the first time around, I am going to see the U2 30th Anniversary ‘Joshua Tree’ tour come hell or high-water. Besides, the Rock Chick would never forgive me if we didn’t attend. Like Arkansas Joel, she’s kind of a U2 fanatic. It was their LP, ‘All That You Can’t Leave Behind’ that we bonded over when we first started dating. As my buddy Steve likes to say, “U2 is the soundtrack of my life, man.” Me too, Steve, me too.

To commemorate this auspicious date, ‘The Joshua Tree’ turning 30, I put together a short list of their best deep tracks. Most of these songs aren’t on their proper albums. Some have come out on greatest hits/b-side collections. Some of these tracks came out on extended anniversary editions of older albums. These are 10 choice deep cuts that every U2 fan should own… After that I put a brief list together of their best cover songs. Seek these tunes out… Learn them, love them. And never, never choose a girl or boy over a concert… concert memories  last, relationships, well….

And just for fun, kids, I thought I’d provide the Top 5 U2 Cover songs. I love U2, but I really love it when they do cover tunes. They seem to relax more when they’re covering other people’s music. They’ve got a bunch of good ones, but these are the B&V favorites…

Enjoy! I hope all of you get to see U2 on this upcoming tour. It’ll certainly be fun for those of us who missed it 30 years ago because we were, well, stupid.