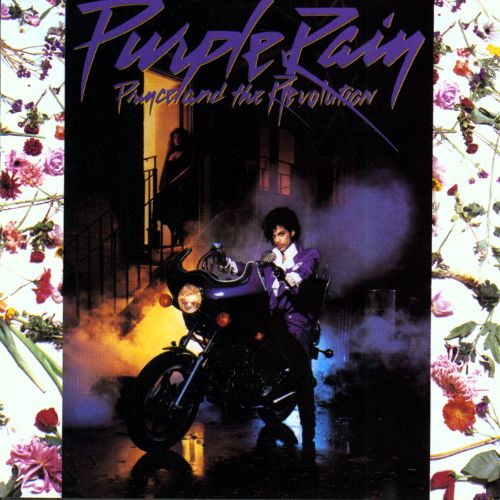 Like most white, suburban kids coming of age in the early 80s I was blissfully unaware of who Prince was. All of that changed my freshman year in college. Mid-year I transferred colleges for the oldest and stupidest of reasons, a girlfriend. I spent the back half of my freshman year at the University of Kansas in what I now refer to as “The Dark Semester.” No mystery, the girlfriend and I broke up, we were kids, it was stupid of me to transfer colleges. I was fucking miserable at KU surrounded by “frat bros” and douche bags. My dearest friend Doug and a whole lot of rum got me through those horrid months. The notable exception to my misery were the two black guys who lived across the hall from my dorm room. As my relationship with my girlfriend and my roommate slowly dissipated (my roomy was dating my ex’s best friend), I found myself spending more and more time across the hall with Brian and Robert.

Those guys were always listening to this brightly colored purple record. It was a giant double album full of some of the most inventive music I’d ever heard. The artist was marrying funk/soul and a Hendrix-like guitar style. I can still remember the first time I picked up the purple album cover and read the name – Prince. The album of course, was ‘1999’ and I was hooked. Perhaps it was the misery I was going through at the time, but the music was dirty and fun and it was just a great way to escape. Many a time people would glance in the room to see Brian, Robert and I dancing around the room to “DMSR” my new favorite song. I’m sure I looked slightly out of place, as I should never dance in public (and the Rock Chick would add, I should never dance in private either). The only reason that I mention I was a white suburban kid and the guys across the hall from me were black, which doesn’t and shouldn’t matter, is to illustrate how segregated music was in the 80s. Until Michael Jackson came along with ‘Thriller’ and all those iconic videos black artists didn’t even get played on MTV, the then new music channel, let alone rock radio. David Bowie even called MTV out for it in an interview, which is just another reason to love David Bowie.

My sophomore year, back at Kansas State, the fact that I’d play ‘1999’ raised a few eye brows. I had bought the album while still at KU. Then, in 1984 along came ‘Purple Rain.’ I bought the album before I’d even seen the movie, because I’d heard and immediately dug “When Doves Cry” and hey, I’d been listening to Prince for years folks, catch up… or at least that was my attitude. I actually bought ‘Purple Rain’ the day it came out, and listened to side one on my way out to a “drink and drowned” at a local bar. Since I only had the chance to listen to side one, I actually heard “Purple Rain,” the title track, for the first time ever that night in the bar, since it was the closing track on side two. That song hadn’t even been played on the radio and here it was on the day of it’s release being played in a bar full of beer soaked white kids. A barrier had come down. I remember thinking, “I’ve gotta get home and turn that fucking record over…”

Prince was a giant artistic talent and simply a pure genius. The overwhelming popularity of ‘Purple Rain’ stunned even him, I’d guess. It’s hard to follow up that kind of success… just ask Fleetwood Mac about ‘Rumors.’ So like most people, I was an intense fan of Prince’s music, but only from 1982 to 1986. He’d put out the occasional single I’d like. I bought his ‘Hits and B-Sides’ but ‘Purple Rain’ ended up being my last Prince LP purchase. Well, that’s not entirely true, I bought ‘Around the World In A Day’ on the day it came out and sold it about a month later. It was too out there for me…

All these years later Prince has released a deluxe repackaging of ‘Purple Rain.’ When my pal Erica told me it was coming out June 23rd it dawned on me that I’d never purchased ‘Purple Rain’ on CD… I quickly ordered my copy of this Ultimate Collector’s Edition. The question is, is it worth it? The original is remastered in this package. There are also additional discs of B-sides and the dreaded 7″ dance mixes. The real gold in the mine for me is the CD of unreleased tracks from Prince’s mysterious vaults. And, also there is a DVD (not a blu-ray) of a 1985 concert in Syracuse.

Let me pause for a moment to say, I’m a huge fan of archival releases. I love anything that an artist recorded and for whatever reason chose not to release. They put the tapes in the vault and finally, years later decide to release it. Dylan has released a lot of material that is so good one has to wonder why he didn’t release the songs on some of his lesser 80s albums. Springsteen is notorious for writing way more songs than he needs for each of his album projects and he finally cleared a lot of that backlog out in the excellent ‘Tracks’ box set. Van Morrison released two great discs of unreleased stuff on ‘The Philosopher’s Stone.’ All of those archival releases should be checked out by any fan of those artists. It tells a unique, different story than the officially released stuff. Sometimes it augments what you’ve already heard. Sometimes it shows an entirely different creative direction the artist could have gone in. Vault releases always bring out the musical spelunker in me…

Which leads me to ‘Purple Rain.’ Yes, it was long overdue for me to purchase the original album on CD. The remastering on this version is spectacular. I read somewhere that Prince himself, before his untimely, tragic death oversaw the remastering. And, yes, ‘Purple Rain’ is his masterpiece. It’s one of the most brilliant albums ever. Everyone should own this album. However, in this case, it’s the bonus stuff that interested me in this deluxe set.

The disc I was most excited about was the unreleased stuff. I have to say, I was a little disappointed. There is a lot I just can’t connect with here. “The Dance Electric” is an eleven and half minute exercise in repetition. There’s another superfluous version of “Computer Blue” here which could have stayed in the vaults. “Our Destiny/Roadhouse Garden” is baffling. About half this stuff left me decidedly cold. However about half this material is superb. “Love and Sex” is a great Prince rocker. “Electric Intercourse,” “Wonderful Ass” (which I dedicated to the Rock Chick in what can only be described as a “smooth move”), and “Velvet Pussy Cat” are all great songs. “We Can Fuck” is Prince at his delightfully vulgar best… Overall I’d say the Vault/Unreleased stuff here is, well, meh. Frankly I’d recommend purchasing selectively off iTunes or where ever you buy music. Listen and decide for yourself which tunes are worth having.

Finally, the other piece that led me to this deluxe edition was the DVD. It’s an amazing, inspired performance. The Revolution were a great band. I know Prince played most every instrument in the studio, but on stage he lets the Revolution jam. His guitarist, Wendy, is who really shines for me during the concert footage. Prince is amazing as a performer. It’s like Little Richard and James Brown had a baby. He’s all over the stage, grinding, sliding down a stripper pole and dancing. There are more costume changes than my wife getting ready for a fancy dinner. When Prince comes out at the end, to play the most epic version of “Purple Rain” ever, he’s dressed in a hooded robe, like some sexy, mystic monk from the Church of Purple. It’ll give you goose bumps. If you ever doubt Prince’s ability with a guitar, check out this footage or the YouTube of him playing “My Guitar Gently Weeps” at the RnR Hall of Fame… He was an amazing shredder. That all said, however, there are flaws here. The footage is grainy. For reasons possibly only understood by Prince himself, he refuses to use a main spotlight. For most of the show he’s shrouded in shadow or purple backlighting. It’s hard to see him play some of the magical solos he lays down. There are long musical interludes that stretch on too long to give him a chance to change clothes, which got annoying pretty quick. “When Doves Cry” is filmed like the video, with the left side of the screen mirroring the right side of the screen which only made me dizzy. I enjoyed the show, but with the horrid lighting, I’m not sure it’s a video I’m going to go back to and watch again.

Overall, while I love Prince and ‘Purple Rain’ particularly, I have to say this ‘Ultimate Collector’s Edition’ is for completists and true fans only. There’s some interesting stuff here, but you have to dig to find it.

One thought on “Review: Prince’s ‘Purple Rain – Deluxe Collector’s Edition’ – Is It Worth It?”