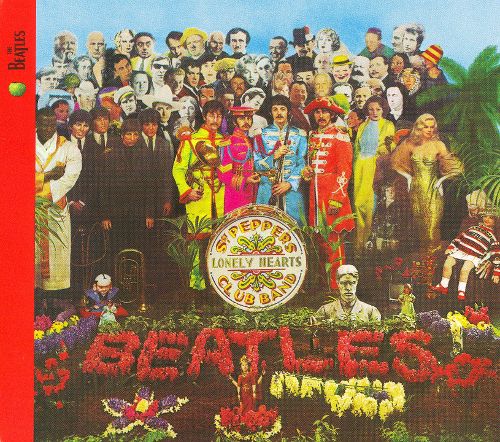 Weekends this summer have been pretty quiet since my daughter visited us over Memorial Day. The Rock Chick and I have been laying low, as the saying goes. There’s nothing wrong with laying low, but every now and then you need a good old fashioned rock and roll weekend. Usually this involves strong, dark, murky brown fluids. In the case of this weekend that meant a lot of Templeton Rye. And of course, you need some loud music and the accompanying debauchery that implies…

The Rock Chick and my musical tastes are very aligned. I’ve probably never known anybody whose rock proclivities match mine this closely. It’s important that you marry someone who likes good music. What to do if you were to come down one morning to find your spouse listening to Neil Diamond? Grounds for divorce? I think so… As closely aligned as my wife and my musical tastes are, they are the classic Venn Diagram. Two large circles that partially overlap (or in my case, significantly overlap) but leaving some music outside our shared likes. One blind spot for the Rock Chick has always been, surprisingly, The Beatles. I consider this a failure of classic rock radio but I don’t want to get started on that…

I think it was my friend, Drummer Blake, who alerted me that the excellent Ron Howard documentary, ‘Eight Days A Week’ was now streaming on Netflix. While I bought the live LP that was released at the same time, ‘Live At The Hollywood Bowl’ (reviewed on a previous post), I never got around to watching the related documentary. As you would expect from Ron Howard the documentary is exceptional. What doesn’t that guy do well? The focus of the film is on the Beatles touring years, when they were still a working, concert band. Saturday night, I pulled it up and screened it for the Rock Chick… and to my delight she really enjoyed this film. We ended up listening to several early Beatles records after that, including ‘Rubber Soul’ (my favorite) and ‘Help!’

When the Beatles decided in the fall of 1966 to stop touring it was a pretty big deal. There were all kinds of rumors that they were breaking up. It came as a bit of a surprise, since the road was where they made most of their money. However, watching this documentary made me wonder why anybody would be surprised that the Beatles quit touring. It was utter madness. Beatle-mania should have been called Beatle-mayhem. The crowds were crazed and in some cases menacing. I can’t imagine what it would have been like for the four lads from Liverpool, hiding in a bathroom at the Plaza Hotel in New York, staring at each others, mouths agape, wondering what they had unleashed.

If you contrast the beginning of the film, the Beatles triumphant arrival in New York, with how they look towards the end of the touring years, you can see how haggard they were. That first press conference at the airport in New York, they were fresh, bright eyed kids. They joked with the reporters and you could feel the love they had inspired. They showed an excerpt from a press conference on the last tour and to quote the Rock Chick, they sounded “snarky.” The difference in their appearance was arresting. They were clearly exhausted and tired of the circus. John had inadvertently compared the Beatles popularity to that of Jesus and that made the religious right, especially in the Southern part of the U.S., go a little crazy. The film of the organized burning of Beatles albums reminded me of Nazi book burnings. At one point during the latter press conference a reporter asked how the Beatles felt that their upcoming concert wasn’t sold out… Lennon sneered, “Rich,” as a response. Why do the press always want to tear people down?

After a few months off, the Beatles barricaded themselves in Abbey Road studios and decided to focus on recording albums with George Martin. The last image from the touring years was the cover of ‘Sgt Pepper’s.’ Quitting touring allowed the Beatles to really stretch out and stretch the boundaries of what had been done before in the idiom of rock and roll music. The movie did fade out with shots of the Beatles iconic last show from the roof of Apple. Quitting touring, while momentous to the concert world, meant even bigger things to come from the Beatles in the  studio.

Coincidentally, after watching the documentary, the next day was ClassicAlbum Sundays and the featured album was ‘Sgt Pepper’s Lonely Hearts Club Band.’ It’s the 50th anniversary, and despite the album of the month actually being ‘Exile On Mainstreet,’ our local host chose to do ‘Sgt Pepper’ instead. It turned out that watching ‘Eight Days a Week’ was the perfect lead up for the ClassicAlbum Sunday’s fare. Once a month, intrepid music fans in Kansas City (and other cities across the globe) gather at a local pizza joint, like early Christians in the catacombs, to hear the greatest albums ever recorded. This Sunday was the June presentation.

As usual, our host had a superb collection of music. He curated a fantastic afternoon of music. I wondered if he would do a history of the Beatles or more of a snapshot of 1967. He actually did a little of both. He played selections from the Beatles prior albums, ‘Rubber Soul,’ and ‘Revolver’ which were the records that really set the stage for ‘Sgt Pepper.’ Alongside that he played several cuts from bands from Northern England from that time period, The Hollies and Gerry and the Pacemakers. It gave you a real feel for the Mersey Sound.

From there we heard a host of contemporary cuts from 66 and 67. Beach Boys, Otis Redding, Spencer Davis Group, Jimi Hendrix and even the Monkees. Particularly inspired choices were Pink Floyd’s ‘Arnold Layne’ and  Frank Zappa’s ‘Hungry Freaks, Daddy.’ Zappa’s LP ‘Freak Out’ had heavily influenced McCartney and ‘Pet Sounds’ by the Beach Boys had heavily influenced John Lennon. The way the afternoon was curated it really gave you a feel for the musical landscape that helped birth ‘Sgt Pepper.’ It also made you realize how revolutionary it was. The sound, as usual, was spectacular. You could have heard a pin drop as the last, long piano chord was struck. They played the newly released, Giles Martin produced, stereo version of the album which surprised me, as I thought they’d go with the mono version. However, the choice was a good one, as this new stereo version is spectacular.

While McCartney was clearly the driving force behind ‘Sgt Pepper,’ the sheer quality of Lennon’s work on this LP, “Lucy In The Sky With Diamonds,” and “A Day In The Life” just to name two, is simply astonishing. These guys did things in the studio that had never been done before and will likely never be done again. Yesterday merely underscored for me what I already knew… ‘Sgt Pepper’s Lonely Heart’s Club Band’ is the absolute greatest rock and roll album ever released.

And more importantly, to me at least, the Rock Chick now digs the Beatles. A splendid time, was indeed, had by all…