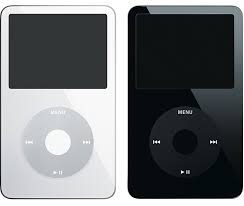 There are many things I know for a fact. Such as, never trust a man with a pinky ring or a woman really into Pink Floyd. These are just common sense facts. However, most things I wonder about. With each passing year the list of things I don’t understand, or things that are in that “gray area” of understanding seems to grow. Technology that was supposed to bring us all together seems to be separating us further and further apart.

And so, I’ve been wondering lately if the iPod and iTunes have destroyed the LP. I am a huge fan of the album. There is something about the unifying concept of the album: unifying sound, lyrical content etc. Without the album how do you come up with “Sgt Peppers Lonely Hearts Club Band”? The whole thing hangs together as the great albums usually do. Even double albums like “Exile on Main Street” or “Blonde On Blonde,” all the songs sound like they belong together.

I know there are always stray songs I like and I will just purchase that one song, but for the most part I’m a catalog kind of fan. I not only buy the album, if it’s an artist I think has some talent, I’ll buy most of their catalog, if not the entire catalog (talking to you Free, my current binge listening obsession). For example, I even own Dylan’s religious-period albums and I can probably be best described as a druid (well, without the flowing, hooded robe, I don’t dress like Gandalf). I’m just that into Dylan’s music. If he wants to warble on about serving somebody, I’m ok with that if its lyrically interesting and I can tap my foot along to the beat or the riff. I’m intrigued by the artist and the dialogue he wants to have with his audience, in LP length conversations. Springsteen talks about the “conversation” he’s having with his fans all the time and I totally get that.

In the old days if there was that stray song you wanted, you were pretty much forced to buy the album anyway. That was good in some cases (discoveries were made), extortion in others. There’s no reason anybody should own Lou Gramm’s “Ready Or Not” album even though “Midnight Blue” was a damn catchy, if nonsensical song. Alas, I owned that record at one time. iTunes has always been great to cherry pick those stray songs, without the investment of the whole album, but that instance is becoming more rare for me. I want an artist who can string together enough content to keep me interested over the course of a long-player, aka LP.

This new single-track flexibility that iTunes provided has a down side. Current fans have moved away from the album toward the song as the basic unit of musical creation. We live in an attention deficit world. I can’t even remember where I left my car keys… but that may be age… Nobody has the attention span for the entire LP. Many artists can’t maintain quality music over the length of an album any more. I think it all started with the multiple CD players. I held out against the CD as I figured it was a “fad”. Finally the Stones released “Steel Wheels” only on CD so I had to break down and buy a CD player. I bought a CD player that could hold 5 discs. Unbeknownst to me, there was a button on the CD player, “Random”, that I could hit, with the 5 CDs loaded and it’d randomly skip from song to song, disc to disc. Suddenly listening all the way through an album was no longer required. If I had a party, Zeppelin 1, 2, 3 and 4, and then some Sabbath, hit Random and wait for the women to complain about the music.

The advent of the iPod took the “random” concept to an extreme with the “Shuffle” setting. Once I had all my cd’s “ripped” to my iPod, I could shuffle randomly through all the 17,000 songs I had loaded (it would appear to me, typing that sentence that my OCD with music has gotten out of hand). Many days, because I’m at heart lazy (a lazy druid,  now there’s a concept), it’s easier to just hit shuffle vs dig through the 100’s of artists and select an album. Although when I have something new, in high rotation, that problems is minimized (thank you, Rival Sons). The Rock Chick hates it when I “shuffle” my whole iPod, our musical tastes are a Venn diagram of sorts – definite intersection/overlap but a lot of my music she’s less than fond of, hence her lifetime ban from B&V. I think the shuffle concept is another thing that eroded people’s ability to sit through a whole album. Gone are the days, when I’d drop the needle on a record, lay down on the couch and scour the liner notes and just let the album engulf me. I think a lot of people today have learned to listen to music in this selective way.

I read an editorial article on rollingstone.com or utlimateclassicrock.com recently about the music listening public’s consumption of cd’s dropping. The gist was something like “cd’s are the last vestige of the LP, why are people abandoning them?” If you’re like me the Rock Chick has outlawed me taking any additional shelf space for CDs with the box-set exception I got written into the contract. So I get it, storage can be a problem. Even Ian Astbury, the lead singer of one of my favorite bands, The Cult has been quoted about abandoning the concept of an LP, hence the “Capsule” releases before “Choice of Weapon” came out. I think all of this is a terrible error on the part of listeners and musicians. As listeners we should be demanding musical artists create an album worth of artistic, meaningful music. Artists should expect listeners to make a similar commitment on our end.

So people, take the time to invest in purchasing and listening to the entire album. Trust me on this, I do not nor have I ever worn a pinky ring. Hold the artist to the album-length quality standard and reward them for doing so with an album purchase, not just the single.