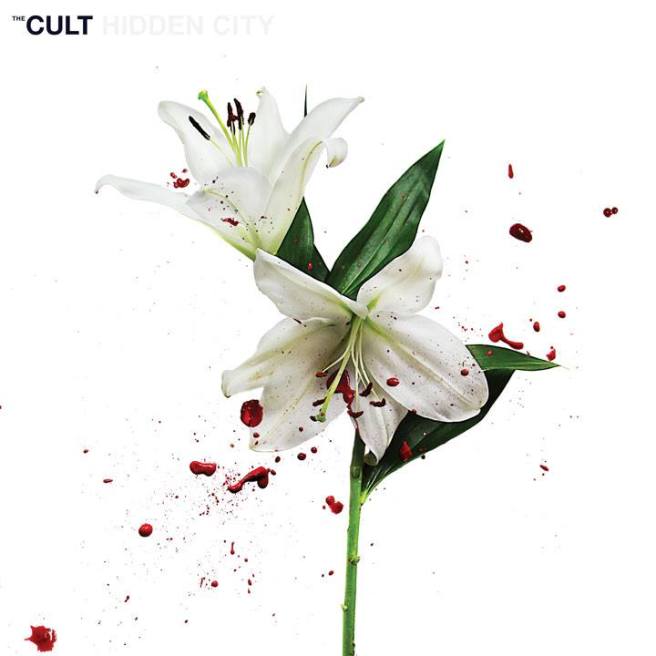 The Rock Chick and I flew up to Chicago over the weekend to catch The Cult’s “Alive In the Hidden City” tour at the Chicago House of Blues. Man, am I glad I went. As I was walking into the lobby of my hotel before the show, I ran into three guys from Decatur, Illinois. One of them, Clint, was wearing a Cult t-shirt and after my two Old Fashion lunch I felt bold so I stopped in the middle of the lobby and asked loudly, “Hey man, are you going to the show.” Oddly, after that brief interaction I couldn’t go anywhere without running into the Decatur 3. Every time I went into a bar, hit the button for an elevator, or at the actual Cult show, I ran into the guys from Decatur. They were true Cult fans, and it was very nice to meet kindred spirits.

That’s the thing about concerts. When you’re into a band, you tend to meet like minded folks at a concert. Especially a show in a smaller venue like the House of Blues. The concert begins to transcend a simple live show. There is an almost spiritual connection you have with the band and the people in the crowd. There was a guy at the show who kept holding up his lighter, that took me back to a pre-cellphone world. Standing on the floor, hands in the air, singing along with the rest of the crowd, I felt a real connection with everyone in the room. After the show Decatur Ron and I were talking about the almost spiritual/religious nature of rock concerts and he agreed with me. There is something about this new material that has The Cult charged up. The only bands I’ve seen pull that type of intimacy off in an arena setting are Springsteen, U2 and The Stones…but I digress.

I must say Friday night at the House of Blues was a special concert. I’ve seen the Cult nearly 10 times over the last 15 years and they were simply on fire Friday. Ian Astbury was more animated than I have ever seen him. He does this skip/kick dance move that has gotten rarer and rarer over the years – not Friday, he was moving like man half his age. He was engaging with the crowd, funny and extremely charismatic. When he’s on like he was Friday, he is the consummate front man. He has an almost shamanic ability to raise the level of the entire room. Friday was one of those nights. He dedicated a song to the late Ray Manzarek of the Doors, made fun of American beer for being piss, and handed out tambourines to those lucky enough to be up near the stage. And not to sound like a chick, but the guy’s hair is long again and instead of slicking it back he was letting the freak flag fly. Dressed in all black with a blazer on, he was shaking that hair all over the place. It just seemed to make it more primal. It was after he gave somebody in the audience some gentle shit for texting during “Hinterland” that the Rock Chick turned me and laughingly said, “My, my, Ian is awfully ornery tonight…” I couldn’t have summed it up any better.

From a technical standpoint, the sound was great. I could tell Billy Duffy was struggling with his first guitar, which looks like the custom Gretsch Black Falcon I’ve been reading about. After two or three songs he quickly switched over to a black Les Paul. He ended the show with that beautiful White Falcon. Ian’s vocals were high in the mix and he sounded great. His voice was strong and very full. You can tell he’s very into this new material, and it has really put a lot of steam in his stride. The oddest thing Friday was the introduction of keyboards to the Cult’s sound. The new rhythm guitar player, who looks like he may be Rob Zombie’s illegitimate child, also doubles as a keyboard player, which was a first at a Cult show for me. The keyboard textures on the new stuff worked but inexplicably during “She Sells Sanctuary” the guy chose to play a piano figure instead of that brilliant rhythm guitar counterpoint to the main riff. It was the only sour note all night.

I was wondering how the new material off the great “Hidden City” was going to translate live. I didn’t have to wait long, as they opened with a muscular version of “Dark Energy”. Needless to say, this new stuff is awesome live. They quickly moved into “Rain” and then “Wildflower”, which was an amazing trio of songs to start the show off. After the always great “Horse Nation” they played another new song, “Hinterland” which was stunning live. About 1/3 of the show was from the new album, and the stuff just sounds great. “Deeply Ordered Chaos” was probably my favorite, but I’m pretty biased about that song. The setlist did take a left turn when they played the obscure “Gone” from “The Cult” album (aka the “Ram” album). I love it when a band goes obscure. I would have rather heard “Spanish Gold” but hey, that’s just me. “Fire Woman” made a reappearance on the set list for the first time in a very, very long time and the crowd went predictably batshit crazy for that one. After a slightly disappointing “She Sells Sanctuary” (rhythm guitar next time, not keyboards new guy), the Cult came back for a great encore with “G.O.A.T” from the new album and then a strong version of “Love Removal Machine”. The night was a tremendous mixture of new material and classic material. My only complaint is that the Cult could have added a few more tunes. I get that 90 minutes is the typical set length these days if you’re not Springsteen, but adding “Rise” or “Dirty Little Rockstar” would have been a nice add.

All in all, this was a great show. If you’re lucky enough to live in a town where the “Alive In The Hidden City Tour” is coming, I urge you strongly to get out and see the Cult. You’re in for a good old fashion, rock and roll evening. I couldn’t help thinking as I was standing on the floor of the House of Blues, I’d rather be spending the night with the Cult, who feel like old friends these days, than sitting at home. Support live music and it will support you!!