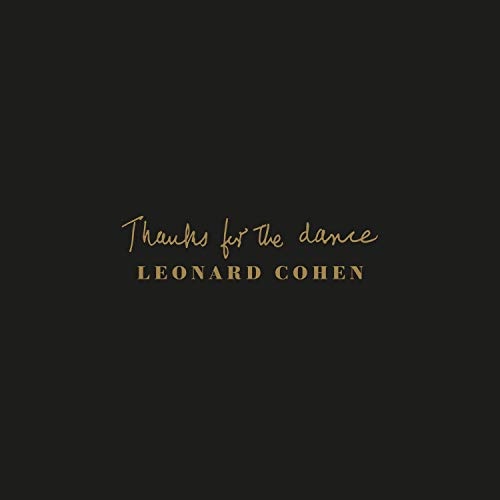 “Settling at last accounts of the soul” – Leonard Cohen, “The Goal”

When I first started collecting records, I was like everybody else I suppose. I was drawn to melody and great singers. I had some Journey, with Steve Perry’s operatic vocals. I had a record or two by those haircuts in Styx. I had a Doobie Brothers album… say what you want about the Doobies but they could harmonize. The Eagles were big for me early on. I think we all like something we can hum along with. Somewhere along the line I began to find singers who were less “perfect” in tone and pitch more to my liking. I got into David Lee Roth with Van Halen or Ronnie Van Zant in Lynyrd Skynyrd. Brian Johnson from AC/DC had a howling scream that was awesome.

Eventually, as the serious young man I was, I began to really get into lyrics. It was inevitable, I suppose. Springsteen was my gateway drug. He had such great lyrics, his songs weren’t just about, well, chicks like VH. Springsteen is a pretty good singer all things considered but soon I was listening to Dylan. Of course that wasn’t until I was in college. When I was in high school singer/songwriters like Dylan or Neil Young were to be scrupulously avoided. You couldn’t get chicks with “The Needle And the Damage Done” playing on the stereo. Somewhere along the line I began to realize that these singers with deeper lyrics, who sang passionately and with real emotion were the better singers. Today I’d much rather listen to Neil Young than say, Michael McDonald. It’s just more interesting.

From Springsteen to Dylan to Neil Young was a pretty easy evolution. For some reason as time passes by and I get deeper into this monolith called rock and roll, I’ve become more and more attracted to singers who aren’t regarded as “great singers.” As a guy said to me in a bar once, “I like Dylan’s poetry but I can’t stand his voice…(Humor: The Helena, AR Town Hall Meeting & Playlist: The B&V Favorite Dylan Covers). Sigh. Lately I’ve been listening more and more to guys like Iggy Pop LP Review: Iggy Pop’s ‘Free’ – An Atmospheric, Stylistic Left Turn and a guy I got into, very, very late in the game, the immutable Leonard Cohen. I didn’t know anything about Cohen until his final album came out, released three years ago, You Want It Darker (LP Review: Leonard Cohen, “You Want It Darker” His Farewell Note, RIP). Until that time I thought he wrote musicals and poetry… Obviously I was wrong…well, about the musicals anyway.

Sometimes when I’m “binge-listening” to an artist I start with the debut album and move chronologically through a catalog. That’s pretty sound reasoning… although I don’t really think there are any rules when it comes to getting into an artist’s back catalog. I bought Closing Time by Tom Waits and have been slowly moving forward through his catalog. He’s another in the “interesting” vocals vein. With Cohen, I’ve done the opposite. I started with his late work – You Want It Darker to Popular Problems which led to Old Ideas. I realize his legend was  made with his first few folk albums, but my favorites are the newer ones, where his voice gets craggier and more ragged. I realize that my penchant for these kind of vocals can only end with me sitting alone in an attic listening to recordings of Robert Frost reading his poetry.

Encouraged by the excitement and exultation caused by the 2016 album You Want It Darker, released a mere three weeks before Cohen’s death, Leonard recorded most of these vocals in those remaining three weeks and left instructions for his son, Adam, on how he wanted the music to sound. I can’t say enough about how lovingly this album has been produced. It’s the sound of the culmination of Leonard’s career. It’s hard to believe he wasn’t more involved in crafting the music than a list of instructions. Adam Cohen brought in some top notch collaborators to play the music here from Beck and Daniel Lanois on guitars to Leslie Feist and longtime Cohen collaborator Jennifer Warnes on vocals. This album is truly stunning.

I don’t think there’s an artist, other than Prince, who could combine the spiritual with the sensual the way Cohen does. He could write a song about Janis Joplin giving him head at the Chelsea Hotel (“Chelsea Hotel #2”) or spend years living quietly in a Buddhist Monastery. Much of Thanks For the Dance sounds like a whispered prayer. This is no collection of outtakes, this is a fully realized album. The instruments are hushed and the voice – like that of a grave or a tomb – is center stage. Everything on the album is in the service of the vocals. And while I feel a spiritual tug when I listen to this album, Cohen comes across as that really cool uncle who might just steal your date at Thanksgiving. So powerful are his vocal performances I had listened to the album four or five times before I realized Cohen speaks his lyrics more than sings them. The cadence of the words has a melody all its own. Lyrically, he’s up to his usual arresting best.

The album opens with “Happens To The Heart” which I consider to be one of Cohen’s greatest songs. As I mentioned, the song is like a summation of all that came before it. It’s sexy and yet world weary at the same time. To think that he could summon this kind of creativity while literally dying is pretty amazing. To describe his vocals as sepulchral is an understatement. I’m reminded somewhat of Bowie’s Blackstar as I listen to this. There’s a lovely piano figure and acoustic guitar on “Happens to the Heart.” It’s a perfect song.

There’s so much more to like here. “Moving On” is a wonderful track about lost love. The line that will always haunt me here is, “Now you’re gone, as if there ever were a you…” He sings here, in a line that makes me think of the rock chick, “I loved your face, I loved your hair, your t-shirts and your evening wear.” I’ve had more than one conversation like this in my life time… too many breakups to even count. “Whose moving on, whose kidding who?”

“The Night of Santiago” is almost like a period piece set in a Latin capitol somewhere. It’s about a night of passion shared with a married woman down by the river… “her nipples rose like bread.” A lot of great Spanish guitar. His close mic’d vocals on this track are really the star. “Thanks For the Dance” is a great farewell from Leonard…in a plea to not get too deep about it all, “stop at the surface, the surface is just fine.” His own mortality was clearly present on his mind in two tracks here, the brief “The Goal” and “The Hills.” In “The Hills” he sings, “I’m living on pills for which I thank God.”

Perhaps the most powerful song here is Leonard’s rumination on politics and the state of the world, “Puppets.” Adam Cohen brought in both a Jewish choir and a German choir on backup vocals. Its pretty chilling to hear him sing, “German puppets burned the Jews, The Jewish puppets did not choose,” especially in light of the rise of nationalism around the globe. I recommend everybody check that tune out.

This is a truly beautiful statement from one of the greatest artists, poets, and yes, singers in my lifetime. I know the vocals aren’t for everybody but if you’ll focus on the lyrics and the emotions inside them, you will be rewarded.

3 thoughts on “LP Review: Leonard Cohen’s Posthumous ‘Thanks For The Dance’ – A Haunting Elegy”