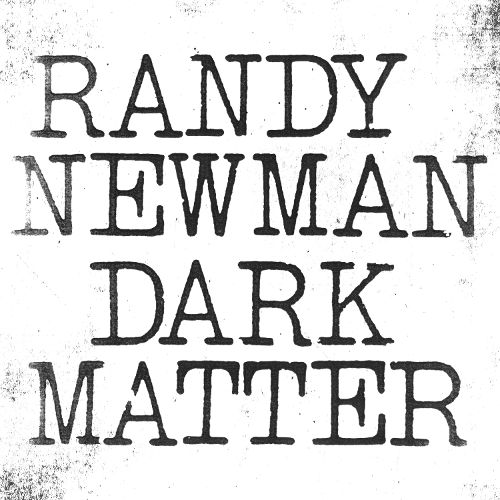 We here at BourbonAndVinyl tend to lean mostly toward harder, classic rock, but as many of you have seen, our musical spelunking can lead us in many different directions. I know full well that I may lose some folks on this post… I don’t know if there’s a more divisive artist than Randy Newman. My college roomie, Drew, is the only person other than me who I know owns any of Newman’s albums.

An old friend of mine from high school and I reconnected recently. We were trading emails when he asked the eternal rock n roll question… “what is rock, and how do you define it?” Many rock bands jump genres or do ballads. Are those still rock? It’s a thorny question, that I believe was first debated by Socrates and Plato… I don’t have any real answer, but to me, it’s about the integrity with which the artist approaches his music. In my view, Randy Newman is just as much rock as say, the Eagles or Neil Young.

Of course, a sense of humor is never something that’s valued by rock fans. We all loved David Lee Roth’s humor but it was always leveled out by Eddie Van Halen’s glowering seriousness. Once Roth split from Van Halen the class clown act lost it’s charm pretty quickly. It turns out people were more into the “Mean Streets” side of the equation vs “Big Bad Bill Is Sweet William Now.” Frank Zappa and Warren Zevon often inserted a dark sense of humor into their songs but neither had the commercial reach of artists similar but less talented. Randy Newman has always had the darkest, most biting sense of humor of anybody in music. I would almost venture to say he’s the greatest American satirist since Mark Twain. His biggest song, “Short People,” was one of the funniest songs and most misinterpreted songs of all time. It was supposed to be an anti-bigotry song but the joke was lost on a lot of the under six-foot tall crowd. To judge Newman on that one song is like judging Zevon solely on “Werewolves Of London,” which is way too narrow a sample size. Personally, I always preferred Zevon’s “Carmelita,” but I’m getting off track here…

I always loved Newman’s classic 70’s albums. ’12 Songs,’ ‘Sail Away’ and ‘Rednecks’ are simply put, masterpieces. I love his Fats Domino-style piano and his slurred lyrical delivery. It’s obvious he spent a lot of his childhood in New Orleans and that comes out in his piano sound. My favorite of his early albums, or the pick of the litter for me, was always ‘Sail Away.’ Newman had a knack for biting social criticism but at the same time, he wrote gently moving, personal songs. Most of his records seem divided by the two sides, sarcasm and sentiment. It’s always the funny guys who have the biggest hearts, we’re all just hiding behind our wit.

I liked ’99’s ‘Bad Love,’ but I would probably describe it as a good Randy Newman album, not a great one. When he finally took a break from his day job scoring movies for Pixar and returned in 2008 with ‘Harps and Angels’ I was delighted. That album is a great Randy Newman album. The title track is hysterical. “A Few Words In Defense of Our Country” is the perfect epitaph for the W years. While, on the same album, “Losing You” is just a beautiful Randy Newman ballad.

Now, Newman has returned nine years later with ‘Dark Matter.’ At this rate, the next Randy Newman album will be out in 2026. I hope he’s doing push-ups and taking his vitamins. Since he only puts out albums once a decade, I felt like it was important to shine a light on this release. I fully realize that any listener’s interest in Newman, much like the recent work by Roger Waters, will largely depend on your world view. Newman is an admitted atheist, and that has always informed his work including ‘Dark Matter.’

The first third of this record are grand, epic, political songs. They’re almost like musical theater. You can tell Randy scores movies as each of these songs are heavily orchestrated. The opening track, “The Great Debate” is basically the Scopes Trial set to music. Randy plays the narrator on what sounds like a game show, where a group of scientists have gathered to debate a group of religious enthusiasts. Whenever the scientists give an answer, the music turns sour and the answers come across as right but uninspiring. When, as the narrator, Randy turns to the religious group, they merely sing, in ecstatic voices, “I’ll take Jesus, I’ll take Jesus, I’ll take Jesus every time.” Based on music alone, the religious side wins, going away. While science is portrayed as empirically correct, it’s passionless and while religion is, sometimes, shall we say, misguided, at least they’ve got the passion. No wonder these two sides can’t get along.

“Brothers,” the second song on the album is Randy imaging JFK and RFK standing in the Oval Office, discussing of all things, the Redskins… The brothers conversation turns to the Bay of Pigs invasion. At first resistant to the idea of invading Cuba, JFK realizes he wants to back the plan because he’s in love with a lounge singer in Havana… It ends with JFK and RFK singing a Latin-flavored ode to the aforementioned lounge singer. Odd premise, but frankly, not all that unbelievable. The triptych that begins the album ends with a funny rave up of a song for the leader of Russia, “Putin.” It came out a few months ago as a single and it’s trademark Randy Newman smart ass.

On the sentimental side, there are several songs sprinkled on this album that I really like. “She Chose Me” is a song that I wish I’d written for my wife, “the most beautiful girl in the world, and she chose me…” And yes, “every night I thank the lucky stars above me that someone as beautiful as she could love me…” I want that song played at my fucking funeral. “Lost Without You” is another heart rending song, told from the perspective of a man whose wife is dying. He gathers their children, “just the blood this time.” It’s apparent the children aren’t crazy about dad. The dying mother enjoins the children to take care of their father after she’s gone. Set to mournful piano and strings, it’s a moving piece of music. “Wandering Boy” is another song about a son estranged from a father. I begin to wonder how things are at home for Randy…

There’s some other fun stuff along the way here too. He sings about one of the blues’ biggest mysteries for me in the great song, “Sonny Boy.” There was an original Sonny Boy Williamson who sang “Good Morning Little School Girl.” I’ve always been confused because I’ve seen songs listed as being by Sonny Boy Williamson 2. I always thought it was a junior. Apparently there was another harmonica playing blues singer named Rice Miller who just decided to start telling people he was Sonny Boy. To make it worse, the real Sonny Boy was accidentally shot and killed at a young age, outside the scene of a robbery while on his way home from a gig. Randy’s song is basically Sonny Boy looking down from Heaven wondering how the hell this other guy got to be called Sonny Boy Williamson.

“On The Beach” tells the story of a guy who dropped out of high school and became a beach bum. Well, not a bum, but it “twas in reach.” It’s got a great rollicking piano. Not enough can be said for the great piano work through out this album. Finally, the only song that didn’t feel like it fit on this album was “It’s a Jungle Out There.” I think it was something Randy did for a TV show or a movie. It feels a bit grafted on here, but it’s not a bad tune.

I really like this album, and I would recommend it to anybody who likes Randy Newman. If I was to compare it to his recent works, it’s probably closer to ‘Bad Love,’ which is a good Randy Newman album, but not a classic like ‘Harps And Angels.’ As always with Randy, you’ll want to bring a sense of humor with you. At the very least I’d highly recommend checking out “She Chose Me.” I slipped that one on for the wife, and let’s just say, I avoided having to sweep out the garage this weekend…