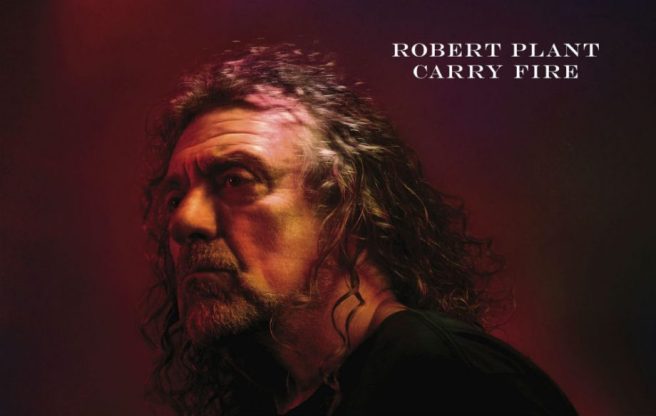 “It’s just a spring clean for the May Queen…” – “Stairway To Heaven,” Led Zeppelin

I am consistently amazed and impressed that artists can still surprise me. My corporate overlords had me traveling this week, as usual, and while suffering through the interminable wait for my flight home, I started checking out what the kids call, “the social media.” There were several indications that Robert Plant was up to something. His website had gone dark. It was literally just a black page. If you remained on the website long enough, letters started to rise to the surface, like a body floating to the top of a lake. Eventually the letters spelled out the phrase, “A Way With Words.” This was merely 48 hours ago…

The music press immediately began to buzz about a possible new album from Plant. I’ve been expecting a lot of new music over the coming few months – Beck, Van Morrison, maybe the Stones, Neil Young, Queens of the Stone Age – all have albums coming. I had no idea Plant was even in the studio, he wasn’t on my radar, and my radar is usually pretty good. We haven’t heard from Robert since 2014’s excellent, but alas, largely overlooked ‘lullaby… and the Ceaseless Roar.’ I couldn’t sleep last night, insomnia is my cross to bear, and so I got up and logged on. I was bouncing around the internet and realized, yes, Robert Plant is going to release a new album in October, entitled ‘Carry Fire.’

Best of all, a new single, “The May Queen” has been released as the first track. I downloaded it immediately. His backing band, like on his last album, are the superb Sensational Shape Shifters – Liam “Skin” Tyson, Justin Adams on guitar, Juldeh Camara on “West African” instrumentation, Dave Smith on drums, Billy Fuller on bass, and John Baggot on keyboards. These guys blend folk, rock and “world” music seamlessly. I bought a live record these guys did in Buenos Aires from 2012 and I just love it. Plant has been intent in the latter stages of his career in blending all sorts of different roots music – Celtic, Americana, African and even Welsh. It would appear he thinks all of this music springs from the same source, so why not mix it all together and see where it takes him. He’s quoted as saying he wants to blend his old music with something new. He’s certainly done that here. I love his sense of exploration. A lot of folks may be pissed that he’s not getting back together with Zeppelin (give it up folks, no means no), but I love what he’s doing at this stage in his career.

The new track, “The May Queen,” is a great start. I can’t find any writing credits on the web, although I searched extensively. With a name like “The May Queen” I thought it might be a traditional folk tune or a cover, but I believe Plant wrote this. The lyrics certainly seem Plant-ish and of course, The May Queen shows up in “Stairway To Heaven” so we have to assume this is Plant’s writing. The song is driven by a repeating acoustic guitar riff. There is some great African or “world” percussive elements. As has been case with most of his latter music, the vocals are front and center. Plant’s voice ages like fine wine, only getting better as time passes. There is a nice violin that accents the song as well. It feels folky and world beat all at the same time. The first line “Lay down in sweet surrender, your love’s so warm and tender,” embraces you like an affectionate hug from an old friend… I just love where his voice is right now.

This is a superb opening track, reminiscent of the first track from ‘lullaby,’ “Rainbow,” which was a track that is still in high rotation here at the house 3 years after it’s release. I highly recommend you check out this new Plant track. All these years later, he’s still exploring, digging through the past to find something new. It’s been a lot of fun to listen to. And, best of all, he’s released it just in time for his birthday, this Sunday August 20th. I look forward to spinning the new record when it arrives in October…

One thought on “Robert Plant: “The May Queen,” The New Song From The Upcoming ‘Carry Fire’”