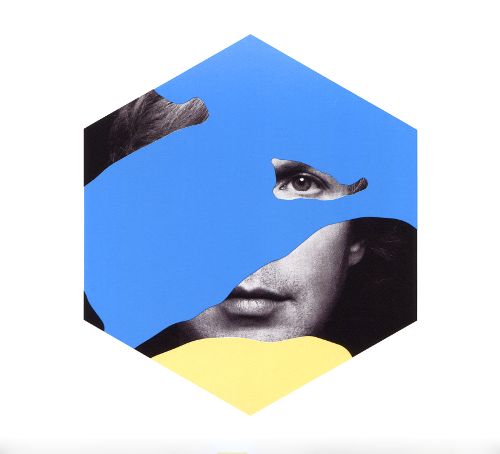 I so wanted to love this album. It’s been such a long time since Beck has put out an “upbeat” record, it felt like ‘Colors’ was long overdue…

Beck’s career started with the great 90’s “slacker” anthem “Loser.” That song was everywhere and we all loved it… “I’m a loser baby, why don’t you kill me.” It seemed to capture the mid 90’s, grunge zeitgeist in one, funny, word-packed song. His wordplay on that song almost had me convinced he was Bob Dylan’s illegitimate son. I thought, this song is funny, but this is obviously a one-hit wonder. We’ll never hear from this Beck kid again… Like most people, I didn’t take the time to check out the fabulous album that “Loser” came from, ‘Mellow Gold.’

In my mind Beck’s career seemed a lot like the Beastie Boys. The Beastie’s had captured the spirit of the mid-80s with their party anthem “Fight For Your Right (to Party)” in much the same way as Beck in the 90s. We all thought the Beasties were one-hit wonders as well. No one ever expected them to disappear for three years and return with their masterpiece, 1989’s ‘Paul’s Boutique.’ It appears there was a lot more to these Beastie Boys than we realized. And in much the same way, no one expected Beck to return in 1996 with his masterpiece, ‘Odelay.’ It was only then that many of us turned back to ‘Mellow Gold’ and thought maybe we should have seen it coming. It seems there was more to this Beck character than we realized…Isn’t it funny how life is really a bunch of a repeatable patterns… not to go all Zen on you.

While ‘Odelay’ set the template for much of what followed from Beck, dark, alternative rock dressed up with some pop flourishes and samples, Beck did take a left turn on his follow-up record, ‘Mutations.’ It would have been easy for Beck to follow-up ‘Odelay’ with ‘Odelay 2 – Son of Odelay’ or ‘Odelay, the Sequel.’ If you know what I mean… anyway, ‘Mutations’ was an acoustic-based album full of dark meditations. I especially liked “Nobody’s Fault But Mine,” and “Cold Brains.” In many ways, ‘Mutations’ set up Beck’s parallel career. He’d come out with a noisy album or two but then retreat to his acoustic side much in the same way that Neil Young used to do.

‘Mutations’ was followed by Beck’s funky, porn-soundtrack-like ‘Midnight Vultures.’ I wasn’t as big a fan of that one, but it veered more toward’s Beck’s ‘Odelay’ sound. He followed ‘Midnight Vultures’ with the sensational acoustic album, ‘Sea Change.’ Inspired by the break-up of a long relationship, ‘Sea Change’ was Beck at his most emotionally naked. As a man who is no stranger to that feeling, I really responded to ‘Sea Change.’ True to form, after ‘Sea Change’ Beck veered back to his noisier side. He released a series of records that were all uniformly strong. My pick of the litter is ‘Guero.’

In 2008 Beck released the oft-overlooked ‘Modern Guilt.’ It was produced by the infamous Danger Mouse and while it was as strong as anything he’d put out since ‘Sea Change’ it didn’t really have a hit single that took off. It remains, for me, one of his stronger albums. It’s very alternative rock, but with anything Danger Mouse, there are pop-flourishes. The lyrics tend toward the darker side of Beck’s experience. “Orphans,” and the title track really stuck out for me… It was while filming a video for one of the singles that Beck hurt is back. Apparently it was pretty serious. It was thought that he would never be able to perform again.

Hence, we didn’t hear from Beck again until 2014 when he returned, thankfully healed, with another masterful, acoustic album, ‘Morning Phase.’ While the Rock Chick is always more drawn to his noisier stuff, she put ‘Morning Phase’ into high rotation without any prodding from me. I was glad to see him back but I had to wonder… would Beck ever really rock out again. It was two years ago in 2015 that Beck put out “Dreams,” which I thought was a one-off single, but it’s actually on ‘Colors.’ Over a year and a half ago, Beck put out what I thought would be a first single to an upcoming album, which I guess it eventually became, “Wow.” (Reviewed on B&V previously, Beck’s New Single, “Wow”…”Giddy Up, Giddy Up”), making this the slowest album roll out since The Pretenders released the first single from ‘Learning to Crawl’ in 1982 and didn’t release the album until January of 1984, unheard of back then. “Wow” was a vintage Beck song. It’s catchy, it has pop-flourishes but at it’s heart lies an alternative rock song. But after it came out… we just had to wait. And wait. And wait. Until finally this last week Beck released the new album, ‘Colors.’ He did tease the record with the release of a couple more songs also reviewed here, Beck: Two New Songs, “Dear Life,” “Up All Night,” And Finally, New LP ‘Colors’ Slated For Oct.

‘Colors’ was produced by the now ubiquitous Greg Kurstin who’s work on Liam Gallagher’s first solo album was recently reviewed on B&V. Kurstin is probably more well known for working with Adele….which probably should have been a sign of things to come. I heard Beck interviewed on SiriusXM radio and he said while playing live he realized that much of his music is rather mellow. He went into the studio with the conscious plan to make an “upbeat” record that would get people moving when he played live. I’m guessing that the songs on ‘Colors’ will have that desired reaction.

All of that said, however, Beck and Kurstin have altered Beck’s formula here. Rather than alt-rock songs with pop flourishes, this is pop music with alt-rock flourishes. I was stunned at how shallow this record is. “No Distractions” sounds like it could have come from Katy Perry. He sings the words, “Boogie to the left, boogie to the right.” My God man, where is the guy who wrote “Baby, you’re a lost cause?” The song “I’m So Free” is probably the worst thing I’ve heard Beck put out. I typically try to stay as positive as I can, there’s enough negativity in the world, but “I’m So Free” is just unlistenable. He pronounces the word “free” like my daughter’s friends, “fruh.” The horror, the horror.

“Up All Night” was a song that I liked on first listen. But after a few spins I find myself skipping it. It sounds like something Weeknd recorded. So much of this record passes by, sounding the same, with little to no lyrical content to attach to. “Colors,” “Seventh Heaven,” and “Square One” are all nice, tight, danceable pop tunes. I’m just not a fan of nice, tight, danceable pop tunes, or pop tunes of any kind.

There are some positives. I still love the track, “Wow.” All the stuff that he released early, “Dreams,” and the great, Beatlesque “Dear Life” are great tunes. There is one ballad on the album, “Fix Me,” that is more in tradition with what I’d expect from Beck. It’s not that I would begrudge any artist the freedom to try different things, wear different hats, but this album left me cold. The Rock Chick gave it one listen and was done with it and she’s as big a Beck fan as I am. I hate to say it, but Beck just missed the mark here. Although, I’m sure he’ll see some dancing at his next show… I just won’t be there.

Sadly, I can’t recommend this album. However, I would recommend checking out the select tracks mentioned above and in previous reviews… If life is a set of patterns, I look for a stunning acoustic record up next from Beck… and I’d be OK with that…