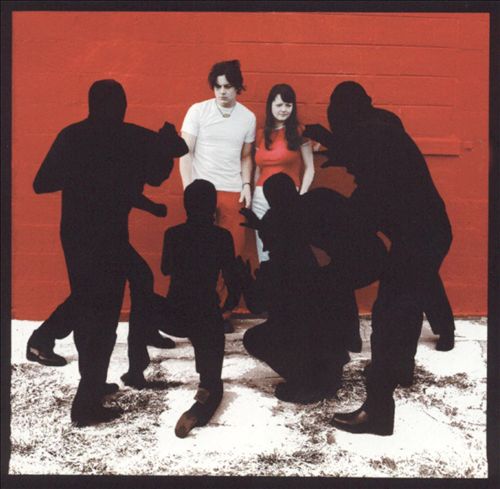 The dawn of the new millennium saw a lot of changes for me. In the decade leading up to that landmark year of 2000 I had moved around a lot living on both the Kansas and Missouri sides of the Kansas City state line. I seemed to bounce from apartment to apartment every year or year and half. Perhaps that’s why I always felt like a gypsy despite living exclusively in the area codes of 816 and 913 the entire time. I was always in a constant state of flux. I never even took the time to take everything out of boxes or hang any pictures on the wall. Mine was a Spartan existence, capital letter on purpose… Of course in those days I never wanted to own anything I couldn’t carry to the car in the dead of night while the sound of sirens got closer and closer. I still had my original record crates back then to facilitate getting my albums to the car easily…say what you want, but my priorities were definitely in order… I never wanted to commit to anything that might slow my exit, should it become necessary, and it always seemed necessary.

In the year 2000 all of that changed. I remember as a kid always doing the math on what my age would be in the year 2000 where I expected robot butlers in every home and flying cars… maybe an Earth colony on Mars. I thought the Jetsons cartoon was prophecy. Well, none of that happened. While I did that math on how old I’d be in 2000, I never really thought about what my life would be like then or in the years after it. Things did start to get better for me around that time. My job situation got better. I actually started looking for a house, something my commitment-phobia would never allow prior to that. Things just started to stabilize for me. And when I stopped emitting all that gypsy, rootless energy I finally met a stable, solid woman. Yes, the Rock Chick entered my life.

By 2001, we were living together in a house in Brookside, south of my beloved Plaza in the heart of Kansas City. Alas, my record crates, like most of my pre-marriage property ended up on the curb. Farewell futon, farewell olive colored couch, farewell to my glass kitchen table. Time to make room for new, improved, Rock Chick approved home furnishings. Getting rid of all my stuff was traumatic but I have to admit, I hadn’t had a roommate in years and now I was living with the Rock Chick and her somewhat hostile daughter… thank God for Bob Marley. I had gone from gypsy to Evil Stepdad in the span of a year.

The turn of the millennium was not only a transitional time for me, so too music was in a state of flux. The Grunge movement which had dominated the first half of the 90s had faded away. Kurt Cobain had sadly taken his own life. Soundgarden had broken up. Layne Staley of Alice In Chains had practically disappeared into a heroin haze. Pearl Jam released Binaural which was a solid LP, but I felt it fell short of the heights of some of their previous work like Ten, VS, Vitalogy or even Yield. It just felt like Pearl Jam wasn’t swinging for the fences anymore. True, Grunge had punched itself out by the latter half of the 90s but it had given way to what they were then calling “alternative rock.” There was some really good stuff that came out during the late 90s but I had done what I had done in college – I’d turned backwards in time to music from previous decades. I was really into the Velvet Underground and the Clash at the time. I did catch some of the great alternative stuff that was coming out like Fiona Apple or Beck, I wasn’t completely unaware. I was also looking into some of the singer songwriters that I’d missed: Lucinda Williams, Lyle Lovett and John Hiatt. I just didn’t feel connected to current music any more, something I never thought would happen. I was concerned at the time that Grunge was the last great musical movement.

I was lucky when I met the Rock Chick for many reasons, but one of the foremost was her music taste. She turned me onto a lot of stuff that I’d missed or ignored: The Cult, Social Distortion, Motley Crue and Green Day. Luckily for me she was also a little more connected to the rock music that was then current. I started tuning back in to the radio and what was going on. At the time there was this new “Garage Rock” thing going on. I couldn’t help but think, “Garage rock, Hell yes, deal me in.” There were all these bands playing loud, fast rock n roll. On paper this should have been perfect for me. There were the Von Bondies, the Hives with Veni Vidi Vicious or Hot Hot Heat who an ex-girlfriend sent me a CD from. The Rock Chick was particularly into the Yeah, Yeah Yeahs and Karen O. I jumped into the fray on this whole scene with the band that had most the hype, The Strokes and their debut LP, Is This It? I know this will be considered blasphemy by the rock n roll faithful who follow B&V but the Strokes just left me cold. They came across like hipster kids with rich parents. I couldn’t dig the lead vocalist at all. It sounded like he was singing through a running fan. I was on the verge of giving up and going back to my Clash albums when a band emerged to save me… that band was the White Stripes.

I was actually watching some MTV Awards show and they had the White Stripes play the final song of the night. “Honey, who is this? Is that a chick on drums? Where’s the rest of the band?” The Rock Chick quickly played me the “hits” they’d been playing on the radio, “Dead Leaves On the Dirty Ground” and “Fell In Love With A Girl.” This was the garage rock I had been searching for. I was convinced this was the next great band. With a little research I found that these tracks were from their third LP, White Blood Cells. I quickly decamped to the record store – lets be honest, the CD store – and picked up this album. Little did I know that I was holding the White Stripes’ landmark, breakthrough album. As I wrote last year about their Greatest Hits album, to paraphrase, I fell in love with a band.

The White Stripes were Jack White on guitar/vocals/keyboards/songwriting/production and Meg White on drums. Just typing out “Meg White on drums” seems reductive because she was a monster on the kit. Much has been said of her “caveman” style of drumming but that simple, straightforward yet visceral attack on the skins allowed Jack White to soar on guitar and vocals. When I saw them live – and I did so on two subsequent tours after White Blood Cells – Jack would always wander the stage, shredding on guitar but he always ended up back at the drum kit, the heartbeat of the White Stripes’ sound. Jack would always introduce Meg as his “sister” but in truth they’d been married and were divorced. Jack said later that he was telling people Meg was his sister to avoid that “Fleetwood Mac drama,” which actually makes total sense to me, but I love Fleetwood Mac.

There is so much to love on White Blood Cells. There’s the aforementioned “hits” like “Dead Leaves On the Dirty Ground” and “Fell In Love With a Girl.” I loved that they had this guitar-forward garage rock thing but I could hear blues in what they did. Probably more so on their 2 earlier LPs, but it’s still there on White Blood Cells on great tracks like “The Same Boy You’ve Always Known.” They could also go acoustic with great success on tracks like everyone’s favorite, “We’re Going To Be Friends,” which sounds like Rubber Soul-era Beatles. Rock tracks like “I’m Finding It Harder To Be A Gentleman,” “The Union Forever,” and “Offend In Every Way” continue to resonate with me. They could be frantic and intense and I just loved it. Everyone should have White Blood Cells.

I was doing research on the 50th anniversary of a number of legendary LPs from 1971 recently, and I didn’t realize it’d been twenty years since White Blood Cells came out. If you’d asked me about an LP from 2001 I’d have said, “Yeah that’s about 10 years ago, right?” To celebrate the 20th anniversary of this fabulous record, Jack White and the folks down at Third Man Records have released a “deluxe” edition of the album. Much like Lou Reed’s deluxe edition of New York last year, White Blood Cells (Deluxe) is the original LP with a bonus disc containing a live concert where the Stripes play WBC in it’s entirety from start to finish. On Lou Reed’s New York Deluxe Edition, they pieced together the live performance of the LP from different performances. Despite that it hung together… Unlike that, this performance by the Stripes is one show. They recorded this at a show at The Gold Dollar club in Detroit (now gone apparently). Jack walks on stage, introduces his “sister” Megan and says, “We’re going to perform our new album White Blood Cells in it’s entirety for you.” That’s about all he says to the affectionate crowd. He does mention at the end, that they’d played the same room a few years earlier and there were only about three people in the audience… I’m guessing from the sound of it there were a few more there the night they played this show.

It’s probably no surprise, but I love this live performance. It feels more raw, less polished than the studio LP. Not that the studio LP was overly “polished.” Meg White’s drumming in particular is ferocious. As I said, I got to see this band twice and I always thought they brought it. It’s nice to hear them come out and go from quiet to loud, hard rocking to ballad and do so seamlessly. They completely nail it in these performances. I can only say I wish I had been there. The question I always ask myself on these “deluxe” packages is, is it worth? First and foremost, if you don’t already own White Blood Cells, buy the deluxe as you will absolutely want this live concert. Even though I already own this album I am absolutely purchasing this deluxe package as I think the live set is absolutely worth it. Any live White Stripes – or live Jack White, for that matter – you can get your hands on, do so. If I have any complaints, its that there is no bonus studio material… I guess we’ll have to wait on that for the 30th anniversary…

If anything, this music has me thinking back to those fun early days of becoming a family. I have intensely positive memories tied to this music… Luckily it’s kick ass music. And this live performance of the record only enhances it in my estimation. The White Stripes were such a great band. I’d love to see Meg come back from out there in the wilderness and play with Jack again… if she still even plays. I will always tell people to get into the White Stripes. They will go down as one of the greatest rock band ever… if B&V has any say in the matter. This titanic live performance ought to help seal their fabulous legacy.

3 thoughts on “Review: The White Stripes ‘White Blood Cells (Deluxe)’ – Revisiting the LP That Made Them Famous”