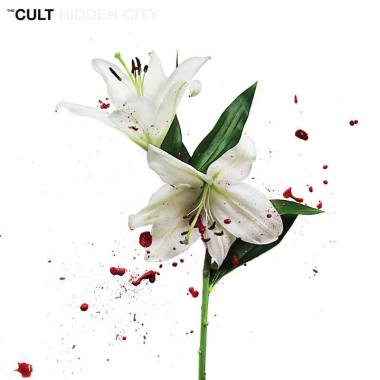 In the interest of full disclosure, I have to admit, I was late getting on the Cult’s bandwagon. Truth be told, my wife turned me onto the Cult. In the 80’s, which might be described as their “heyday” I was busy listening to music recorded in the 70’s. I didn’t have time for the Cult, Motley Crue or Metallica in the 80’s. I was busy spelunking for older music. Not to compare the Cult to Motley or Metallica. The Cult are one of the few groups I hear on hard rock/heavy metal stations and alternative rock stations. They have a certain “undefinability”. Their 80s albums – “Electric”, “Sonic Temple” and my favorite, “Love” are now standards in my record collection.

I owe all this, as I’ve said, to my wife, the “Rock Chick”. I got turned onto the Cult about the time they released “Beyond Good And Evil” in 2001. It was an outstanding return from an extended hiatus. It is a shining example of an album put out by a band later in it’s career. Excentuating their strengths without becoming nostalgic for those 80s albums. If the record company had been more supportive, this album could have been a monster. The first single from “Beyond Good and Evil” was a song called “Rise”. It’s not only my favorite song on the album, it may be one of my top 2 or 3 Cult songs, period.

In 2007, after another extended break, the Cult returned with their album “Born Into This”. “Born Into This” was another strong late period record for this band. The first single on that album was also amazingly strong, “Dirty Little Rock Star”. I still love to quote that song to my wife when we’re out partying…”you sick little hipster”. It was a great first salvo from another great Cult album.

In 2012 the Cult released another great album in “Choice of Weapon”. I saw them several times on the tour in support of this album, and the songs are even better live than on the record. Technically, the first single from “Choice of Weapon” was a song called “Lucifer”, again a catchy start, maybe not as strong as “Rise” or “Dirty Little Rock Star” but it was a damn fine rock song. Astbury said from the stage the night I saw him, to introduce “Lucifer”, “it’ll take the world 10 years before they figure out what this is about”. Ah, Ian. Prior to “Choice” coming out the Cult released a series of music “Capsules”. The first one they released, and the first single from this batch of songs was actually “Every Man, Every Woman Is a Star”. That too is an amazing first song, especially after a 5 year absence. The wife kept that one in high rotation at the house when it came out.

Which all leads me to “Dark Energy” from the upcoming February album, “Hidden City”. Apparently this album completes a trilogy of albums that began with “Born Into This”. Taking only 4 years between albums is almost a record these days for the Cult. As the Cult have such a strong history of great first singles, I bought “Dark Energy” the moment I discovered it was out. The song starts with some tribal drumming from John Tempesta who has been on board since “Born Into This”. Quickly Billy Duffy’s guitar (hopefully his Gretsch White Falcon) comes careening into the song. I was elated, here we go, another great first single. One of the strongest weapons the Cult have is the amazing baritone of lead singer Ian Astbury. He is simply put, one of rock’s great, under appreciated front men. So, naturally I was stunned when his vocals started and they are buried down in the mix. Don’t get me wrong, Tempesta’s drumming and Duffy’s guitar are enough to carry this song, but after a couple of listens I realized, this song has no chorus that I could discern. There’s no hook? “Don’t bore us get to the chorus”. The lyrics of “Dark Energy” come across as a litany of warnings or complaints, depending on your view point. It certainly lives up to it’s title, dark.

I have no fear this will be yet another strong Cult album. The more I listen to this single the more I like it, it’s a grower. But, I must admit, after “Rise”, “Dirty Little Rockstar”, “Lucifer” or, if you will, “Every Man, Every Woman…” I was a touch disappointed but only because I love Ian Astbury’s vocals so much. Billy Duffy is a riff monster on this song, so it is still absolutely worth a purchase but be prepared to spend some time with this song. The reward is there, but it doesn’t become apparent until the third or fourth listen. So enjoy all you “sick little hipsters” out there!

So that’s my take folks. Pour something strong, and as always… Cheers!