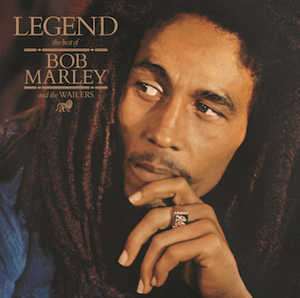 Through a series of bad decisions and misadventures, that I wouldn’t trade for anything, I ended up being single into my thirties. It got to the point where my parents were beginning to drop hints at the holidays about their support of any alternative lifestyles I might be considering or concealing. Meanwhile my buddy Tom and I were setting new record lows in depravity amongst the female population of our hometown. My parents were so concerned that they’d started to come downtown to my neighborhood to eat lunch with me on the weekends because they thought I might be “at risk.” What exactly I was at risk for was never articulated…

My philosophy toward children in those days was fairly straight forward. To paraphrase the classic movie “Barfly,” when it came to children, “I just sort of feel better when they’re not around.” I had never had a yearning to be a parent like my best friend Doug who I was convinced could carry a baby to term even though he lacks a uterus. I seemed content careening from one bad relationship to another. I ping ponged between pursuing unattainable women with no interest in me to dating women who dug me that I had absolutely no interest in. I never wanted to join a club who would have me as a member, as the saying goes. It was an unhealthy pattern, but hey, it was my pattern and I was comfortable with it. I lived contentedly alone save for my rather large collection of vinyl records.

And so, as it tends to do, the Universe sent me a test in the form of the woman of my dreams. She was smart, funny, articulate, a well propertied woman, the most beautiful woman I’d ever known and most importantly she liked music. She really liked music. So much so that early on I dubbed her, “The Rock Chick.” How was this a test? Stop the press: The Rock Chick had a daughter. This was a real Rubik’s Cube situation for me, the man-child, to suddenly be regularly in the presence of an actual child. I quickly realized I was going to have to moderate my use of the word “fuck,” which was too bad as it was my favorite word. Until meeting my step-daughter, I thought the world revolved around me. My step-daughter at the time was under the misguided idea that the world revolved around her. The immovable object had met the unstoppable force. I couldn’t help but think, this is going to be difficult. And let me tell you, it was.

The first time my stepdaughter came into my apartment for a Christmas party I was having… she wandered up next to me at the stereo, where I was DJ’ing… and picked up the sleeve to one of my LPs and said, “What is this?” I couldn’t help but think, in a very judge-y way, “You don’t know what an album is, my God girl, your mother has failed you.” I merely told her it was a record album, with music on it. “Like a CD?” she asked innocently. I nodded sadly, “Not really, the sound is better…oh, never mind,” and sighed. When inevitably the Rock Chick and I moved in together I was forced to institute the First Rule of the House – Don’t Touch The Albums. Whenever my stepdaughter wanted to have friends over for a sleepover or what-not, I’d always ask, “What’s the first rule?” She would recite the mantra, “Don’t touch the albums…” I couldn’t help but smile, Obi-Ken has taught you well.

Needless to say I was ill-equipped to be a stepfather. My stepdaughter, who had been living alone with her mom for over five years when I showed up, found it difficult to suddenly have a stepfather-interloper. For a long time she referred to me as “the guy who lives upstairs with my mom.” I’m not sure she committed my name to memory until I married her mother. I feared she was secretly sharpening her cereal spoon into a sharp point to shank me in the kitchen like in a prison movie. I couldn’t do anything right. Of course, in retrospect I must admit, I wasn’t really trying too hard. We played hide and go seek and my stepdaughter would dutifully hide and I wouldn’t go look for her. Typically, I’d dose off. That only worked once or twice until she caught on. I had become… the Evil Stepfather. About the only thing we could agree on was fast-food… I had the sophisticated palette of a 13 year old and she was a kid. We could both agree on chili cheese dogs with tater tots at Sonic…ah, the simple pleasures. Hell I’d eat that right now…

Other than fast food though, things were pretty tense at the house in the early days. My wife’s role quickly became that of a “shuttle diplomat” negotiating the peace between the two warring tribes. This soon got real old for the Rock Chick. “Figure it out…” she would bark at us. My step daughter was just a child and well, unfortunately so was I.

And then, one magical Saturday afternoon, a time when I’m usually napping, the Rock Chick had both my stepdaughter and I mustered in the living room to announce we would be doing some house-cleaning that day. Neither one of us liked the sound of that. I demanded that music be played during this forced march and to my surprise the Rock Chick said, “Ok but pick something everybody likes.” Damn… how was I going to do that?

My stepdaughter’s musical taste, and I must admit like her mother she was a big music lover, was more pop-centric. Britney Spears or Christina Aguilera would be more likely her choice than say, Janis Joplin. She had some hip hop, but I wasn’t going there, even I blanched at some of the language. This was a true quandary. I felt it was very important that I teach this child about rock and roll. I assumed that was the reason I was brought into her life in the first place. The pressure was on. I went to my albums and began to flip through them. I came across The Beatles’ “Sgt Pepper” and probably because of all the bright, primary colors thought, “this will work.” Almost as soon as the needle dropped into the groove I could hear the loud groan coming from the women in the house. I had always thought the Beatles were universally lovable but perhaps since no one at the house was on LSD that day, “Sgt Pepper’s” wasn’t going to work.

I tried something else, I can’t remember what and my stepdaughter shot it down too. I was starting to get nervous. First and foremost I had to clean the house which sucked. Now I was getting heckled at the stereo by a ten year old. It was then that I came across the fantastic greatest hits compilation, “Legend.” It was going to be risky to put Bob Marley on, this could be my third strike… I decided to pin my ears back and go for it…

While it is impossible to incapsulate an artist as tremendous and huge as Bob Marley on one disc, I have to admit “Legend” is one of the best “Greatest Hits” compilations out there. It covers songs from his earliest Island Records days from “Catch A Fire” and “Burning” all the way to his last recordings. It was an odd choice to listen to while cleaning the house but I knew it’d be OK with the Rock Chick. I had hoped her support would carry the day.

It was a mere 10 seconds into the first track “Is This Love” when my stepdaughter’s head started bobbing… during the break between that song and “No Woman No Cry (Live)” my stepdaughter came to the stereo where I was dusting and said quickly and furtively, “Who is this?” I glanced down and her eyes were open widely. She was feeling this music. “His name was Bob Marley, and he’s awesome.” She whispered, almost inaudibly “I really like this…” There is no greater satisfaction than turning someone onto an artist or a song. Let me restate that – the only thing greater than turning someone on to a song or an artist or an album – is turning someone you love onto great music. I felt a welling sense of pride as I had expanded this young, 10 year old girl’s universe that day.

It was a beautiful couple of hours that day, although I’m not going to lie to you, cleaning the house sucked. But the music was great. And in some ways, that afternoon and that musical connection that I made  with my daughter was the crack in the door – the initial opening that allowed us to bridge our mutual contempt and distrust. Suddenly we had something in common. I began to realize and perhaps really really believe for the first time – Music IS Love!

I had the joy, two summers ago, of taking my daughter to see the Stones in concert. She absolutely loved it. I couldn’t help but think back to that Saturday afternoon, she and her mother and I grooving around the house to the best reggae ever, Bob Marley. I’m not a model parent. I was truly the Evil Stepdad. But if you invest and you share your life and experience, sometimes… it all turns out good.

5 thoughts on “Humor: Bob Marley’s “Legend” and the Confessions of the Evil Stepdad”