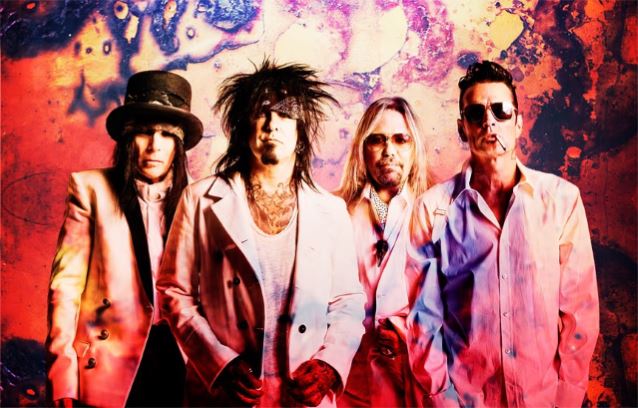 *Image above taken from the internet and likely subject to copyright

During the 90s, when Grunge was king, I used to go up to Chicago for drunken weekends with my pals Doug and RK. It was during one of those trips, sitting at the corner of the bar at Pippins, our favorite Chicago pub, that Doug and I began to debate the merits of each musical decade. Looking back I think trying to categorize music by decade (ie, the 60s, 70s or 80s) was a bit of a misnomer. Music tends to change but not just because the calendar flips from ’79 to ’80. Big shifts in music don’t adhere to a decade calendar… Regardless of that, both Doug and I had staked out our positions and we’d both dug in. It was Doug’s proposition that the 70s were the worst decade in music while I argued it was the 80s. Over empty beer cans and spent shot glasses, we both put forward our passionate arguments.

I think Doug’s main problem with the 70s was disco. And yes, disco sucked, but there was a lot of great music recorded in the 70s including the great punk and post punk/new wave movements. Metal was pretty kick ass in the 70s with Black Sabbath and Judas Priest leading the British Metal Invasion. Even prog rock had Yes and Rush. I argued against the 80s because of all the slick production, drum machines and synthesizers. The acoustic guitar all but vanished. In the 80s, hard rock finally broke its longstanding connection with the blues, which had been the foundation of all the great music of the previous two decades. Many of the bands I loved in the 70s, whom I followed into the 80s struggled to adjust to all the synthesizer. Springsteen and Van Halen seemed to best incorporate the 80s sound. Well, at least they did it better than Bob Seger or say, Eric Clapton. Not everybody can be AC/DC who have always sounded the same no matter the decade. And let’s face it, all the hard rock bands in the 80s looked like chicks. That was hard to take… all the make up and hair spray. You didn’t see Robert Plant laying out his banshee wail in mascara.

The 80s were a very formative decade for me in a lot of ways. I was in early high school when the decade began and by the time it ended I was living in what I consider my “exile years” in a lonely and awful place known as “Arkansas.” Napoleon’s St Helena was paradise vs Ft Smith, Arkansas… I entered the decade as a shiny, clean virgin and left the decade, well, let’s just say those records are sealed until 25 years after my death. While I sat in that Chicago bar back in the 90s arguing with Doug about how the 80s sucked, it was really based on gut instinct versus an actual knowledge of a lot of 80s music. I had, oddly, ignored a lot of the music of that pivotal decade.

As I came of age in the early 80s, I was just beginning the musical journey that has brought me here to B&V. I was a blank page. I knew I liked rock and roll, and I was starting to realize much of what I liked was based on the blues. With the limited playlists of local radio stations (sorry KY/102) I only knew a fraction of the music that had been put out over the years. I also fell victim to living in places that didn’t have rock radio. In college, Manhattan, Kansas didn’t have a rock station. It was all pop. Yes, I heard a lot of Michael Jackson, Madonna and (yikes) Paula Abdul, but I never heard a ton of hard rock. After college, I entered self imposed exile in Fort Smith and later Fayetteville, Arkansas. It wasn’t until I got to Fayetteville that I got to a town with a rock n roll radio station. In Ft Smith George Michael’s Faith was in such high rotation I can recite the record from memory and that ain’t something I’m proud of, believe me. And while I may “Want Your Sex” I certainly don’t wanna hear that song ever again.

In the absence of rock radio catching my attention with new stuff, I turned my focus towards the past. I was filling in my record collection by buying old Stones and Zeppelin albums. I had a lot of catching up to do. Luckily I had a roommate in college, Drew, who was a Yoda of Rock and Roll (and remains so today, his record collection is cool on a level I can only aspire to). He and I would go to the record store and shop for hours. He’d lead me towards stuff like The Who, Neil Young and Bob Dylan. In 1986 I was more in tune with the music of 1971 such was my isolation and addictive rock and roll spelunking. I was deep into older and what I considered better music. The thing that finally broke me into the decade I was living in was, and I’m embarrassed to admit this, MTV.

When MTV began, and this may be hard for the kids to understand, they played music videos 24/7 like a radio station. They’d play all sorts of shit, mashed together. In between the Duran Duran and Spandau Ballet I’d hear bands like Def Leppard, the Scorpions, Poison and yes, Motley Crue (sorry no umlauts on my keyboard). I have to say I was always aware of Motley Crue but I never really focused on them. They looked like everybody else. I don’t think they actually punctured my 60s/70s music consciousness until the video for “Home Sweet Home” went into high rotation. There’s a scene in that video, shot at a Crue concert, where a woman I found absolutely gorgeous was sitting on her boyfriend’s shoulders. Her boyfriends slides his thumbs under her top and slow-motion lifts it over her breasts. Some gentlemen he was… chivalry is truly dead. Anyway, my friends and I sat staring at that video with the lewd and lascivious desire to see just a hint of nipple. Yes, it speaks to our desperation. As we sat there, slack jawed and horny, eventually I think we kind of realized it was kind of a kick ass song. “Smokin’ In The Boys Room” was another single from Theater of Pain that we all liked, even though it was a Brownsville Station cover song. It’s amazing that it took until their third album for Motley Crue to worm their way into my mind.

By Girls, Girls, Girls, I had come to think of Motley Crue as one of the foremost hard rock bands around. They’d wiped off the make up and taken the hairspray out of their hair. In the video for that title track they were riding around L.A. on motorcycles. I was like, ok, this I can relate to. The stories of their debauchery began to get out and they only served to burnish their legend. Nikki Sixx having to be brought back to life from an overdose was pretty harrowing. Vince Neil, who to this day I suspect of being an asshole, committed vehicular manslaughter for drunk driving. These were truly bad men doing bad things. And the music was nasty and hard. I could dig it… well, not the vehicular manslaughter, don’t drink and drive, people. Still it wasn’t until their first greatest hits CD came out that I made the plunge and purchased some Motley Crue music. “Primal Scream”  is still a favorite from that disc.

It was, and thank God, the Rock Chick who turned me onto Motley Crue. She’d seen them in their heyday, on the Theater of Pain tour when Tommy Lee’s drum kit first flew up in the air and did a flip. I looked through her old concert ticket stubs and couldn’t find the Crue ticket but she saw some kick ass stuff – Roth solo w/ Vai in ’86, Sam Kinison, Monsters of Rock… God, if I’d only known her back then. She took me to my first Crue concert on the ‘Carnival of Sins’ tour and they were awesome. They played a lot of stuff from their first two, raw, hard albums and that was it, I was hooked. The Rock Chick had their whole catalog and I devoured that music whole.

Needless to say, all of us here at B&V from the Rock Chick on down to me were excited to hear that the soundtrack from the impending movie “The Dirt,” based on the best selling autobiography of the same name, would include four new songs from the Crue. They may have signed contracts to never tour again, but at least they’re in the studio knocking out some new hard rock. I only recently heard one of the four songs will be a cover of Madonna’s “Like a Virgin.” Sigh… you can the boys out of the 80s, but you just can’t take the 80s out of the boys. I found this a disturbing bit of news, but Marilyn Manson once covered the Eurythmics and it turned out fine, so you never know.

The first new track from the Crue’s upcoming soundtrack The Dirt came out yesterday. It’s entitled, not surprisingly “The Dirt (Established 1981).” We’ve been doing nothing around here since yesterday except sitting around playing this song as we would all Crue tracks, at maximum volume. The Rock Chick’s first reaction to the song was, “it sounds kind of poppy.” And yes, it’s a little more slickly produced than I’d have liked, but you’re never going to hear a song like “Bastard” again. Overall I’d say I like this track. Tommy Lee’s drumming remains some of the best in rock and roll. He needs to shut up more and just pound the skins. I love Mick Mars guitar. Despite the production, his guitar still conjures up some nasty spirit. His solo’ing is, as always, on point. Its a great riff propelled by great drumming, which is pretty much the Motley Crue formula, a formula I think we all love. Even Vince Neil, whose vocals sound slightly auto-tuned, puts in a soaring vocal performance. My only problem with this song is the presence of this cat, Machine Gun Kelly. He pops up in the middle of the song to rap about the Crue’s excess and “big tits.” Now, as I’ve already confessed in this blog, I’m a huge fan of tits. But Machine Gun Kelly shows up like an unwanted party-crasher right in the middle of what was a great song. Then, as if to add insult to injury, he shows up again at the end. Once was too many appearances from Machine Gun, two is excessive. But, excess and overindulgence is kind of what Motley Crue is all about. It’s almost, like U2 does these days, in a grasping attempt at currency or relevancy, they let go of what they do well which is rawk!

I recommend this track, with the guarded warning, you’ll have to push through the two Machine Gun Kelly “raps,” which mar an otherwise great Crue song. I’m looking forward to hearing the other new tracks… we’ll, maybe not “Like A Virgin,” but the other two. Hopefully we’ll get more Crue and less Machine Gun Kelly… If this movie is anywhere near the “Bohemian Rhapsody” flick, this will be a fun thing to see.

Keep rocking out there… Devil Horns to all of you! Cheers!