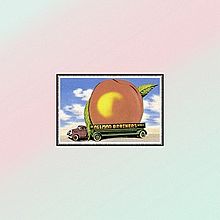 I recently posted a review of the fabulous new Cheap Trick LP, ‘We’re All Alright’ and it prompted a number of emails and text messages from friends of B&V. The messages were all very similar in nature. To paraphrase, most of the messages were something like, “Enjoyed the review, I used to listen to Cheap Trick’s ‘At Budokan’ all the time.” It seems that all of us of a certain age remember and love that live album. It truly was a huge record. It was to Cheap Trick what ‘Frampton Comes Alive’ was to Peter Frampton or what ‘Live Bullet’ was to Bob Seger. Simply put, it was a career defining live album.

Since I spend way too much time thinking about and listening to music I began to think about great live albums and ponder compiling the B&V list of essential live albums. It’s an idea I’ve been toying with for a long time. However, the list in my head would probably be a little unwieldy. I’m not sure I could fit it all into one blog post. I can be, well, a little wordy.

As I was thinking about this list of live albums, I began to realize that there’s some great live music that’s been released over the years, but not necessarily on the full-on, classic double-live-LP format. In many cases, there have been what I call “hybrid” albums released by some of rock’s greatest bands. By “hybrid,” I mean part studio album, part live album. Think of these albums like a hybrid car, part combustion engine, part electric. I’m not talking about albums with a bonus live cut, or the stray live song like the Stones’ ‘December’s Children” or the Faces’ ‘Long Player.’ I’m talking about albums that are split between live and studio cuts.

I’ve always struggled to categorize the Hybrid albums. In the early days it felt a little like cheating, to augment studio recordings with live cuts. As I’ve grown older, I’ve come to realize that in many cases, combining the energy of a band’s live shows with additional studio tracks actually makes sense. Sometimes bands struggle to capture the lightning they generate on stage in the studio. Besides, art is art, who am I that I should view music so narrowly? I will say, when I eventually (and it is inevitable) get around to writing the essential live LPs list, I won’t include these Hybrid records… I am a flexible, but I remain a purist at heart.

Here then, are the B&V list of Essential Hybrid Live/Studio LPs:

I recommend all these records, although I’ll admit GnR’s “Lies” isn’t for the PG-13 crowd. I’d probably skip the tune “One In A Million.” These albums represent some of the best stuff these bands have done, and while you might not find them on my essential live LP list, they certainly boast some great live cuts.