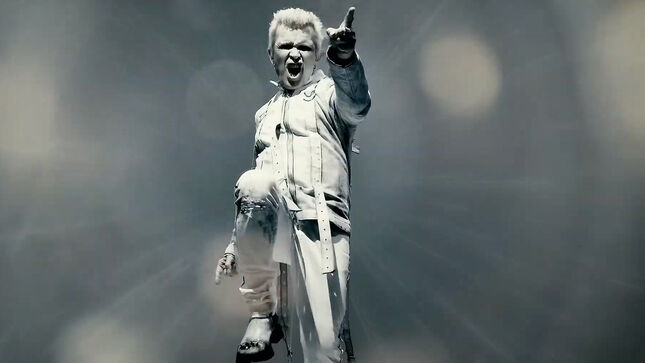 I like to think I keep my eyes on all upcoming new music… In my head I have a list of artists who I know are putting out new tunes and I go through that list every night at bedtime to help me get to sleep…like a rock n roll version of counting sheep. While I like to tell myself that I’m totally in touch with all new music coming out in truth new releases still have a way of sneaking up on me. Billy Idol put out a brand new song this week entitled “Cage” and I was blissfully unaware he had anything coming out. Like last year, Billy and his cohort guitarist Steve Stevens (one of the most underrated guitarists out there) are putting out a 4-song EP entitled The Cage. And like last year Billy has appeared out of nowhere to save summer!

Last year saw Billy releasing the EP The Roadside which was preceded by the great, great tune “Bitter Taste.” Man, that song is still in high rotation here at the house. It was an acoustic track with a haunting lead guitar thing done by Stevens. It was on the mellow end but it quaked with a sturdy intensity. It was one of the best tracks of Idol’s storied career. It was the sound of a man looking back on his life in an unapologetic way. “Should have left me way back, way back by the roadside… it’s a bitter taste.” That track is righteous. I still get goosebumps when I hear that song. I’ll admit I was not as taken with the rest of The Roadside and didn’t cover it on B&V. But if you haven’t checked out “Bitter Taste” I advise you to do so post haste.

Yesterday, in the early evening I was drinking a beer getting ready to meet my famed ex-roommate from college Drew for drinks. I was scrolling on “the social media” and saw Billy had put out a new song “Cage.” Billy was quoted as saying something like, “we’ve all been stuck inside for a while and now we’re breaking back out…” in an obvious but perhaps belated comment about the Covid lockdown. He promised that this new EP The Cage was going to be the opposite of last year’s mellower, darker The Roadside. He clearly intends to expend a little pent-up energy and let loose his rebel yell.

“Cage” is a glorious rock song. It’s got a chorus that sounds written for an arena to sing along to. Idol is in fine voice here… I can almost close my eyes and see him on stage punching at the air while he sings this track. It starts with just Idol’s voice behind a chugging guitar and drums. Then the chorus hits and it just explodes. “I’m coming out of my heartless, hopeless rage, I’m coming out of my cell, my broken cage.” Oh Hell, yes! He may be talking a out coming out of lockdown and not being able to tour but hearing this song as I was getting off work drinking a beer ready to head down to the tavern to talk a little treason with Drew… I can’t lie, it sort of fit the moment yesterday.

I dug “Bitter Taste” but as mentioned it was a mellow, dark tune. I love this rocking, upbeat song from Billy. If the rest of the EP rocks this hard it’s going to be a great treat. “Cage” in and of itself is a great song for the end of summer. I just want to drive down the street with this song blaring out of the windows while I wave to the ladies… Loud vocals and guitar, it’s all we want from Billy Idol. Here’s the video:

Wherever you are out there, this song ought to break you out of whatever is holding you back. I advise pouring something strong and turning this one up loud! Hearing that Billy Idol had a new track out was almost as good as the surprise text from my old buddy Drew stating he was in town and wanted to grab a gin… and while I may not be feeling very well this morning cranking this tune is helping me power through it all!

7 thoughts on “New Song Alert: Billy Idol Returns to Save Summer With “Cage” From Upcoming New EP, ‘The Cage’”