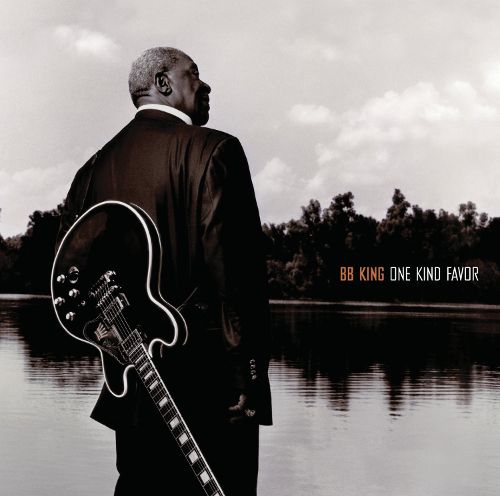 As frequent readers know, I recently wrote about blues legend Muddy Waters’ late career  albums produced by Johnny Winter (Muddy Waters: 1977 – 1981, The Late Career, Johnny Winters’ Produced Records). I received an interesting question from Moulty58, a follower of B&V and a superb blogger in his own right (see his blog on 70s British rock, The Future is Past, at https://thefutureispast.co.uk). Moulty58, after lauding Muddy’s landmark “comeback” album Hard Again asked me if I had any other “nominations” for a great blues album that aren’t just a “collection of songs.” Many blues guys, like the rock acts of the 50s (Chuck Berry, Elvis), were focused on singles not albums. It wasn’t until the 60s that artists began to think of the album as more than just a loose collection of songs. It was probably the Beatles who really elevated the album to an actual statement. So it’s hard to find an album like Hard Again, that’s a complete work of art from start to finish from the classic blues guys.

Off the top of my head, when I read the question in the comments section, I answered with John Mayall’s album with Eric Clapton or either of the original Paul Butterfield Blues Band records. Since Moulty58 had mentioned the Stones recent LP, Blue And Lonesome (LP Review: The Rolling Stones, The Superb “Blue And Lonesome” – They Come Full Circle), I also suggested one of their early albums, from when they were basically a blues cover band, 12×5. I could have thrown out Eric Clapton’s superb late career blues album, From The Cradle, but for some reason, it didn’t spring to mind. None of those acts were from the classic blues guys though and that bothered me. To be completely honest with you, I take all questions and comments very seriously and I have to a admit this question stuck with me. I didn’t feel like I’d given a definitive answer. I found my mind drifting back to the question when I was walking in the park or driving in my car. If I weren’t on a bourbon fast, I’d have likely pondered this question over a tumbler of dark and murky fluids during the wee small hours. When the answer finally presented itself to me, it was so obvious, I was stunned it hadn’t come to me quicker. The answer, in a name, was B.B. King.

I have always put B.B. King up there with Muddy Waters and Howlin Wolf as the Mount Rushmore of Blues Gods. All the music I love, springs from the blues… While Muddy and the Wolf always conjure Chicago blues for me, B.B. always evoked the Delta and specifically Memphis to me. The man had a long and storied career and life, all 89 years of it. I have a number of B.B.’s old blues albums and consider Live At the Regal not only to be one of the best live albums, or one of the best blues albums, but simply one of the best albums of all time. B.B. didn’t really have anything to parallel Muddy’s late career triumvirate of albums working with Winter but I did buy a few of them.

B.B.’s late career was a bit of a grab bag. He had some live albums and the dreaded Christmas album. He did a great album of old standards, Reflections in 2003 but since they were standards, I hardly mark that as a blues album. He also did an album in tribute of the music of Louis Jordan in ’99 that was intriguing. B.B., like Frank Sinatra before him (who B.B. loved, Frank got him into the big rooms in Vegas, the Chairman was colorblind before everyone else), did a few duets albums. The first was all the way back in 1997 entitled Deuces Are Wild. He did a second one on his 80th birthday in 2005 entitled, creatively 80. Like Sinatra’s duets albums, B.B.’s attempted to cast a wide net commercially instead of creatively which only hurt the projects in my mind. There were R&B, blues, rock and roll and even country and hip hop stars who were paraded in to sing with B.B. I recommended Deuces to my friend Ron and he sent me a bill… he wanted his money back.

I understood Ron’s feelings. Mixing Heavy D with B.B. was one of those mistakes none of us will ever recover from, but if you edit the album, you can actually find some gems there and make it listenable. Van Morrison does an amazing job on his tune. It’s a true stand out track on Deuces. Naturally Bonnie Raitt’s duet is fabulous complete with her slide guitar. She always shows up when a bluesman calls. The guy who surprised me on the album was Joe Cocker, whose duet on “Dangerous Mood” conjures some real menace from B.B. on guitar. The act that made that first duets album worth the price of admission for me was the Stones doing “Paying The Cost To Be The Boss.” That one smokes, people, buy that song alone.

80 was much in the same vein. It had that one egregious mistake, in this case Gloria Estefan. Oh my god is that song horrible. But again, with some judicious cuts, the album does have some great moments. It’s fun to hear Glenn Frey, Elton John and Roger Daltrey tear into the blues. Sheryl Crow even acquits herself well, and that’s not something I’d have ever expected. The duets albums were fun, but it was more like going to a family reunion and seeing some folks you hadn’t seen for a while. The albums were kind of disjointed, loud, brassy affairs. B.B. sounded relaxed, almost too relaxed in some cases. They were an enjoyable listen, but nothing earth shattering.

Better was the entire album of duets he cut with Eric Clapton and Eric’s band, Ridin With the King in 2000. That’s an album I can recommend. Clapton and B.B. just have a natural rapport. Clapton was deferential to his elder and B.B. responded. They did old blues tunes and a couple of standards. The title track, written by John Hiatt, is just fun. Clapton had members of his band write a couple of tunes. It’s a real solid blues album from a man paying respect to one of his inspirations.

None of all of that – the duets albums, the album with Clapton, the Louis Jordan thing, the standards record – prepared me for what I what I would behold on what would turn out to be B.B.’s final studio album, One Kind Favor. And yes, Moulty58, the answer to your question, which should have been so obvious to me, is this album. I had heard that big-time producer, T. Bone Burnett had lured B.B. King into the studio to record an album. I had been intrigued. T. Bone had just come off the huge success of the Robert Plant, Alison Krauss project, Raising Sand. I loved that album, and the way it was produced. T. Bone, like Daniel Lanois has a murky, backroom sound to his productions that I love. He went on to do a marvelous album for Gregg Allman, Low Country Blues.

This is B.B. doing classic blues for what ended up being the last time. You look at the cover art, and it almost looks like it’s B.B. standing on the shore of the river Styx, waiting for Charon, the Ferryman, to come and take him across. B.B. has Lucille with him, so it appears he’s going to play his fare across the river to the promised land. The title, “One Kind Favor” is taken from the old blues tune, “See That My Grave Is Kept Clean” which opens the album in a hushed shuffle. It’s not until midway through the song that B.B.’s guitar notes puncture the gloom. While this isn’t wrapped in mortality like Dylan’s Time Out of Mind, it’s certainly in that neighborhood.

The backing band is sensational. On drums you have both famous session guy Jim Keltner and Jay Bellerose (who works with T Bone quite a bit). Dr. John, aka Mac Rebennack, is here on piano. Nathan East, who played with Clapton and I think Phil Collins, is here on bass. Neil Larsen is on the organ. There are horns on this album, like most B.B. albums, but they’re more muted in most cases. The focus is on B.B.’s voice and guitar and the rhythm section. On his late work B.B. had a propensity to sing big and sound almost joyful… if not joyful, at least one might describe his late singing as redemptive. He’s singing the blues like it’s 1945 on this album, there’s little joy to be found. He brings the blues in a classic way. Kudos to T. Bone for pulling this performance out of B.B. when he was well into his 80s.

The song selection is inspired. There are several songs by B.B.’s hero, Lonnie Johnson, “My Love is Down,” and “Tomorrow Night.” It’s interesting to me, as a side note, that Bob Dylan did “See That My Grave Is Kept Clean” on his debut album and “Sitting On Top of the World,” “World Gone Wrong” (both songs performed by B.B. here) on his late 90s folk albums. It’s absolute proof of how connected folk and blues or if you will, folk-blues are. It’s all connected, people. King’s guitar on “I Get Weary” is something ferocious. He rips into that song. “Get These Blues Out of Me” conjures up the opening riffs of “The Thrill Is Gone,” King’s best known song. Most of these songs are tunes that B.B. had done before but here he imbues the songs with a weathered, knowing wisdom. “Blues Before Sunrise” is magic in B.B. King’s hands here…

I am just so delighted that B.B. King, blues master, once again stripped away the commerciality, the duets and all the glitz and made a down and dirty, gritty blues album. It’s the perfect send off for the man, the myth, the legend. Pick this one up if you love the blues or if you love blues guitar. It’s essential listening for all fans.