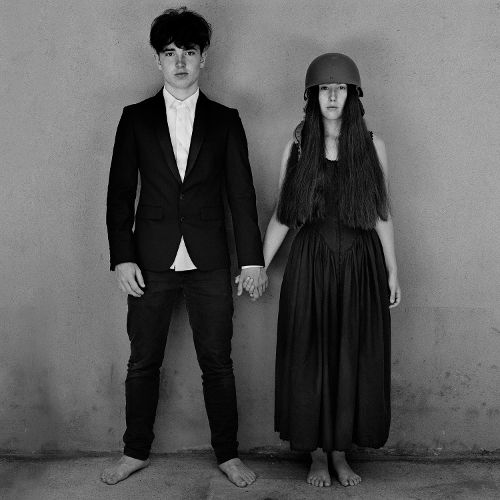 Expectations can tough for anybody. I was a league bowler as a kid and I can still remember the pressure I felt when the team needed a strike to win the tournament. It felt like the whole bowling alley was watching me… The expectations and pressure were such that I rolled a gutter ball. I can’t imagine what the pressure on a band like U2 or Bruce Springsteen must be like. U2 is a group whose music is so transcendent, whose music has lifted the world up and whose music is so important to so many people it’s gotta be hard to live up to that. They are, as my friend The Accountant and I say, the soundtrack to our lives. With every new U2 album the expectations for a masterpiece rise to a dangerous level. It’s like the entire bowling alley is watching them… I know, in particular, Arkansas Joel and the Rock Chick always have such high expectations that U2 can’t possibly fulfill them. Their love for U2 is so intense that they are naturally set up for a disappointment with every new release that isn’t The Joshua Tree.

Ambition is also a tricky thing. I love that line from one of U2’s songs, “Ambition bites the nails of success.” Make no mistake, U2 is a very ambitious band. I can’t count the number of times I’ve heard different members of the band say, “we don’t want to be a crap band,” whatever that means. Their entire career can be looked at as the conflict between their ambition for popularity and their artful tendencies. Every album is almost a reaction to the last album’s reception. After the criticism that accompanied Rattle And Hum (which was overblown, that was a great album and “Heartland” remains one of my favorite songs), they retreated to Berlin and took an artistic left turn for Achtung Baby. They were still the serious rock band they’d always been, but they painted over it with a veneer of irony. Unfortunately the irony got carried away on Pop, which was one of their few weak albums. So, they reacted – they recorded the very serious All That You Can’t Leave Behind – an album that is always associated with 911, but was actually recorded before that. It was their reaction to the death of their friend Michael Hutchence of INXS and they’d purposely stripped away the irony because of the reaction to Pop. “Beautiful Day” is one of their best tunes and they almost left it off the album because it sounded “too much like a U2 song.” Thank God for Larry Mullen, Jr who intervened and insisted it be put on the album. Every band needs a Larry Mullen, Jr.

Part of the problem with U2’s ambition is that in order to gain the popularity they seek, they try too hard to be current vs doing what they do well, which is rock. How else can anybody explain the presence of Kendrick Lamar on two tracks here. His rap at the end of “Get Out of Your Own Way” and the beginning of “American Soul” are not only unnecessary but distracting. I’m not adverse to hip hop, I’m not that old, but it just didn’t make sense here. The list of producers on this album is longer than the stationary of most law firms. One can’t help but think U2 are trying too hard. I’ve heard the sound of this album compared to Imagine Dragons (and unfavorably at that). I can also hear a little Cage The Elephant here, but that’s probably just me. That’s the problem with multiple producers – they influence the sound of the band instead of the reverse of that. I’d like U2 to lock themselves in a room with Steve Lillywhite who produced their early stuff and just rock. If I was producing U2, I’d unplug most of the Edge’s effects pedals and turn his guitar up. When he flat out plays guitar he lifts the music beyond the ordinary much as he did on U2’s last masterpiece, How To Dismantle An Atomic Bomb.

Bono’s lyrics on Songs Of Experience are nothing short of remarkable. The album has that same All That You Can’t Leave Behind sense of despair, hidden under big, sing-along choruses. Bono had a brush with death and it’s informed his lyrics. I even found the liner notes he wrote to be moving. Like Leave Behind, I think Songs of Experience happens to capture the current zeitgeist of most the world. Things are turning dark out there and these ruminations fit that mood. Bono has said these lyrics/songs were written as letters to those he cared about, or perhaps more accurately described, love letters.

With all of that said, I will say this is a good U2 album. It is not a masterpiece, but it’s good, probably very good. I think time will be very kind to this album. It’s flawed, as I said. The attempts at currency are a misstep, but when he occasionally plays his guitar, the Edge drives the music to fantastic places. “You’re The Best Thing About Me” remains my favorite song here. But I also really like “American Soul,” Bono’s love letter to America. “The Blackout” is a rocky, slinky affair that conjures thoughts of Achtung Baby. These guys are so good when they just rock out. I even like “The Showman (Little More Better)” a groovy little acoustic driven number. Its a joyful moment.

There are two great songs that address the refugee issue in Europe, “Red Flag Day” and “Summer of Love.” They are in the middle of the album and provide it with a real emotional center. There is a lot of love on this album… Of the ballads, I really like “The Little Things That Give You Away.” I think every musician whose ever made it from Motley Crue and GnR to U2, had a woman who let them sleep at her place… Bono chronicles his experience in a great song to his wife, “Landlady,” where he sings, “you always paid the rent…” I also found “Love Is Bigger Than Anything In It’s Way” to be particularly moving but I’ve always liked U2’s serious ballads.

So what are my complaints here? The album is on the mellow end. The Rock Chick, like most people, likes her U2 loud and rocking. And when they do – “Best Thing About Me,” and “American Soul” she was all in. But for the most part these songs are rumination on love and death and they are on the downbeat side. Other than “The Blackout” I’m not sure I could play much of this album at a party, which isn’t necessarily the measure of a good album, but I think most people get what I mean. The production is a little too glossy for me. And, as I’ve mentioned, I would have liked to have heard the Edge’s guitar featured more prominently on this record. U2 shouldn’t be aiming to get played in clubs, they should be looking to get blasted out of the t-top of a Camaro. U2 need to ignore what is current, and stop grasping to compete with Taylor Swift on the charts. If they’d return to their core skills as a rock band, they’d find what they seek. I remember when Mick Jagger’s first solo album came out. Keith Richards savaged it, rightly so. Keith said Mick was throwing away his critical reputation by shaking his ass and wanting to compete against Madonna or Prince. Sage words, Keith, sage words.

U2 has all it needs to conquer the world again. And while this album probably won’t do that for them, it will fill stadiums and get people singing along. If I was U2, I’d just listen to anything Larry Mullen, Jr suggested as a musical direction. Follow the drummer, people. What I’d tell U2 is, “Free yourself to be yourself, if only you could see yourself.” If only…