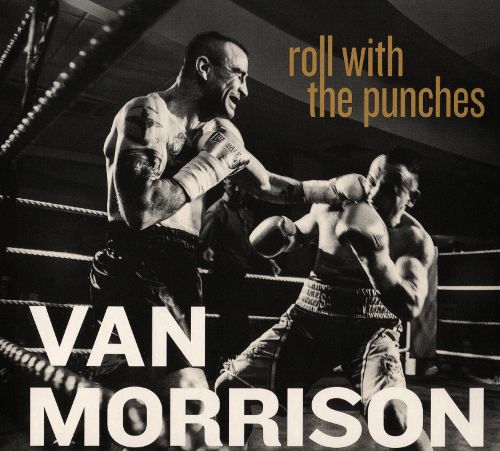 In the 60s and even into the 70’s, record companies pushed artists constantly for new material, or as the record companies called it, new “product.” Early on, I think the Beatles put out three albums in one year. Apparently the record companies weren’t familiar with the concept of burn out, but when has any faceless corporation cared about burn out. By the 70s the pace had slowed a little bit… artists were only expected to put out an album a year. I can remember the Faces even saying, “thank you and we’ll see you next year” or something to that effect in the liner notes to one album. But that was the formula, put out an album, tour and do it again next year. Wash, rinse, repeat. When Springsteen took three years  between ‘Born To Run’ and ‘Darkness On The Edge of Town’ due to legal issues it was a big deal. That kind of gap between records, which is fairly standard now, was considered career suicide. The term saturation apparently hadn’t been discovered yet.

Nowadays artists can take up to five years between albums and nobody bats an eye. U2 usually  takes about five years between records… Although I’ve noticed Springsteen, a notorious perfectionist, is only taking about two to three years between records lately…making up for lost time, no doubt. Metallica took eight years between ‘Death Magnetic’ and ‘Hardwired.’ I was surprised earlier this year when Cheap Trick, of all people, bucked that trend and returned only a year after 2016’s ‘Bang, Crazy, Zoom…Hello’ with this year’s exceptional ‘We’re All Alright.’ If I was surprised that Cheap Trick put out albums in consecutive years in the 2010s, imagine my downright shock that Van Morrison, only one year after his fabulous 2016 album, ‘Keep Me Singing’ (reviewed on B&V: LP Review: Van Morrison, “Keep Me Singing” Rock’s Curmudgeon’s Understated, Rootsy Return) has returned with this year’s ‘Roll With the Punches.’ This is starting to feel like the 70s and I mean that in a good way, not the 70s disco-leisure suit bad way… At least this time around it’s the artists who are choosing to put the music out so quickly and not the dictates of some faceless record company.

When I started to dig into my research on ‘Roll With The Punches’ I quickly discovered this was predominantly a cover album of old blues and soul tunes by Bo Diddley, Sam Cooke and Doc Pomus to name a few. That might explain why he was able to release this album so quickly after ‘Keep Me Singing,’ not a lot of that pesky songwriting to do. Ten of the records 15 tracks are cover songs. Of the ten covers songs, Van has sung “Bring It On Home” before, released on his epic live LP, ‘It’s Too Late To Stop Now’ and he covered “Lonely Avenue” on ‘Too Long In Exile.’ Of the five original tracks, two are songs he’s done in some form before: “Ordinary People” was included on the superb archival release ‘Philospher’s Stone’ and a slightly different version of “Fame” came out on the great record, ‘What’s Wrong With This Picture.’ Van doing songs where he complains about being famous are wearing a little thin, like Ozzy always doing the obligatory “I’m Still Crazy” tune on every album. We get it, you hate being famous. I will say, all of the five originals fit seamlessly with the old blues tunes. The title track could have been a Muddy Waters tune, it sounds timeless. The only original I would say is an exception to the sound is the beautiful transcendent song, “Transformation.” It’s a classic, soaring Van song, it just seems a tad out of place amongst all this other blues and soul music.

When most people think of Van, they think of his 70’s “golden” era when he released masterpiece after masterpiece. ‘Astral Weeks’ is singularly brilliant. There’s never been anything before or since that comes close to that record. He followed that up with ‘Moondance’ and ‘His Band And The Street Choir.’ Van could do no wrong in those days. He was a wild-eyed Celtic soul man. He seemed like an Irish mystic who had wandered out of the mist with transcendent truth and “Moonshine Whiskey” on his lips. He’s gone through many phases and released a ton of music since those heady days… but much like Dylan, many people want to compare his current work to that wonderful purple patch in the 70s. I loved that part of Van’s career, but I was also a fan of his earlier, pre-solo work, with Them. While Them was basically just Van surrounded by an ever changing cast of other musicians, they were a gritty blues and soul band. It was then that Van penned his garage band classic, “Gloria,” covered by so many other artists: Patti Smith and perhaps definitively by Jimi Hendrix, just to name two. Them’s version of “Baby Please Don’t Go” was the first version of that tune I ever heard and it remains my favorite version. So when I heard that Van was doing a blues album, I couldn’t help but think maybe we’d hear some of that fire and brimstone blues of his earliest Them days, much like what the Stones did on ‘Blue And Lonesome.’ And while this isn’t quite the Van of his 20’s when he was in Them, (and who of us are like we were in our 20s) this is pretty kick ass blues.

One thing I can say about ‘Roll With the Punches’ is that Van sounds like he’s having a lot of fun. He’s clearly completely engaged. Part of that might be that he invited a bunch of friends into the studio with him. It’s like Van decided to throw a laid-back blues party. He brought in Georgie Fame (keyboards/vocals) who has been his band’s musical director for a while.  He also brought in Paul Jones, the original lead singer in Manfred Mann and harmonica player extraordinaire. He also brings in Chris Farlowe to duet on the “Stormy Monday/Lonely Avenue” medley, which is an inspired choice – Farlowe’s first hit in the sixties was “Stormy Monday.” Pianist Jason Rebello also contributes to a few of the tunes. Most importantly, Van Morrison brought in Jeff Beck to play guitar. A few years ago, Rod Stewart tried to lure Beck back into the studio to do a blues album but Jeff quit early on in the process… he said he didn’t want to play the kind of music Rod wanted to play. And here he is playing his ass off on this blues album. I guess when Van The Man calls, you gotta answer. Beck’s guitar fuels a lot of these tunes. His guitar solo in “Bring It On Home To Me” may be the high point of the record. I love that before the solo, Van says, “alright Jeff…” “Bring It On Home” is probably the greatest moment on this album. Sam Cooke inspired so many singers from Otis Redding, Aretha Franklin to Rod Stewart and Van himself.

I really like this album, but in the interest of full-disclosure, I love the blues. And I love Van’s vocals. He sings with a passion on these songs that really resonates. The title track, “Roll With the Punches” and “Too Much Trouble” are my favorite of the original, Van-penned tracks. Those are just good ol’ blues tunes. If I have a complaint about the early part of the record, it’s that Van lets his buddies sing a verse or two (too many) on several of the early tracks. I like Chris Farlowe duetting with Van on “Stormy Monday/Lonely Avenue” but I’m not as crazy about Georgie Fame singing entire parts of “Goin’ To Chicago.” I mean, I wanna hear Van sing. when he comes in on “Goin’ To Chicago” it’s just apparent he’s such a better singer than Fame is. Oh well, this music all has a loose, laid-back vibe, why not toss the lead vocals around the room.

“How Far From God” by Sister Rosetta Thorpe (with great boogie-woogie piano and rumbling vocal from Van) and “Benediction” by Mose Allison remind us that blues ain’t that far from gospel. I really like those tunes. Van’s own “Ordinary People” is bluesier and grittier in this incarnation with Jeff Beck’s slippery guitar, although I’ll admit I wish they’d turned off Georgie’s microphone on the harmony vocal. Towards the end of the album, the blues start to really take off. “Automobile Blues” is a great car/road blues tune and might have been the blueprint for Dylan’s “Leopard Skin Pill-Box Hat.” It rumbles along. “Mean Old World” is an old T Bone Walker song that I think Clapton might have done in Derek And The Dominos. Van does it right on this album with a piano, bass, brushed drums and Paul Jones’ wonderful harmonica solo. It’s another highlight here. The last track, “Ride On Josephine” might just be the best track on here, other than “Bring It On Home To Me,” its another rolling blues tune. Beck’s guitar is again, exceptional as is Van’s vocal on “Josephine.”

This is a very strong return after last year’s exceptional ‘Keep Me Singing.’ It appears Van is on another late career roll, similar to when he released ‘Down The Road,’ ‘What’s Wrong With This Picture,’ and ‘Magic Time.’ This album gets a strong recommendation to purchase immediately. Pour some good Irish Jameson in a tumbler and ride the blues train, baby.