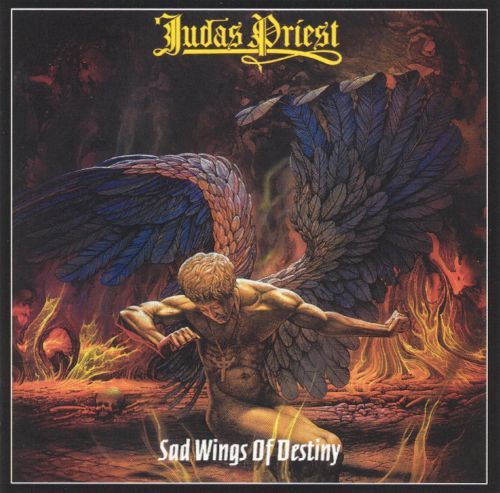 I rarely do the whole “Throwback Thursday, #tbt” thing but for some reason today it just seemed appropriate…

As documented on BourbonAndVinyl, I recently took a trip out to Denver to catch Tom Petty’s side project, Mudcrutch, with my old and dear friend Stormin’. As usually happens when Stormin’ and I get together, by the end of the first evening everyone else was in bed and Stormin’ and I were huddled around the stereo. Storm had cleared out one of the “Crisper” drawers in the fridge and filled it with beer…naturally we had to finish off all of it… Hey, old friends drink beer together, it’s what you do in the summer. Through the years, Storm and I have always shared our latest listening with each other. I’ve actually stopped doing that as there’s too much I’m currently listening to and I sound a little like Rainman when I try to share it all… Storm played me some fabulous Joe Bonamossa that night, a guy who everyone should be listening to if you dig guitar. Then Storm said, “I’ve got something older I want to play for you,” and hit play on an old, old tune from Judas Priest… I think Storm was surprised when my eyes lit up and I said, “Is this “Dreamer Deceiver”?” “You know this tune?” he asked incredulously. Ah… do I….

When I was in junior high school I met a guy named Benny Edwards (name changed to protect the guilty). Benny was an “oops” baby and was so much younger than his older siblings that I never met them. He was, for all intents and purposes, an only child. A very spoiled only child. He lived upstairs in a finished-off attic that was basically an apartment above his parents place. He had a bedroom and his own living room with a great stereo. To get up to his rooms (plural intentional) he had a ladder perched against the back of the house that led to the window on the landing. You didn’t even have to talk to his folks. His dad was a raging alcoholic who hid pints of vodka all around the house and then forgot where they were. So we always had plenty of booze. Being a pseudo only child also had the advantage that Benny owned every record that ever came out. I first heard the Doobie Brothers “Minute By Minute” LP over there, we all thought the burnt roach on the inside cover made the music good. Not only did he own every new album that came out his older brothers had left a ton of choice vinyl in that upstairs party room. Many were the nights we sat around that hazy room exploring his record collection. We quickly moved through a rather large and unfortunate collection of Styx albums, I seem to remember “Pieces Of Eight” being played repeatedly, to some of the older, more dog eared records… It was in this bizarre environment I first heard “Sad Wings of Destiny.” What a revelation.

“Sad Wings…” was Judas Priest’s second album. They were really still forming their sound. You can certainly hear the influences stamped on each song. Even their name was a virtual homage to Black Sabbath. They were almost more prog rock akin to Rush or Yes than Sabbath in some cases, like the eight minute opening track “Victim of Changes.” There was a lot of what my pals and I called “Scary Monster Rock” coming out in those days, Alice Cooper and Iron Maiden spring to mind, but Judas Priest sang about real life monsters in tunes such as “Tyrant,” “Ripper,” and “Genocide.” Sometimes man is the scariest monster in the jungle. I immediately fell for Judas Priest’s “Sad Wings of Destiny” but I am almost as immediately willing to say that this album has its flaws. “Epitaph” sounds like a bad Queen demo. Why the song “Prelude” which is a piano/keyboard prog rocky thing was included is a mystery, it has nothing to do with the following song, “Tyrant.” Maybe because of those few missteps I like the record all the much more.

Rob Halford’s operatic shriek is just amazing. His vocal range on this album is as broad as any lead singer I can name. I had never heard anybody sing like that. They took Sabbath’s formula of heavy guitar and multiplied it by two, with the dual lead guitars of KK Downing and Glen Tipton. Those guys play heavy Sabbath or Zeppelin-esque riffs and killer dual solos. They hadn’t adopted their leather boy look at this point so I’m not sure any of us saw that coming…

For most listeners, the epic “Victim of Changes” is the centerpiece of the record. Who doesn’t love a song that starts with the lyric, “Whiskey woman don’t you know that you’re drivin’ me insane.” That song is truly epic at almost eight  minutes in length. They exhibit a little bit of everything they do well all in one song. For me, even though it’s more toward the ballad end of the spectrum, “Dreamer Deceiver” always blew me away. For me, it was the centerpiece of the album. The beautiful, melodic twin guitar solo is just captivating. As that tune ends it drives right into “Deceiver” a hard rock song that gallops like Sabbath’s “Children of the Grave.”

As mentioned, the classics on this record are all about bad men doing bad things. “Tyrant” about a dictator, “Genocide” about mass murder and “Ripper” a song told from the point of view of Jack the Ripper all rock loudly and hit hard. This was where Judas Priest really started to hone in on their voice. The album ends with “Island of Domination” which probably revealed a lot more than Rob Halford had intended, or maybe he was trying to tip us all off. As small minded and uninformed as we all were, I don’t think any of us ever imagined the lead singer of any hard rock band could be gay… we just always thought Halford was “eccentric.”

My advice is, as usual, to pour some strong, brown murky fluid and take a walk down “Heavy Metal Memory Lane” and pick up “Sad Wings of Destiny.” It doesn’t have the heft of their other classics, “Screaming for Vengeance,” or “British Steel” but man, it’s a great ride. And that folks, is my “Throwback Thursday.”