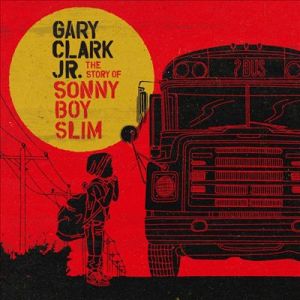 In this post’s edition of Stray Cats, my term for random musical notes, I want to highlight three new albums that are soon to be released. Two are solo albums by Chris Cornell (Soundgarden, Audioslave) and David Gilmour (Pink Floyd) who are guys from bands I just love. The third album I want to talk about is by Gary Clark, Jr whose first album Blak and Blu just, pardon the pun, blew me away.

While I always loved Soundgarden and Audioslave after it, Chris Cornell’s solo work has always left me disappointed. The first solo song I ever heard him do was Sunshower from the Great Expectations Soundtrack which I loved. I was hopeful that song was the beginning of a great solo career. Much later he finally came out with his first proper solo album, Euphoria Morning and other than the first single, Can’t Change Me, I was utterly disappointed. I was relieved when he joined the ex-members of Rage Against the Machine to form Audioslave. It was an odd combination but it worked. I read that Cornell, inspired by Johnny Cash’s acoustic version of Soundgarden’s Rusty Cage, decided to go on a solo/acoustic tour highlighting his work in both bands and his solo stuff. He did release a live album from that tour, Songbook, which I thought was fantastic. It was the first thing from his solo work I could actually get into. Unfortunately you’re not going to hear Spoonman live and acoustic on many radio stations, unfortunately. Chris has a new solo album coming out, produced by Soundgarden/Pearl Jam producer Brendan O’Brien, named Higher Truth. The first single, Nearly Forgot My Broken Heart, is apparently informed by that solo/acoustic tour. The underlying driving instrument is an acoustic guitar. It’s not a ballad, but more of a mid tempo rocker. The first time I heard the song I thought, meh, fair. But the more I listen to this song the better I like it. I actually find myself going back to it to listen again, always a good sign. Hopefully this is a harbinger for a good solo album from Cornell. It’s overdue. With Brendan O’Brien at the helm, who tends to bring out the best of the artists he works with, I am encouraged.

David Gilmour, legendary guitarist/vocalist of Pink Floyd’s solo career has been even spottier. I bought his first solo album (on vinyl) from ’78 and either an ex stole it or I sold it at the used record store down in Westport. I do have 1984’s About Face which was better but I could not get into 2006’s On an Island. The new album is called Rattle That Lock. Like his last album, On an Island, most of the lyrics are written by his novelist wife, Polly Samson. I heard that the lyrics are inspired by the 2nd book of Milton’s “Paradise Lost” poem so I was hopeful that maybe this had a Pink Floyd-y type theme to it. The first single is the title track. As usual the guitar solo’ing is exceptional. His guitar is so lyrical, it speaks volumes more than any lyric his wife comes up with. I can recognize his guitar anywhere. The track leaves me cold mostly because of the vocals. I love Gilmour’s voice but on this track he sounds strained, like he’s singing in a key he can’t quite get to. I fear this might be another disappointment but I’m reserving judgment till I hear the full album.

Finally, Gary Clark Jr’s long awaited follow up to Blak and Blu, entitled The Story of Sonny Boy Slim is finally coming out. I even love the title. The first single from the album is The Healing, replete with blistering guitar and a gospel vibe, which you’d expect from a song named The Healing. I really like this song. If you dig the blues, you’ll love this song. Even if you don’t dig the blues you’ll love this song. I read in Rolling Stone that Clark was very conscious of the “sophomore slump” many artists go through. There’s a cliche that you have your whole life to write your first album and 6 months to write your second. He recorded it down in Austin while apparently consuming lots of vodka, which is very BourbonAndVinyl, if you ask me.  He’s taken his time and if this first salvo is any indication, it’s well worth the wait.

It’s shaping up to be quite a fall for rock ‘n’ roll! Listen and Enjoy!