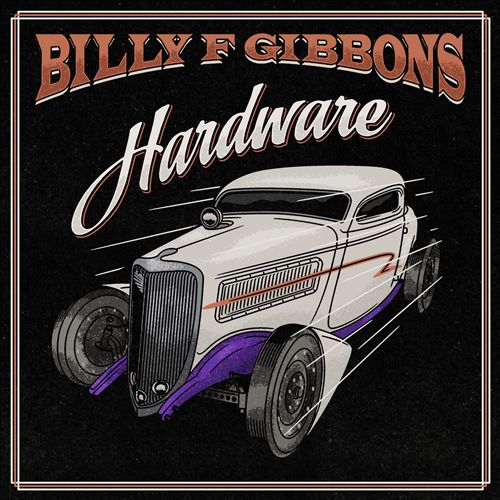 I’ve been bouncing all around musically this week. I’ve been deeply into the Crosby, Stills, Nash and Young Deja Vu: 50th Anniversary Edition for a couple of weeks now and that continued this week. I found myself going from that to Dylan’s Another Self Portrait (1969-1971): The Bootleg Series Vol 10 for no other reason than I saw it was the anniversary of the original Self Portrait recently… I seemed to be stuck in a late 1969, early 1970 groove…maybe I should get a leather fringe jacket and some beads. To shake it up I bounced to the Black Crowes’ Warpaint. That southern rock got me thinking about ZZ Top and that’s when it hit me that Billy F. Gibbons (or just Billy Gibbons as I’ve always known him) had just put out a new solo record, Hardware. The next thing I knew I was cranking that and of course, his original band, ZZ Top. I went back and listened to ZZ’s La Futura. I can’t believe it’s been almost 10 years since that album was released (in 2012). That was a great, Rick Rubin-produced comeback album. Rubin always seems to find a way to get a band to do what they do best. “I Gotsta Get Paid” is a true ZZ Top highlight. I need to do one of my “Lookback” posts about that one…

My love of ZZ Top goes back as far as my love of rock n roll. As I’ve shared often on this site, my first LP purchase was the Stones’ Some Girls. After that, I was hooked, my life forever changed. I was a music collector. It was late ’78, maybe early ’79. There was so much rock and roll to choose from…I was so far behind. I wanted to collect all of this great music released in the 60s and 70s but like anybody I was drawn to what was then current. I remember I only owned maybe half a dozen records and my dad asking me, “Do you really need all of these albums?” Famously a smart ass, I asked my father in response, “You realize there’s different music on each album, right?” We didn’t talk much after that until I was 30 but I digress. I remember my burgeoning record collection consisted of: The Stones’ Some Girls, Van Halen, Supertramp’s Breakfast In America (which I eventually traded to my brother for Fleetwood Mac’s Rumours), Steve Miller Band’s Greatest Hits 1974-1978, Pink Floyd’s Dark Side of the Moon (which was a must have album, if just as a badge of “coolness”), Led Zeppelin (I still have a soft spot for that debut) and believe it or not – the Blues Brothers, Briefcase Full of Blues. My friend’s “hot” sister, Stacy owned that record and since she was a few years older I figured it was cool. Actually that record is how I started to realize that most the bands and music I was into was based on the blues. So good on you Messrs. Belushi and Aykroyd.

In 1979, ZZ Top had been away on hiatus. The last ZZ Top LP, at the time, had been Tejas in 1976. They had been gone for three years, a lifetime back then. My friend Brewster always said the hiatus was because bass player Dusty Hill had been taking off his cowboy boots and a revolver had tumbled out and shot him in the leg. Having seen the documentary ‘ZZ Top: That Little Ol’ Band From Texas,’ I’m not sure that Brewster story is true, funny though it is… As an aside, I did see ZZ Top open up for the Stones in Houston a couple of years later. The show was in the Astrodome. This biker I ended up standing next to, on the floor in the crush in front of the stage, said to me after ZZ Top had played and the roadies were sweeping off the stage, “The roadies have to sweep up all the mud that came off those guys’ cowboy boots,” like they’d been rustling cattle or something. Again, I’m not sure that’s true either but I’m getting distracted again… So many ZZ Top stories. Having been dormant since 1976, I’m not sure that I was aware that all those great southern rock, boogie blues tunes were the same band, let alone knew it was ZZ Top. I’d heard tracks like “Tush,” and “La Grange” but I’m not sure I’d put it together those were all from the same band… I was truly a novice. Hey, I always thought Genesis’ “Misunderstanding” was Journey with Gregg Rollie on lead vocals. That wasn’t cleared up for me until college.

So, in 1979 I started hearing this great new song on KY102, the local rock station, “I Thank You.” I dug the music but the lyrics sounded like they were slyly vulgar, which was a plus. Beyond thanking a woman for loving him… this line pops up, “You didn’t have to squeeze it but you did, but you did, but you did, and I thank you.” That line had me thinking there was more to this story… there were just too many “but you did(s)” in the song. It was only later that I found out it was a cover tune written in part by Isaac Hayes. I dug the song and I was interested in this ZZ Top, but with only 6 or 7 albums to my name and a salary derived from mowing lawns, I had to be very careful about which LPs I purchased. I quickly determined the new LP was called Deguello, but I still hesitated. I had this 3 song rule… if I heard three tracks I dug, I bought the record. That was my ROI, three songs. Sigh. After hearing “Cheap Sunglasses” I was almost ready to jump in… Finally I heard “I’m Bad, I’m Nationwide,” and that settled it, I had to have this album. I purchased it the next time I could convince my mom to drive me to the mall… Yes, I was still in junior high. Needless to say, that album started a life long connection between ZZ Top and myself. Gibbons had spent his 3 years away absorbing punk rock and psychedelic influences and it paid off. Although even I’ll admit that it was hit and miss after Eliminator all the way to La Futura. I still consider Antenna a great record.

I had actually heard that ZZ Top was working on a new band LP. I had heard drummer Frank Beard and the aforementioned, Brewster slandered, bass player Dusty Hill were excited about going back into the studio. I was down for another ZZ Top LP after the great La Futura. So I was a bit surprise that guitarist/vocalist Billy Gibbons had decided to do another solo record. Maybe it was a COVID issue. I remember back in 2000, being in Denver at a Rush cover-band show in a bar up in the mountains. Geddy Lee had just put out his first and only solo record. A friend of mine said to me, “Who needs a Geddy Lee solo record?” Harsh, indeed. Musicians likely get tired of working with the same guys and need a break – especially in the case of someone like Gibbons whose band has been together 50+ years. Sometimes they have material that’s just too personal or they just wanna record different types of music. I never fault a guy for going solo. I will admit, Billy’s first solo LP, 2015’s Latin-tinged Perfectamundo was not my cup of tea. I loved his 2018 LP, The Big Bad Blues. I saw that album described as “covers heavy” but there were a lot of Gibbons’ originals. His wife even wrote a tune, “Missin’ Yo Kissin’.” Say what you want about the Rock Chick, she’s never tried to muscle in on the publishing…

For Hardware, Billy assembled much of the same crew from the last record. He produced the record with Mike Fiorentino and Matt Sorum of GnR and the Cult fame, who also plays drums. I know rhythm guitarist Austin Hawks is also on this record too. Alas, long time ZZ Top engineer Joe Hardy who played bass on Gibbons’ previous two solo records passed away. While Perfectamundo was a Latin, percussive record and The Big Bad Blues was steeped in, yes, the blues – both records could perhaps be seen as genre exercise – Hardware is a straight up rock record. Well, as straight up as Billy F Gibbons is capable of. Gibbons put out a single last year, “Hot Rod” that could have been a bonus track on Eliminator, but it is not on this album. Hardware is the most “ZZ Top” sounding solo record Gibbons has done.

Hardware is what you would expect in a Billy Gibbons record: lots of guitar, big riffs, bluesy solos, and sly (and sometimes not so sly) humor. Parts of this record remind me of Deguello. The first single was “West Coast Junkie” and it gives me a California vibe that pervades this entire record. It’s a surf rock tune punctuated by Billy doing his “Reverend Billy F Gibbons” schtick. The final track, a spoken word thing not unlike “Heaven Hell Or Houston,” also conjures a California, hot desert wind. You can feel dust on your skin… The first four or five tracks have a seriousness that Billy usually doesn’t evince. It almost starts to feel humorless, but that’s just because it’s missing Gibbons’ trademark humor which comes in later. The opener, “Lucky Card” reminds me of “Just Got Paid,” all funky blues rock. It may be my favorite. “She’s on Fire” is one of those, race to the finish line, fast, balls to the wall rocker. “More More More” has some of Gibbons’ most gravely vocals to date. “Shuffle Step & Slide” is just as advertised, a blues shuffle turned up to 10. It’s got a big, big riff.

“Vagabond Man” is an affecting bluesy ballad, the guitar solo practically weeps. Make no mistake though, “Vagabond Man” is more ballad than blues. It’s not “Fool For Your Stockings.” “I Was A Highway” is a classic rock song with a chugging riff. It’s almost a sing along. I love the line, “You’d think I was a highway, the way she hit the road.” Gibbons is a deceptively clever songwriter and could always turn a phrase. The only track that really fell flat for me was “Hey Baby, Que Paso” which I think is a cover. “Spanish Fly” is a big riff rocker with almost metallic sounding drums and it is slightly plodding. The music – especially the guitars aren’t as loud as the usual ZZ Top or Gibbons record. They’re down in the mix and the vocals are up a little higher which also surprised me.

Overall I really do like this record. Much like I said about Cheap Trick’s latest album, this is a solid, straight up rock record. It may not be Tres Hombres but its a damn fine guitar riff record. I’ll be honest, I probably liked The Big Bad Blues a little better but I’m an admitted blues fetishist. Everyone should check this album out. In 2021 its just nice to hear some great, guitar rock.