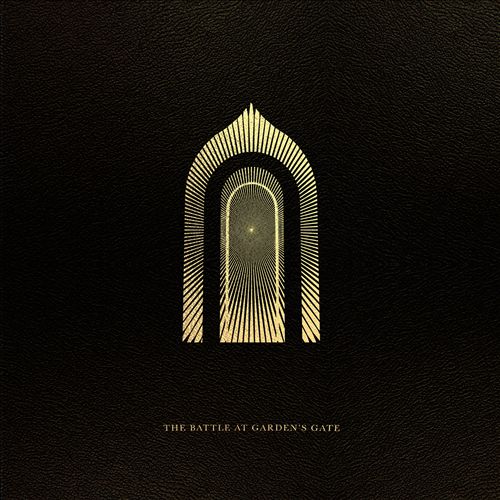 As long time readers know, I founded B&V to be a source of light in the rock and roll darkness. It’s always my intention to cast a little of that light onto good music you may or may not be aware of, especially stuff by artists that I worry are overlooked. With so much negativity out there and let’s be honest it’s so easy to be snarky, I have always attempted to remain positive. If there’s something I don’t like, I just tend to skip over it and not review it. As my sainted mother says, “If you don’t have something nice to say, don’t say anything at all.” However, I’m on record as being a very early supporter of Greta Van Fleet, from the time of their first EP Black Smoke Rising, through to their last LP Anthem Of The Peaceful Army and feel compelled to comment on their new album The Battle At the Garden’s Gate. And sadly, I don’t have much nice to say here.

Having seen these guys live in concert (one of the last bands I saw pre-COVID), I still have hope for Greta Van Fleet: the Brothers Kiszka, Josh (vocals), Jake (guitar), Sam (bass) and drummer Danny Wagner. Jake Kiszka is a very talented guitarist and Danny Wagner is a beast on drums. It should be celebrated that these guys picked up guitars and chose to play real rock n roll vs the highly synthesizer-forward stuff you mostly hear today. They’re rock n roll “throwbacks” and that is a highly underserved market these days. Along with Dirty Honey and Starcrawler I consider them amongst the vanguard of current rock bands. All of which makes this second, sophomore effort such a disappointment. I feel like Kevin Kline in A Fish Called Wanda, standing in front of the empty safe screaming, “Disappointed… disappointed.” Since they are classic rockers I guess we should have seen the classic sophomore slump coming…

I should have been more emotionally prepared for this album. Prior to the launch, GVF started posting pictures on their social media accounts. Usually they were dressed in white, standing on a beach somewhere… I think there might have been doves flying around. They looked like a bunch of survivors of a toga-party themed rave… standing on the beach in the dawn wondering if they can get an Uber. I do remember thinking, “this does not bode well.” Part of what I like about Greta Van Fleet, especially from their early EPs was how hard they rocked. Yes, they could ease up and do a mid tempo thing or even a ballad but it was mostly “balls to the wall” rock and roll. Menacing, swaggering, hard rock is what we all yearn for from these guys.

Alas, The Battle At The Garden’s Gate is all mid tempo stuff. This album is like a car stuck in second gear. The only track that really kicks up any energy is “My Way, Soon” a song that I do really like. Although, I have to admit the opening lyric, “I’ve seen many people, there are so many people, some are much younger people, and some are so old” is cringe worthy on a Sammy Hagar level. It was Sammy who wrote the all time stupidest lyric, “Only time will tell if we stand the test of time.” Circular logic anyone? That lyrical issue is a problem throughout the album. It’s like they have something big they want to say about war? the environment? cats and dogs living together in peace? but they never get the message across. At times it feels like the lyrics were cribbed from greeting cards on sale at the local vegan, health-food store… in 1972. With titles like “The Barbarians” and “Stardust Chords” you really do start to feel these guys are stuck in the early 70s from a philosophical or lyrical stand point. Don’t get me wrong, I’m always down for a good “Battle of Evermore,” who doesn’t like it when “the Queen of Light took her bow and then she turned to go, the Prince of Peace embraced the gloom and walked the night alone,” but c’mon guys, can’t you come up with something a little more relevant?

For this album, Great Van Fleet brought in big-time producer Greg Kurstin, who has worked with, among others, Adele. Let that sink in for a moment. It’s like Zeppelin bringing whoever produced Barbara Streisand to produce Houses of the Holy. The Adele connection might explain the treacly ballad “Light of My Love.” Naturally I’m blaming Kurstin for this mess. He’s slowed everything down. While I occasionally grab onto a descent riff from Jake, it quickly dissipates into nothing. “Built By Nations” starts off with a riff that sort of echos Zeppelin’s “Black Dog,” although much mellower but it quickly loses its punch. This album feels, as my friend drummer Blake says, “way over-produced.” The tracks all range from four to six minutes but feel much longer. Each song seems to have a long pre-amble that doesn’t seem to build much tension. The album is slightly over an hour but sitting and listening to it all the way through, as I did countless times this week, it felt much longer. It’s a slog of a record to get through. And I never thought I’d say that about GVF.

Much will be made of Josh’s singing on this album. At this point I’m with my friend West Coast Rob and I hear more early shrieking Geddy Lee here than vintage Robert Plant. Yes, some of the singing is a tad overwrought, like the lyrics but again I blame Kurstin. I still like Josh’s singing and he’s especially strong when you see him live. They do have their moments. The guitar solo that ends “The Weight of Dreams,” which is perhaps their take on “Stairway to Heaven” is really something to behold. These guys need to get back to that raw, hard rocking sound of their earlier music. Kurstin has managed to smooth out all the rough edges, rendering a dangerous rock band something placid. Their early music was so much fun and everything here is so ponderous and overwrought it’s hard to connect with any of it. As the Heath Ledger said as the Joker, “Why so serious son?” Maybe dial down the self-importance a little bit?

The good news here is that the guys in GVF are still young. This is only the sophomore effort from these guys. It’s not a terrible record, it’s still rock n roll. It’s just not a very captivating album from a band whose prior output had almost always captivated me. I still think these guys will pull it together next time around but this one is a hard pass for all off us down at B&V. The Rock Chick even said, “these guys have lost it,”  which is withering criticism from her.

Spring has sprung here in the American midwest, and winter is fighting it’s last battle… we did have snow in April… but sunny good times are on the horizon. While GVF misfired I’m still hopeful there is good rock n roll in all of our futures in 2021. Stay safe and healthy wherever you are.