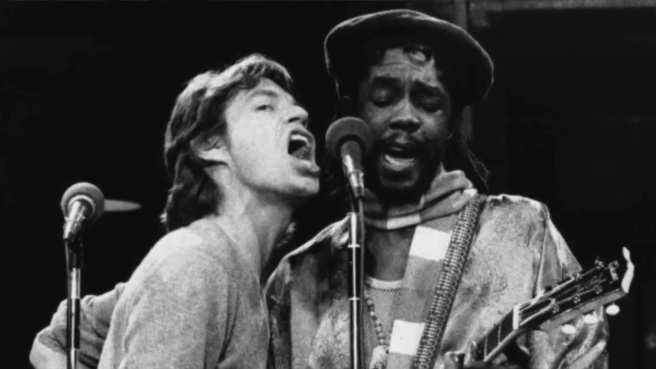 When I was growing up, despite being a lost-cause miscreant, my parents dutifully woke me up every Sunday morning to go to church. It wasn’t until I was 17 and driving that I convinced my parents to let me drive to church by myself on Saturday nights instead of with the family Sunday morning. Naturally I drove to the church, picked up a program and promptly went to McDonald’s and ate some fries, killed an hour and then went home. French fries and eternal damnation sounded better than killing an hour listening to a Priest drone on. Blasphemy? I’m not sure. It all just seemed like whistling past the graveyard to me. Don’t get me wrong, I think religion is like sex: practice whatever brings you joy, just keep it to yourself. Don’t try and convert me. Only my Sainted Grandmother could get me back inside a church and sadly, she passed 20 years ago.

But prior to my taking the “Highway to Hell,” before I could drive, my parents, my brother and I would load up in my father’s Oldsmobile ’88 and drive slowly and quietly to Mass. My father is a drivers-ed text book in motion…hands at 10 and 2, people. I doubt he’s ever hit a pothole. Well, not when I was younger. As he’s gotten older he’s become more menacing behind the wheel but haven’t we all? My parents realized early on I was a hellion. To their credit, they never held me down and shaved my head to search for the three 6’s. I wouldn’t have blamed them if they had. Instead, on those unpleasant Sunday mornings (made unpleasant by my bitching about going to church), they attempted to placate me by turning the radio to the FM side of the dial and putting on Casey Kasem’s American Top-40 Countdown radio show. It would delight my brother and at least divert my attention.

I know what you’re thinking, Faithful B&V Readers – wait a minute, you’re a rock and roll guy, what were you doing listening to the Top 40 Countdown? I know, I know, it sounds bad. But beggars can’t be choosers and I was a captive in the backseat of an Oldsmobile. “Keep your feet on the ground but keep reaching for the stars,” my ass. You have to understand, music was better than the talk radio my father was so found of. In later years upon discovering girls, the back seat of that Oldsmobile became a den of inequity, but I’m getting off topic. You have to remember this was the late 70s and while there was a lot of disco and schmaltz, there were still rock and roll artists on the Top 40. You could hear Paul McCartney or Rod Stewart on the countdown. I would just have to hope the three or four songs I got to hear on the quiet ride to church would be good ones and not say, Donna Summer. Because whatever I was going to hear on the way to church was going to be the song or songs that stuck in my head for the next hour. It was going to be bad enough without “Saturday Night Fever” bouncing off my cranium for an hour.

It was on one of those dreaded Sunday morning rides that I first heard the Steely Dan song, “FM.” It was from a movie soundtrack of the same name. I was in my early stages of digging Steely Dan, but at that point in the game, we were all afraid of declaring that we liked something that wasn’t rock and roll… the fear of being uncool was intense and they are kind of “jazzy.” Anyway, I hear this Steely Dan song, and they sing the line, “Give her some funked up music, she treats you nice.” Well that caught my attention. Besides rock and roll, as an early teenager, my other obsession was these strange, foreign, indecipherable creatures named “girls.” What did they want? What did they like? These seemed important questions. And the word “funked” sounded like “fucked up music,” and I was always drawn to subversive vulgarity. Anyway, they go on to sing the next line: “Feed her some hungry reggae, she’ll love you twice.”

Now, I grew up in the American midwest, as I’m fond of flogging. We didn’t go on exotic vacations to the Caribbean. If we were going to go on vacation we went to southern Missouri to Silver Dollar City. I was more liable to hear “Dueling Banjos” down there than Bob Marley. I had NO idea what reggae was. I thought it was a booze or a drug, like say, this rumored Spanish Fly. According to Steely Dan, this “reggae” had an almost aphrodisiacal effect on women… “she’ll love you twice?” I couldn’t get anybody to even kiss me… let alone love me, well, once. Things got more complicated when I heard Stevie Wonder sing “Boogie On Reggae Woman.” What? “I like to reggae, but you dance too fast for me, I’d like to make love to you so you can make me scream…” Wait a minute? What is this mysterious reggae? How do I get some? Er, reggae that is, how do I get some reggae.

Thankfully, somehow I got myself straightened out that reggae was a music style from Jamaica. Eric Clapton’s “I Shot The Sheriff,” a cover of a Bob Marley tune did a lot to help educate me on what it was. And let’s face it the Stones helped a lot as they have with so much for me. I saw the Stones with the Rock Chick in Chicago once and the Pretenders were the opening act. I remember Chrissie Hynde saying, “the Stones have brought us so much music, but they should be applauded for bring the world reggae music.” She’s right. Even before Clapton brought reggae to the mainstream the Stones were playing it.

People tend to forget how big reggae got in the 70s. Bob Marley and the Wailers blew up, especially in Britain back then. People don’t realize today what a huge influence that reggae was on the punk movement later in mid/late 70s. Bob Marley and the Wailers were singing about actual revolution and rebellion, guns in the street kind of fighting. Punks were rebelling against the established order, piercing things and shaving Mohawks into their hair, but the Wailers were involved in actual gun play. Reggae’s popularity has shrank and you’re likely to only hear it on vacations and cruises in the Caribbean. As Keith Richards said in an interview I saw, “Bob Marley was so big, when he died reggae kind of went with him.”

I think everybody has some reggae in their collection. Likely if you look, you’ll find Marley’s Legend greatest hits package on everybody’s CD shelf (Humor: Bob Marley’s “Legend” and the Confessions of the Evil Stepdad). I went to a New Year’s Eve party once and the host had all of his studio albums from Catch A Fire to Uprising. Not to be outdone, immediately I started amassing Marley’s catalog and it’s pretty fucking amazing. When Peter Tosh, guitarist and vocalist of the Wailers quit, the Stones eventually signed them to their label and Mick famously duetted with him on Saturday Night Live… it was like being hit with lightning when I watched live as Tosh sang and suddenly Jagger was standing next to him. Totally surprised me. But I dug the song,”(You’ve Got To Walk And) Don’t Look Back” an old Temptations song, redone. I was starting to get into the mysterious reggae.

While people sit listening to Legend, many don’t realize that they own more reggae than they realize. There have been a ton of rock and roll acts who have done a reggae song. Well, either a reggae song – be it a cover of a Marley song – or a heavily reggae-influenced track. I realized I really liked a lot of those songs… who doesn’t like “hungry reggae?” So, as usual, I put together a list of my favorites. Some of these are on the list only because they’re actual Marley covers. Some are faintly, slightly reggae-tinged. There is something about each song on this list that make me think, reggae. It’s more of a vibe thing. As always you can find this on Spotify under the title “BourbonAndVinyl.net Playlist Rockers  Doing Reggae: It’s Not Just For Vacation Anymore.” The list slightly varies from what you’ll see below because as usual I couldn’t find everything. I think this, musically, holds together better than most my playlists and is perfect for a summer afternoon… or a cold winter afternoon when you’re dreaming of summer… As always, if you have additions, please mention them in the Comments section and I’ll add them to the Spotify list.

And yes, there’s a lot of Stones here. This thing could have been all Stones, the Clash (who have a ton of reggae songs), and the Police…

Enjoy this one folks and stay warm out there! Cheers!