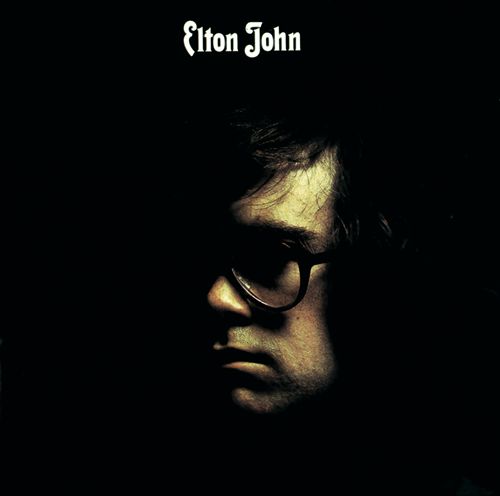 You’d have to be living under a rock to not know that Elton John’s new biopic Rocketman came out on Friday. In the interest of “full disclosure,” I have not seen the movie. I’m not even sure I want to see the movie. I really liked the Queen/Freddie Mercury flick, Bohemian Rhapsody but it has some historical flaws… stuff that admittedly only a rock and roll obsessive would notice  (Movie: ‘Bohemian Rhapsody’ – The Story of Freddy Mercury and Queen). I pushed through that and enjoyed the movie. Then Motley Crue’s The Dirt came out and other than the four new tracks on the soundtrack there was nothing to like about that movie, which was a real missed opportunity (Review: Motley Crue’s ‘The Dirt’ – Movie and Thankfully, A Soundtrack). That movie was painful. So much so that it may have turned me off of rock and roll biopics for good, the same way that Keith Richards’ biography Life turned me away from rock biographies for good.

I’m sure it’s a great story. From 1970 to 1975 Elton John owned rock and roll. He was the biggest thing on the planet. He was what Elvis was to the late 50’s, the Beatles were to the mid to late 60s. Yes, Led Zeppelin was huge in the early 70s, but Elton John had a more pop sensibility to his music. Zeppelin was this behemoth of blues, rock and folk. Elton rocked, not quite as hard, but he wrote hits. He was played on both AM and FM radio. Pink Floyd had all the stoners, Elton had everybody. He’s got as many greatest hits albums as the Stones do, albeit the Stones never really had “hits” as much as songs that got played on the radio. Elton released three greatest hits albums before 1985, each of which had different songs on them and this was before the giant two and three disc CD sets became fashionable.

Elton could and still can, really do it all. He could do rockers, ballads and even country. He had one of the most talented bands in rock history and nobody ever talks about those guys. I would be remiss if I didn’t start off by mentioning Bernie Taupin, his superb lyricist and songwriting partner, although not technically “in” the band. Davey Johnstone on guitar is one of the most underrated anywhere. Nigel Olsson on drums and the late, great Dee Murray on bass were a rock solid rhythm section. He often augmented that core band with Ray Cooper on percussion and various second keyboardists. Those guys could play anything. I had the honor of seeing that line up in 1982 at Starlight Theater and it remains a highlight of my concert career, Elton’s Retirement From Touring Takes Me Back to His KC Starlight Theater Show July 6, 1982.

While Elton had a lot of big hits, he was also an album artist as well. If you look at his albums from 1970 to 1975 there are a lot of classic LPs that you can listen to from end to end. For those of you questioning if Elton was rock and roll, he released what I consider to be the essential thing for rock act – the double-studio-LP – Goodbye Yellow Brick Road and what an album that was… it’s truly his magnum opus. He had so many great albums: Elton John, Tumbleweed Connection, 17-11-70 (a brilliant, overlooked live album), Madman Across the Water, Honky Chateau, Don’t Shoot Me I’m Only the Piano Player and of course, Captain Fantastic And The Brown Dirt Cowboy. Captain Fantastic is kind of like a Pink Floyd record, you have to listen to the whole thing at once. It works a piece…

While we tend to focus on Elton’s early work, unfortunately many of us have missed out on his late career renaissance. Starting with 2001’s Songs From the West Coast Elton has put out a string of really strong albums. While he doesn’t have the radio exposure that he had in the ’70s, he should have, there’s some great music on these albums. He did a fabulous album with the late Leon Russell, The Union. If you’re fond of piano playing, I would urge you to check out The Diving Board from 2013. His late catalog is very worthy of exploration. And yes, I’ll admit it’s skewed toward the mellow end of the spectrum, unlike so much of his early work, but it’s still beautiful music.

While Elton is known for all of his hits, with that many great albums, you know there has to be a ton of deeper, album tracks that are just as outstanding. Many of which you’ve heard on your radio over the years  – “Funeral For a Friend/Love Lies Bleeding” the brilliant first track from Yellow Brick Road, or “Mona Lisas And Mad Hatters,” the brilliant Honky Chateau track. While I was sitting around reading all of this press around the new movie and a few “best of” song lists in different magazines, I realized all we were talking about were the hits. If you dig a little deeper into Elton’s catalog you will be rewarded. I assembled this brief list of 20 songs and built a playlist on Spotify to celebrate the B&V favorite deep tracks by Elton. I truly tried to span his entire career, including those great late career records I mentioned before. I was hoping to stay away from songs everyone has heard… although there were a few I couldn’t resist. This is not meant to be definitive, but it’s a damn good listen. If you have favorites that aren’t on this list, by all means please mention them in the comments. Everyone has that hidden, Elton deep track… “Sorry Seems To Be The Hardest Word” has some sentimental meaning for me from an episode long ago in a galaxy far away, but I didn’t include it as it’s too well known.

And yes, Elton John is a rockstar. Hell, you can even call him a superstar. But as you dig deeper into his records, you realize, he’s also one hell of a musician.

I know I’m all over the place stylistically here, but so is Elton if you think about it. There are so many more songs I could have included but I drew the line at 20 to force myself to try and net it out. Admittedly I chose nothing from Honky Chateau, but I wanted to spread this out over Elton’s entire career. I still wonder if I should have included “Blues For Baby And Me” instead of “Midnight Creeper.” That’s the joy in Elton’s catalog… so many choices and options. For those of you who go to the movie, enjoy. For those who don’t, I advise you to listen to as much Elton John as you can.