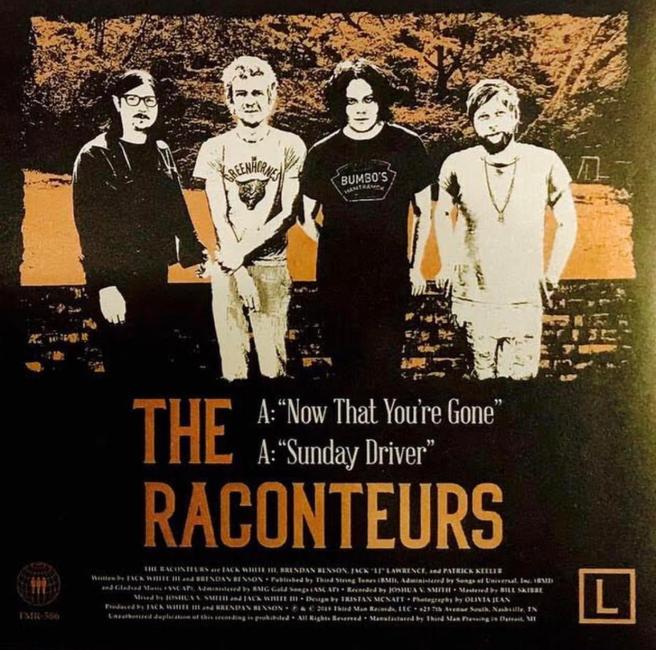 Other than car trouble, I can’t imagine anything worse than moving. Physically packing up all of your shit and putting it in boxes, loading it in the car and then unloading it at a new location is just awful. When I was younger and single, I didn’t have any possessions. I never wanted to own anything I couldn’t carry to the car in the middle of the night if I had to avoid the law or some angry woman. I have spent almost every weekend since early December doing just that, carrying stuff to the car. It’s tough work to crate up all these albums and barrels of bourbon… Add to it the miserable, grey, snowy, cold weather and you’ve got a “seasonal affect” depression diagnosis that writes itself. Luckily, my local football team, the Kansas City Chiefs have been winning, so that kept me afloat. In the midst of all of this tedious moving, the Rock Chick burst in and said, “I have to play you something.” There’s only one or two things she could say to me that would fill me with more joy and anticipation… and I can’t really discuss those here, it’s a family blog. Who else will teach the children about rock and roll?

Much to my great surprise, when the Rock Chick hit “play” I heard a burst of pure, energetic rock and roll guitar. To my great pleasure, the Raconteurs have returned! And here I was wondering if there’d be any new rock and roll to write about before spring. I try to stay positive here on B&V, so I rarely write about music I don’t like. I try to use this blog as a place where I can shed a little light on music that may not make it to your local radio that I feel deserves more attention. If you can discover something you like here, then my job is more than done! However, it’s no secret that I didn’t like Jack White’s last solo album LP Review: Creativity And The Curious Case of Jack White & ‘Boarding House Reach’. There’s a theory in history, known as the “great man theory,” that I actually think has some merit. It posits that history can be explained by the impact these so called “great men” had on the course of human events. I believe in this for rock and roll. And I think Jack White is certainly one of those great men. Unfortunately the experimentation and reaching for something completely different on Boarding House Reach left me cold. White had been on a hiatus prior to that release so that miss left quite a void.

I was frankly quite surprised to see that the Raconteurs had reunited. One has to look back over a decade to get to their founding. It was in 2006, in between the White Stripes’ Get Behind Me Satan and Icky Thump that Jack White, bursting with creativity, reached outside the power-duo outfit that made him famous for his first side project. White was on guitar and vocals and was joined by solo artist Brendan Benson (guitar, vocals) and former Greenhorns’ members Jack Lawrence (bass), and Patrick Keeler (drums). So full of music was Jack White he later formed a second side project, The Dead Weather, with Lawrence on bass and his main squeeze Alison Mosshart from the Kills on lead vocals. White actually played drums in that band, with a QOTSA veteran, Dean Fertita on guitar. White’s creativity truly seemed boundless.

But it’s been over a decade since the Raconteurs recorded anything. Back in the early part of this millennium, the Raconteurs released two albums. Broken Boy Soldiers, their 2006 debut was an interesting start. “Steady As She Goes” was a great lead single. “Blue Veins” was just a fabulous bluesy number. It was probably my favorite song on that album. But other than “Level,” there wasn’t much else on the record I could connect with. It sounded like old friends having a nice busmen’s holiday. By 2008’s Consolers of the Lonely, things had improved vastly. With Meg White becoming more reclusive, Jack turned a more serious eye toward his supergroup side project. That was a great record. I especially liked the “story song,” “Carolina Drama.” The mysterious ending…”go and ask the milkman” will always stick with me… There were so many great tunes on that record, “Salute Your Solution,” and “Top Yourself” spring to mind. Everyone should check out that second Raconteurs’ album.

So after a decade that found the members of the Raconteurs’ working on other things, they’ve reunited. Jack sounds enthused and re-energized on these tunes. The first new song is titled “Sunday Driver.” It’s a punchy, classic rocker. White’s solo’ing is off the charts. It has an almost Beatlesque, psychedelic bridge in the middle. The guitar riff is absolutely infectious. It’s muscular and frenetic rock and roll. To hear Jack rock out this freely is so refreshing. It’s nothing like the bizarre experiments of Boarding House Reach.

The second track, “Now That You’re Gone,” is where things get really interesting. It’s a “my baby has left me, good riddance” tune. “What will I do, now that you’re gone…” It’s probably what my old neighbors are thinking about me now that I’ve moved… well, probably not. I tend to play loud music at odd hours… Anyway, “Now That You’re Gone” has got a wonderful burst of bluesy guitar that plays through out the song. This song sounds like a 60s girl group had a baby with an old bluesman. White is absolutely torturing his guitar through out this song, conjuring the pain and torment felt by a spurned lover. This is another home run of a track.

While the Raconteurs’ first record was a bit of a disappointment and the second one was strong, these two new tracks are just stellar. This could point to a very, very interesting album. Keep an eye and ear out for the Raconteurs. I highly recommend everyone purchase these songs immediately and play them as loud as your neighbors will allow.