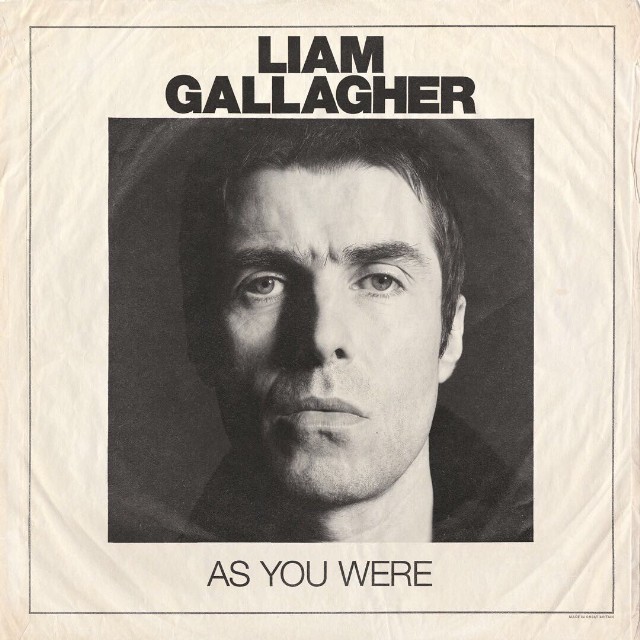 I know that many of you out there have given up on Oasis and it’s famously feuding Gallagher brothers. When I posted my review of the first two tracks from Liam Gallagher’s superb ‘As You Were’ (Liam Gallagher: The First Two Songs From “As You Were”) one reader, commenting on something else I’d written, famously said, “Not even you can convince me to listen to Liam Gallagher again.” And I totally get that sentiment. I’ve posted before about bands formed by brothers and other than the Allman Brothers, it’s never really turned out very well. And when you think about the Allman Brothers, that didn’t exactly turn out well for Duane…but as usual, I digress.

As is well documented in the pages of B&V, I was never terribly into Oasis. However, with the dawn of the new millennium came my relationship and now marriage to the Rock Chick. While I remain delighted by this wonderful woman and all the great things and great music she’s turned me on to, she also brought Oasis into my life. And, as I’ve said before, if you put aside the stupidity and antics (fist fights on stage?), the music was really great. Now, I’m the first one to say they were somewhat derivative of the Beatles and later on derivative of the Stones. That said, 2005’s ‘Don’t Believe the Truth’ and 2008’s ‘Dig Out Your Soul’ were both great, largely ignored, late career gems.

After their rather nasty split, also somewhat reminiscent of how the Beatles split up (alas, without the hateful songs about each other), Noel Gallagher, the songwriter/guitarist formed Noel Gallagher’s High Flying Birds. The rest of the band formed Beady Eye, led by Liam. While over the years the Rock Chick got me to warm up to Oasis’ catalog of music and she loved the Beady Eye thing, I was more lukewarm on it. There was nothing as grand as ‘Champagne Supernova’ to be found on their first LP, ‘Different Gear, Still Speeding.’ Beady Eye didn’t even release their second album in the U.S. I read an interview with Noel and he said something like, Liam needs to put out a solo album, step up and put his name on something. While apparently the two don’t speak, Liam must have been reading and now has delivered his first solo album, ‘As You Were.’

This weekend, as the Rock Chick and I are prone  to do, we got in the car and toured around Kansas City… we like to explore parts of the town we haven’t been to in a while. I believe the Rock Chick is secretly looking for a new place for us to move to, but I just roll the window down and turn up the music. I spent all day Saturday listening to ‘As You Were’ and I have to say, it’s a great album. Everything sounds better in the car… This new Liam Gallagher is a really pleasant, enjoyable listen… I probably can’t describe Liam that way, but hey, the music is great.

While I’ve only heard a few tracks from Noel Gallagher’s new band, I think I can state, without too much fear of being wrong, that this is the most Oasis-sounding record that either of them have made since the band broke up. Liam worked with a trio of different producers, each of whom was a multi instrumentalist. Greg Kurstin, Dan Grech-Marguerat and Andrew Wyatt all get a production credits for different tracks. The best track here remains “Chinatown” which is one of those great ethereal ballads with a great vocal from Liam. I was surprised to find that Andrew Wyatt actually wrote “Chinatown.” I mention this merely to point out what a large contribution the separate producers made to this album.

“Wall of Glass” is a squalling rocker and a great opening track. “Greedy Soul” is another great rock tune with a pounding drum beat. “You Better Run” is another driving tune, with big drums and an acoustic strum that carries Liam’s vocals forward. “I Get By” is another big loud Oasis-y rocker. “Come Back To Me” is another really great upbeat tune. I really like Liam’s vocal on “Come Back To Me,” he’s impassioned and the song is hooky as hell. I know I’ve described this as sounding like Oasis, but it definitely has Liam’s imprint.

While I like all those rockers, its some of the slower, more meditative songs that bore into my brain. As mentioned, “Chinatown” is just a great song that I can listen to all day. I’m stunned Liam didn’t write it… “Paper Crown” is a wonderful, spare acoustic ballad. “Universal Gleam” is one of the most beautiful things Liam has ever committed to tape. “I’ll give you universal gleam, I’ll help you fix your broken dreams,” is a just great lyric. It’s like he’s reaffirming his commitment to his fans. “I’ve All I Need” is the Rock Chick’s second favorite track, after “Chinatown” and it’s another great vocal from Liam. It’s a beautiful lyric as well, written as a plea to a lover… “If all I have is you, then darling please be true…” I will admit he name checks at least two Beatles songs in the lyrics, “Tomorrow Never Knows” and “All Things Must Pass,” but like Picasso said, “Good artists borrow, great artists steal.”

I was stunned, considering the multiple number of producers, what a consistently good album this is from start to finish. From the rocking tunes to the ballads this album is strong all the way through. Having literally spent all day Saturday with it in the car, this album grabs you on first listen but it’s the repeat listens that will reward you. I know that Liam and Noel’s public squabbling has turned a large majority of people off, but if you liked Oasis you will like this album. Hell, I wasn’t crazy about Oasis but I like this album. And yes, Liam’s stupid Twitter rants about his brother are hard to take, we have to set that aside and remain objective… And while Liam isn’t the most pleasant man, his album certainly is…

This one is a perfect album for a Saturday afternoon drive… roll the window down and turn this music up!

3 thoughts on “LP Review: Liam Gallagher, ‘As You Were’ A Pleasant Surprise From an Unpleasant Man”