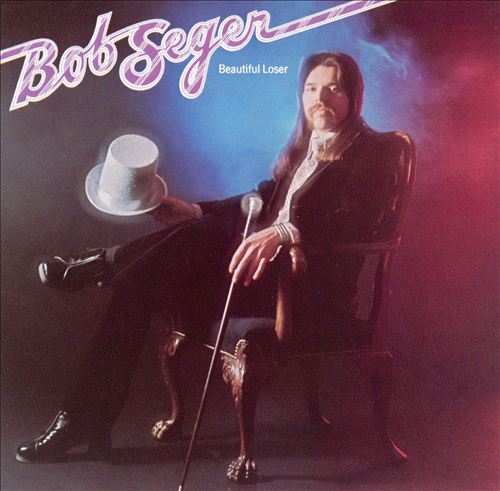 About a year ago I wrote a piece “Who’s Holding Bob Seger’s Early LPs Hostage?” In that post I lamented that you couldn’t buy any of Seger’s older LPs on iTunes or CD. If you wanted an old Seger album, say ‘Beautiful Loser,’ you had to hunt it down in the used vinyl store. Don’t get me wrong, I love hanging around old, used record stores as much as the next guy, but I’m that rare bird who still buys vinyl these days.

The only Seger albums you could find on iTunes were his two seminal live albums, ‘Live Bullet,’ and ‘Nine Tonight’ both essential listening (and a fascinating portrait of how the Silver Bullet Band developed over time). You could also buy one or two of Seger’s Greatest Hits packages. Other than that you could buy his last new albums which, due to the frailty of his voice, I might describe as, um, “not essential listening.”

After my piece last year, my friend Dr. Rock sent me a link to an article that had run in some magazine shortly after mine. The name of the publication escapes my swiss cheese memory, but in the article the author was lamenting that none of Seger’s music was available in any format: streaming, iTunes, CDs… nothing was available. It was due to Seger’s manager, a guy named Punch (which ought to be a sign something is wrong) feeling that the royalties weren’t good enough to merit release. The author of the magazine article, who was far more scientific and articulate than I’ll ever be, wondered if Seger’s manager was trying to erase Seger and his music from it’s very existence. Seger was ok with all of this and was quoted as saying, something like, “I handle the music, Punch handles the business, and it’s worked out pretty well so far…” Sigh. There needs to be a short, rudimentary business class required for all rock stars. I remember reading that Mike Tyson, famous boxer, saying he didn’t know what “percentages” were until he learned in math class in prison. Ahem…

Since it is Friday today, I always bounce out to iTunes for my weekly check to see if anything interesting has been released. I was actually looking for the new single by the Queens of the Stone Age. During my search, out of nowhere I saw a flash of “Bob Seger’s Catalog, On Sale Now” notice on the top scrawl. I know what you’re thinking – you never thought you’d see Bob Seger and QOTSA in the same sentence, but such is my schizophrenic musical tastes… After I reached my QOTSA page, I flipped back to the main “rock” page and it was’t there. I searched on Seger and voila, all of his popular, later albums were now available for purchase. ‘Night Moves,’ and ‘Stranger In Town’ are only $5.99. Wow. I was extremely pleased to see that this important heartland artist is finally making some his music available.

Now, this release is not perfect. While he does release a couple of older titles, ‘Beautiful Loser’ and surprisingly, ‘Ramblin’ Gamblin’ Man’ from 1968 are out there but the bulk of his older catalog remains unreleased and un-remastered. It’s baffling that fabulous older Seger albums like ‘Seven’ or ‘Back In 72’ remain elusively out of reach. At least we’ve made the first step of restoring this Hall of Fame rocker’s catalog. He’s out on tour now so perhaps that was the motivation on the timing of these releases, but I can only speculate.

This may be old news, and if so, shame on Punch for not publicizing this more broadly. I just found this out and felt compelled, based on my earlier post, to alert all B&V readers that part of Seger’s catalog was available. In the old days, he’d have taken out a full page add out in the trade mags…I should have been a band manager… Colonel BourbonAndVinyl. I’d have at least taken better care of Elvis… but I digress.

It appears, and I’m pleased to say this, “Rock and roll never forgets!”