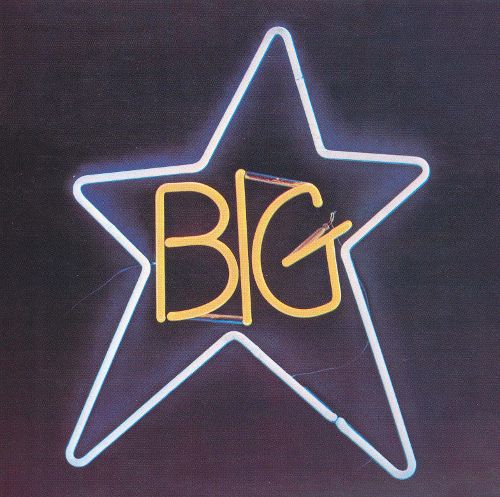 I never used to watch much TV. Sure I watched my hapless Kansas City Chiefs over the years… actually I guess I can’t call them hapless any more. I’d watch the Olympics or whatever sporting event happened to be on at the time. When I was in college, after a big test I usually drank a bunch of beer and stared vacantly at the screen for hours while MTV played videos. Those were the days! These days “binge watching” has become a thing. The Rock Chick loves to binge watch television shows. Her tastes run toward the murder and mayhem type shows like, “Breaking Bad,” “The Walking Dead,” and “Sons of Anarchy.” While in the beginning I was a reluctant participant in all this TV viewing, I now enjoy watching these shows with her. I’m still not over “Breaking Bad.” That was a bad ass show.

In that tradition, the Rock Chick found this new show on Cinemax, “Quarry.” As usual, there’s murder and mayhem involved. The show is set in Memphis in 1972. That grabbed me right away because it’s a time in history that I’m obsessed with. The Nixon-McGovern election of that year looms in the background like a lurking villain. We follow our anti-hero Mac Conway as he returns from Vietnam where he was involved in some sort of controversial battle involving civilians. When I was a kid all the bad guys on TV were Vietnam vets which was a complete disservice to those brave young men who served in that conflict. Because of the controversy Mac faced in Vietnam he struggles to find a job. It’s then a mysterious figure named “The Broker” appears and offers him a job as a hit man. Mac drinks a shit ton of bourbon which of course, makes this a B&V approved television show.

While all of that backstory is interesting, what drew me into “Quarry” (besides the bourbon drinking, Four Roses!) was the music. The early 70s was such a fertile time for music. Rock and roll, country, soul, blues, R&B were all so commingled. Mac, our hero, is a huge Otis Redding fan which fantastic. The sound track for this show is amazing. Since it’s set in Memphis you get a lot of blues and R&B. Mac also digs gospel so you get some Soul Stirrers among others. They’ve played everything from Harry Nilsson singing in Spanish to Waylon Jennings to Van Morrison’s “Tupelo Honey.” Whoever is DJ’ing down at the “Quarry” studios knows what he’s doing. The music is great and it always fits the scene.

While all that is great, since this is a show about a hitman, Mac is often meeting his mysterious cohorts in a bar or a club where live music is being played. Memphis is a great town for live music. Having been thrown out of the Rum Boogie Cafe back in the 80s for attempting to play an organ solo when drunk on the dance floor, I can testify to Memphis’ great musical traditions. Reaching through the crowd and pressing down on the organ keys was not greeted very nicely and I do regret that. Anyway, the bar bands that play in the background in this show are worth the price of admission alone. You add these great bands playing with the actual soundtrack and you have one great musical atmosphere. Add it all up, murder, mayhem, bourbon and music and you’ve got one kick ass show.

There is one band that gets mentioned, almost as a background undercurrent in the show, Big Star. This being Memphis in 1972, when their seminal LP “#1 Record” came out it only makes sense. Mac, the Otis Redding fan, comes home to find his wife Joni, (played by the lovely Jodi Balfour, who based on her nudes scenes, I feel is going to be a huge star) listening to Big Star. It’s not the only thing that’s changed while Mac’s been away. Joni is a journalist and her first article, which she mails to Mac while he’s in Vietnam is a write up about Big Star. In one great scene, Mac whose just polished off a bottle of Four Roses is lying in the middle of their living room, surrounded by LPs scattered around the floor (and who hasn’t been there friends?) is listening to the great tune “Don’t Lie to Me.”

I’ve always been a huge fan of rock journalism and Rolling Stone magazine in particular. Inevitably there’s some countdown of the greatest albums of all time. I’ve always sneered at some of the choices. There are always the bands Television and Big Star amongst others that no one seems to have heard. I’ve always blown those bands off, although 20 years ago I did get into the Velvet Underground and they just kick ass. Like the Velvet Underground apparently what few fans Big Star had went out and formed bands. Mike Mills from REM wrote the liner notes to the latest re-issue of “#1 Record.” When I heard “Don’t Lie To Me” I thought, wait a minute, maybe this is worth listening to.

Big Star suffered from a terrible record label and a complete lack of distribution for their records which was their death knell. They formed in Memphis in ’72 by Alex Chilton (who had been a childhood star) and Chris Bell, both singer/guitarists. They’ve been described as “power pop,” or “pop rock” but I think they rock. The Rock Chick hears a little April Wine in their music, I really don’t know how to categorize them. I have to admit, after sneering at Big Star all these years, I was wrong. “#1 Record” is simply put, amazing. These guys are hard to describe. Beatlesque might apply. When I put this LP on last night, I walked back into the living room to find the Rock Chick up on her feet, snapping her fingers and nodding her head. That doesn’t happen all the time. This stuff is catchy as hell.

“Feel” is the first song and right off the bat I’m hooked. Chiming, rocking guitars and beautiful vocal harmonies abound. If that’s power pop I’m in. “In The Street” and “Don’t Lie to Me” are great rocking tunes. The ballad “Thirteen” about young love is one of the most heartbreakingly beautiful songs I’ve ever heard… it stirred up some bittersweet ghosts for me. “When My Baby’s Beside Me” is another terrific rocker with a great riff. These songs get under your skin and stay with you. I find myself humming or singing these songs in my head. “The India Song” is weird, trippy and funny all at the same time. “My Life Is Right” should have been a hit. I love the sound of the acoustic guitar these guys get on the quieter tunes. Really great strumming and it calls to mind Zeppelin’s “Tangerine.”

All these years later, it’s time to give Big Star a chance folks. This is great music that deserves to be heard by everybody. BourbonAndVinyl gives “#1 Record” a very enthusiastic  “Buy Now” review.

Put this one on, pour some Four Roses and thank me later. And when you’re done listening, tune into “Quarry” if only to see Jodi Balfour…