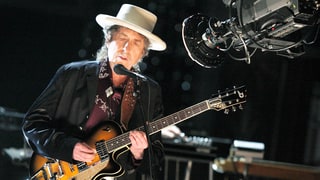 I heard like everybody else a few weeks ago that Bob Dylan had won the Nobel Prize in Literature. I was surprised, but very pleased. I was in a bar in Fayetteville, Arkansas back in the 80s talking to a neanderthal drunkard who said to me in his pronounced southern drawl, “Bob Dylan is a poet man, but I can’t stand his voice. He can’t (pronounced cain’t) sing.” Apparently the Nobel committee agrees with that guy. Well, at least the poet part.

As it turns out, I was in Vegas all this week, at one of those terrible sales conferences I’m forced to attend once or twice a year. When I go to Vegas I sort of “lose time.” I enter the conference hotel which is akin to Biosphere and I don’t come out again until it’s time to go home. I’m surprised the sky doesn’t freak me out after not seeing it for 5 days… Other than sports (Go Cubs!) I don’t manage to keep up with current events. Massive earthquakes could swallow New York and LA, the zombie apocalypse could begin, the Faces could reunite and I’d likely be oblivious to all of it. I got up in the early hours yesterday to flee Vegas like a card-counter when I finally had time to check out what’s been happening this week. It appears Mr. Dylan has been utterly silent about his Nobel Award and the Swedes are pissed off about it. There was a brief mention of the Award on Dylan’s website but almost as quickly as it appeared, it disappeared. No one knows if he’s even going to show up to accept the Award. He simply hasn’t acknowledged it. Even the New York Times published an Op-Ed entitled “What Does Dylan’s Silence on the Nobel Prize Mean?” Good luck figuring that out, pal.

I have to ask the question at this point… Is anybody surprised by this response from Dylan. I certainly am not. He’s been surprising us his whole career. To review…

After releasing two of the greatest folk albums of all time, chock full of protest tunes, “The Freewheelin’ Bob Dylan” and “The Times They Are A-Changing,” Dylan released “Another Side of Bob Dylan” which, while still “folky” wasn’t really a protest, folk album. I read a review that called it a rock and roll album without any of the instrumentation. I know that had to throw his loyal, beatnik following for a loop back then.

On the heels of that he turns electric at Newport, backed by members of the intrepid Paul Butterfield Blues Band (I’ve got to write something about Michael Bloomfield sometime…) and once again his fans are freaked out. He then records a series of world changing masterpieces (“Bringing It All Back Home,” “Highway 61 Revisited,” and “Blonde On Blonde”) of which the first two had acoustic halves but “Blonde…” was full on blues rock. At one point during all this, backed by the musicians who became The Band, Dylan was booed and called Judas by his “adoring fans.”

After a period in the wilderness where he created country-rock (“Nashville Skyline,” another surprise) and the tremendous comeback of “Blood On The Tracks” and “Desire” Dylan turns everything upside down by going through his “Christian period.” The voice of the counterculture in the 60’s becomes a bible thumping, religious zealot, going so far as to preach about Jesus from the stage of his concerts. You have to admit, the guy has balls.

After everyone in the world thought that Dylan’s career and creativity were long dead he launches a late career renaissance with “Time Out of Mind.” He had a string of records after that that were great, great records. I urge all of you to check out “Modern Times” and “Love and Theft” at the very least.

A few years ago the man did a Victoria Secrets commercial. From “Christian period” to hawking bras. Who saw that coming? The man has put on some of the most confounding concerts of anybody since Elvis. I saw him a few years ago with Merle Haggard and Hags blew him off the stage. Dylan stood at the keyboards, staring vacantly into the crowd. Even I, who am a fanatic about Dylan, had to struggle to name the songs he was playing. More recently he’s put out two Frank Sinatra cover albums. The greatest song writer in the history of music, who has won a fucking Nobel Prize, is doing the great American songbook in a sleepy, bar band, saloon style.

The man has been confounding and confusing us for his entire career. And now the Swedes are pissed off? Come on guys, what did you expect? A conventional response? A humbled Dylan showing up in a tuxedo to give a speech. As a true artist, the man has never allowed himself to be confined to the expectations of his fans, the Nobel committee,  or anybody else. And frankly, when you think about it, that’s a pretty Rock And Roll thing to do.

Rage on in your silence Mr. Dylan. At this point, I’d be disappointed if he showed up.