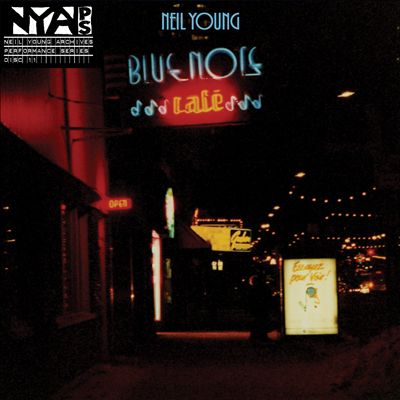 When I was coming up, Neil Young was quite a divisive figure in my rock and roll world. There were those of us who liked Neil and those who were as equally repelled by him. Generally the supporters of Neil Young were known as “males” while the haters on Neil were known as “females.” I don’t think I ever dated a single woman who said, “Hey, I know, put on some Neil Young.”

Neil’s music tends to get lumped into two categories and indeed there are two different styles he seems to return to more often than not. There is the acoustic side of Neil, the laid-back balladeer of “Harvest” and “After the Gold Rush”. Then we have the feedback-drenched, squalling guitar of Electric Neil most notably present when his once and future backing band Crazy Horse is playing with him.

Neil has never really seemed to care what critics or even fans seem to think about him or his music. In his superb 3 LP greatest hits compilation, “Decade” Neil wrote that after the huge success of “Heart of Gold” and the album “Harvest” put him in the middle of the road as a pop star, he decided he’d veer off into the “ditch” where it was a little more interesting. Critics were quick to seize on this and labeled the three albums he recorded after “Harvest” as “The Ditch Trilogy”. Those three albums, all recorded at a time of great personal upheaval in Neil Young’s life, “Time Fades Away”, “On the Beach”, and “Tonight’s the Night” are brilliant but could be somewhat confounding to the “Heart of Gold” casual listener.

All these years later Neil’s career can still be seen as confusing. His career has seen him take more left turns, blind alleys, dead ends, and attempted genre experiments than most other artists can even imagine. One thing is for certain, his career has never been linear. It’s more of a a hedge-maze. You can really get lost in there. It’s just fun to type the words “hedge-maze”.

The 80’s were a particularly difficult time for Neil Young fans. After the disappointing Crazy Horse record “Re-act-or” Neil veered left with a techno experimental album entitled “Trans”. Not even I can defend “Trans”. Then he veered in an entirely different direction with a rockabilly album “Everybody’s Rocking” with a backing band named, appropriately, “The Shocking Pinks”. Then he went full on country with “Old Ways”. I’m not sure but I think it was around that time that Neil’s record company, Geffen, sued him for “purposely making uncommercial music”. After the country record, Neil put out a couple of albums largely seen as clunkers, “Landing On Water” and “Life” which saw him reuniting with Crazy Horse. I bought both those albums but you have to be a real fan to like those records. They bear the bad production values of the times – too loud drumming, echo-y vocals. Sadly, I saw Neil and Crazy Horse on the tour in support of “Life” but I had a tad too much beer. All I can remember is throwing up and making out with some dude’s girlfriend in front of me. Que sera sera.

With a decade like that behind him it probably shouldn’t have been a surprise when Neil hired a 6-piece horn section, backed with Crazy Horse (Ralph Molina on drums, Billy Talbot on bass, and Frank “Poncho” Sampedro on keyboards instead of his usual guitar) as his rhythm section and dubbed them “The Bluenotes”. I’ll say this about Neil, when he goes into a musical genre, he really commits. He wore a funny hat, a long coat and shades whenever he played with the Bluenotes. It was like he was in character. But man did they play the blues. The album they put out, “This Notes For You” actually garnered Neil’s highest critical praise he’d seen in quite some time. According to AllMusic, the critic’s warm response to the Bluenotes was because “all critics tend to stand in awe of the blues in whatever form it appears.” Well, if that’s true, and I’m no critic, I’m just a music fanatic, count me in. I love the way Neil played the blues on that album. Neil is such a superb and expressive guitar player, the blues fit him perfectly. Let’s face it, the blues is where they invented the guitar solo.

Which leads to the latest in Neil Young’s Archive Series, “The Bluenote Cafe”. Neil has put out a bunch of great archival concert recordings. I highly recommend “Live at the Fillmore East” a Crazy Horse show back when Danny Whitten was still alive. For the fans of his acoustic material there are 2 excellent concerts – “Live at Massey Hall” after he’d become a superstar and “Sugar Mountain: Live at Canterbury House ’68” when he was still up and coming. Both are superb live albums culled from single shows. “The Bluenote Cafe” is a live album culled from a number of different shows, but it hangs together like a single concert.

I love this album. While the horn section is very prominent – the guitar is the star. Neil’s beautiful, black Gibson Les Paul is the true centerpiece here. Neil has always been known for extended guitar workouts like “Cortez the Killer” or “Down By the River”, and the blues is the perfect medium for him. I love the interplay between the guitar and the horns. Neil’s no stranger to writing sad songs, and his vocals are fabulous on the down-tempo, dirty blues tunes like “One Thing” and “Twilight”. The guitar work on “Twilight” truly makes it feel like the sun is going down and the world is turning gray…”the suns goin’ down on the long road home”… God I love that song.

There is a bunch of material on this live album that was written for “This Notes for You” but didn’t appear on that record. In some ways it’s like “Band of Gypsies” by Hendrix in that it’s a live album of almost exclusively new material. “Ordinary People” is an epic 13-minute jam that didn’t see proper release until “Chrome Dreams 2” in the 200o’s. I particularly liked “Bad News Comes to Town” and “Don’t Take Your Love Away From Me”. The songs “Doghouse” and “Sunny Inside” veer into Otis Redding territory and I mean that in a good way. There is a very muscular, early version of “Crime In the City” that just “rawks”, the horn section must be taking a cigarette break during that one.

The albums ending song is an epic 19-minute version of “Tonight’s the Night” one of the few back catalog tunes included in this live set. As best I can tell Neil chose that one because he must have thought, “what the fuck, I’m Neil Young”. I think one of the things I like about this odd, bluesy, backwater period of his career was that he’d basically bottomed out. He’d burned his commercial bridges with his record company and his fans. Yet, he didn’t despair, he put out a passionate, compelling blues album. He sounds totally committed and engaged on these performances. He soon abandoned the Bluenotes and put out one of his all time great albums, “Freedom” with the anthem “Rockin’ In the Free World”. I’m not sure that would have happened without the Bluenotes. This is definitely a period in Neil’s career that deserves more investigation.

Turn it up loud…