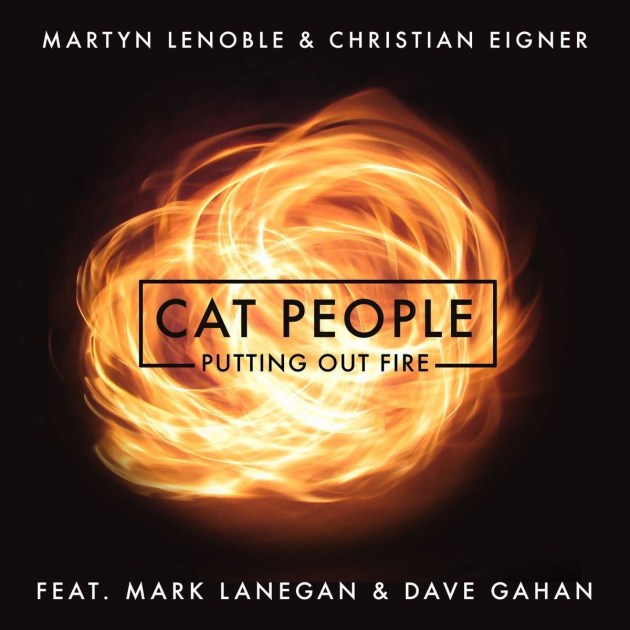 “And I’ve been putting out fire…with gasoline”

It would be virtually impossible for me to pick a “favorite” Bowie tune. But perhaps influenced by the film starring a comely Natasha Kinski of the same name, “Cat People” was always a particular favorite of mine. There was something about that tune that always hit me hard… perhaps it spoke to the urgency of being in my late teens when I first heard it? I can still remember the first time hearing it playing over the credits as the movie ended and thinking, “what is that?”

Bowie recorded a different version of the song for the album “Let’s Dance” but when I first heard that version, I knew something was different. The guitar had been punched up and the percussion was different. It was still a great version of a fabulous tune, but something was missing. I didn’t hear the original version until the second semester of my freshman year, the one I commonly refer to as “the dark semester” when I changed colleges, for a chick no less, and moved in with a man that I still consider, to this day, to be a sociopath. I mean, I’m no doctor, I’m just a bourbon drinker but in my opinion this guy’s lack of empathy or conscience at least puts him on the sociopath scale.

We were talking one day about Bowie and I mentioned I loved the tune “Cat People,” which most people considered obscure. Out of nowhere he produced the soundtrack album, with that fabulous picture of Kinski’s head and shoulders, soaking wet in the rain with eyes glowing green…Oh yes, Natasha, I still see you in my mind… er, uh, I digress. When he put the album on, my mind immediately returned to hearing the song in the theater. The slow build at the start, Bowie’s painful, plaintive howl as the guitars kick in when he screams “with gasoline,” followed by those fabulous, tribal drums in the background. Chills still go up my spine. I actually stole that album from him… maybe he wasn’t the only sociopath in the room… Don’t judge me… I fully admit to having a problem when it comes to collecting music.

Now, on the heels of the tragic loss in January of the icon himself, David Bowie, comes a version of the song from Martyn LeNoble and Christian Eiger. I couldn’t help but think, when I read about the cover song, “the balls on these guys.” It’s a pretty risky chance to take to cover one of Bowie’s most idiosyncratic tunes. The recording was made both as a tribute to Bowie but also for a charity benefitting liver cancer research. I had never heard of LeNoble or Eiger but apparently they have connections to the Soulsavers and Depeche Mode respectively. For the most part the vocals are handled by Screaming Trees vocalist Mark Lanegan. I was not familiar with Mr. Lanegan or any of his previous work, but I might suggest he haul Tom Waits in for a DNA check because I think he might be Waits’ illegitimate son. And yes, Dave Gahan’s majestic voice is on the tune, but it merely sweeps in at the end for the counterpoint chorus of “been so long, so long, so long…”

I approached this song with caution due to my reverence for that original version that I hold so dear. I must admit, I love what these guys have done with the tune. I read it described as “bluesy” but I think the more proper term is “swampy.” This version is less dramatic than Bowie’s but they capture the longing and the need almost as well in this slow boil version. Lanegan’s vocal turn is especially on point. He captures the burning desire perfectly with his gravelly voice. The song has an almost menacing undercurrent that really grabbed me. At first I was disappointed Gahan didn’t sing more on the song, but his use at the end to sing the chorus back and forth with Lanegan is the perfect crescendo, as if Gahan was an angel answering Lanegan’s demon… or maybe I’m reading too much into it.

This is a great tribute to David Bowie and a great song to boot. And, the cherry on top, it was done for charity. So spend a buck, pour someone you love (or someone you want to love) something strong and whisper, “you wouldn’t believe what I’ve been through…”

You can find the tune at this link: