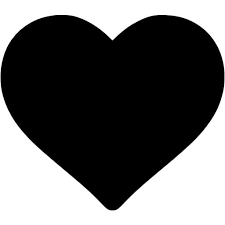 “You took my breath away and now I want it back,  you should have killed me baby, you always looked so good in black…” – “You Don’t Know Me At All,” Don Henley

I see from the calendar that we’ve finally crawled through the slow slog of January and early February until that most dreaded of “Hallmark holidays” has come back around…Valentine’s Day. I was never a big fan of Valentine’s Day, but then what dude is? Valentine’s always seemed to come at an inopportune time for me. I usually had just met somebody and it just seemed awkward, (I barely know you, here are some flowers). Or, it snuck up on me somehow, “Oh, it’s Valentine’s Day tomorrow, I need to stop at a convenience store and get a card.” It always just seemed like a total hassle, fraught with social pressure and unrealistic expectations and always felt rather disappointing…

I will say, and I believe this is encouraging news for mankind, that I’ve evolved my feelings on this holiday. As with all things, the Rock Chick has transformed Valentine’s Day from something I dread to something I look forward to. Don’t get confused, I’m not all flowers, cards and chocolates… When I first got married, my stepdaughter was seven years old. She and her mother had been on their own for a long time. Their apartment was like a girl’s club house: “No Boys Allowed.” I was really just an interloper. I’m still surprised they let me through the front door. I realized pretty quickly after that first Valentine’s Day that the child felt left out. An angry mini-me meant a volatile household. It was the Rock Chick who devised a more family-oriented Valentine’s Day feast. Instead of she and I dining out, we started doing fondue. The three of us would stand around pots of boiling oil and eat, laugh and actually, well, enjoy each other’s company. It was a fun way to transform Valentine’s from cheesy love thing to building a family. Our daughter lives farther away now, so we’re having our friend RJ over to join us as we keep the tradition going. Don’t get me wrong, the cat still gets my wife a card… you can’t completely kill this holiday. That said, Valentine’s Day fondue is one of my most cherished family memories…

But prior to the Rock Chick… Valentine’s Day was a day to be dreaded. I was single until I as well into my 30s… I was alone on most Valentine’s Days. I was also, as they say, the King of Break Ups. I was an emotional gypsy with no solid roots… and that energy attracted equally…for lack of a better word…unstable people. I’ve seen and experienced it all. I’ve been ghosted. I’ve ghosted. There was cheating on many sides. There were many very nice, well grounded women in the this crowd, but I had more than my fair share of head cases, sociopaths and nut jobs. Don’t get me wrong, I own my part in all of it now. Back in the day I was not as, shall we say, self-actualized about it. Some women I was glad to be quit of. Others, I was truly sad about the break up. My hope for all of those women is that they’re in a happier, better place. The way I was wired back then, they can’t be in a worse place… Consider this my blanket apology…

That said, I was reminded recently that one woman in particular, a troubled soul, actually once inspired me to put a “mix tape” together about our break up. For those of you millennial types out there, a mix tape was a cassette on which you would record an assortment of songs that would hopefully fit together and in this case, deliver a message. Thinking back on it now, many of these songs were kind of hateful. In my defense, this woman could veer from adoring me to seemingly despising me in the course of a meal. I realized early on the relationship was doomed and broke it off. That only seemed to encourage her. I would break up with her and she would suddenly find me fascinating and pursue me. Foolishly, I would give in and as soon as I showed interest she would treat me like an unwanted party guest. Clearly there was some odd approach/avoidance thing going on. I was drawn in one final time when she cheated on me. I was hurt and mad, probably more at myself for falling for her bullshit again. I had the dignity to walk away but not without putting this playlist together… When my walking away suddenly had her interested in me again, rather than staying on that yo-yo ride, I delivered the playlist. She left me alone after that…

Years later I heard a DJ on the rock station here in Kansas City, 98.9 “the Rock” playing requests for people with the theme being “Anti-Valentine’s Day Songs.” I loved that. And frankly, most of the tracks I had on that earlier, relationship ending tape fit the theme. Now I’ll admit, the listeners that night tended toward songs that I felt were too violently themed for my taste. You won’t find GnR’s “Back Off Bitch,” or “I Used To Love Her (But I Had To Kill Her)” on this list. Someone requested Aerosmith’s “My Fist, Your Face.” Come on people, this is love and you should never hit a woman. No one should hit anybody if it can be avoided… I’m a lover, not a fighter.

On this Valentine’s Day, I know many of you may be alone – and believe me you only feel alone, you have friends and family out there. Don’t fall into that Valentine’s Day bummed out trap. Instead, I’ve provided the cure here in this playlist. Turn it up loud and leave that broken-hearted shit behind. The songs on this list do tend to be upbeat, but have a bit of an angry shading. I always felt anger was a strong enough emotion to help me push through sadness. Some the mellower tracks may sound sad, but really if you listen they express a strength and determination that I found myself drawn to. The playlist has evolved over the years as I’ve added some songs and removed others. I tried to add some lighter moments to make it seem less hateful. I also included a couple of female artists to get a woman’s perspective. While most of the songs are from a male perspective, I like to think they’re universal enough to fit for any rock fan out there going through a tough day today. I hope it helps… rock n roll can be medicine.

As always, you can find this playlist on Spotify under the title “BourbonAndVinyl.net Ultimate Anti-Valentine’s Day Songs For the Broken Hearted” playlist. If you have a favorite song that fits the theme, by all means please mention them in the comments and I’ll add them on Spotify. And again, no tracks advocating violence.

There you have it… Sadly this could have been a much longer list. Hang in there through this ridiculous Hallmark Holiday. My advice… and it’s not worth much… if you’re on your own, go old school and  head to a bar and start that next great adventure.