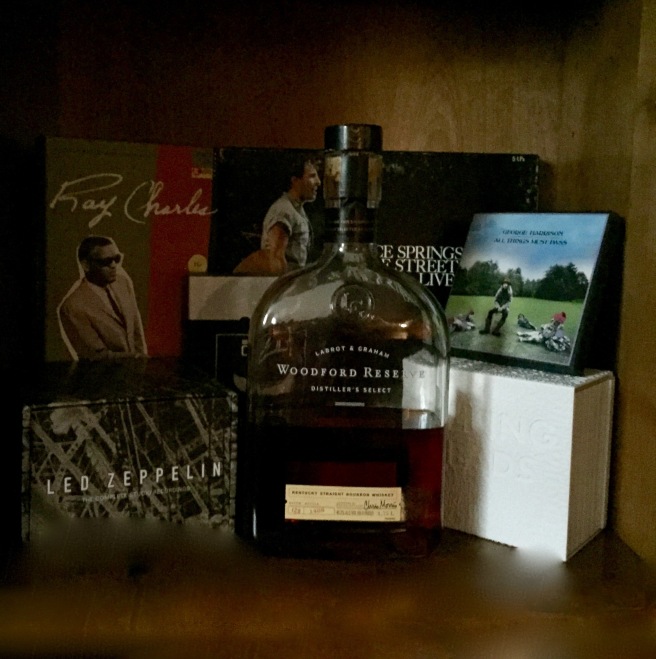 It was Bob Dylan in “You’re a Big Girl Now” who sang “Time is a jet plane it moves so fast, oh but what a shame if all we’ve shared can’t last.” There’s more poetry on Blood On the Tracks than in most freshman lit classes but I’m getting off topic. That line, “time is a jet plane” has been stuck in my head lately. It always seems to pop up around this time of year. That line and Jackson Browne’s “I’ve been aware of the time passing by, they say in the end it’s the wink of an eye.” Each passing year seems to go by faster than the last. It seems like just yesterday I was moving to a new living space… but that was last January.

I can’t believe the NFL regular season is over already. I’ve only got about four or five more weeks before I have to go into sports hibernation until fall 2020. I really need to figure out hockey so I have something to do during the football off-season. At least I have rock and roll… And speaking of 2020, I can’t believe we’re up to 2020… when I was a kid I used to calculate how old I’d be in 2000… I never imagined adding the big 20 to it. All my trusty old concert t-shirts are getting even closer to being considered “vintage.” A guy at the car lot Saturday was fawning all over my Pearl Jam Vitalogy concert shirt.

If I have any regrets about 2019 it’s that I didn’t go to many concerts. I had foot surgery in May and that curtailed my concert going quite a bit. We missed the Cult’s Sonic Temple tour and the Rock Chick may never forgive me. I guess if I wanted to say it more positively, it’s my “New Year’s Resolution” to see more concerts next year. I’m not a big resolution guy… hence the bourbon part of this thing. It was a good year for me in terms of looking backward and expanding my musical horizons. I got into the Byrds and Modern Lovers (finally) this year. I went deeper into the Buffalo Springfield than I’d been previously. I continued to expand my working set of Tom Waits albums. The man is phenomenal. You haven’t lived until you’ve listened to the original version of “Jersey Girl” at three a.m. in New York city, drunk on gin.

I don’t know what to expect out of 2020 but we’ve already got a little bit of good news that John Frusciante has rejoined the Chili Peppers, a reunion I predicted would never happen (Rock N Reunions We’d Love To See But, Alas, Will Never Happen), which made it inevitable. There’s a Netflix documentary on Linda Rondstadt coming that I’m sure you’ll be reading about in these pages. And while 2020 will likely be a politically charged one – I saw political flags at the Chiefs game yesterday which was a first – I choose to hope for the best. Hell, the Stones may finally release that record they’ve been polishing for a couple of years. So much to look forward to.

But of course, the purpose of this post is not to look forward, this is our annual look backward to 2019. I think I’ve dropped the Don Henley quote, “It was a pretty good year for fashion, a lousy year for rock and roll,” into every annual recap I’ve done, but I’m not saying that this year. 2019 actually saw some really great music from some of our favorite B&V artists. I’ve compiled a list of our favorite new albums and then below, our favorite box sets, live albums and miscellaneous vault type releases.

I hope over the last year this blog has brought some good music into your lives out there. I truly hope that each of you have a great and truly happy New Year. This New Year’s Eve I’ll probably be home and in bed by 10… and not in a good way. New Year’s Eve used to be bloodsport for me but now I see it as Amateur Hour… not like St Patrick’s Day where the pros show us how to drink all day. Ahem… Have a great New Year out there everyone! Make it special – reach out to an old friend you haven’t seen in a while, put on an old LP you haven’t heard since way back when, pour a nice strong drink and lets make 2020 even better than 2019. A poet once said, people are like flowers. It’s been a pleasure sharing this garden with you…

There you have it. Check it out and let me know what you think. Cheers and Happy New Year.