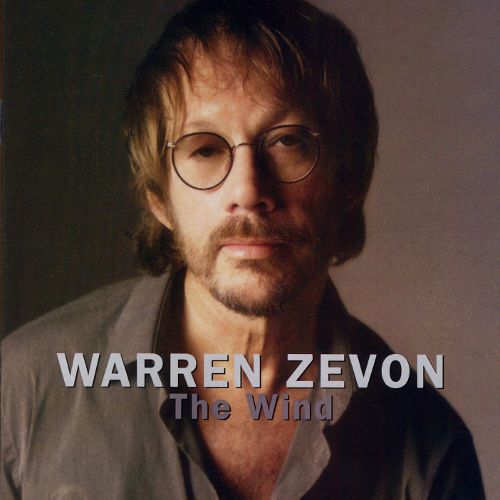 “I want live alone in the desert, I want to be like Georgia O’Keefe, I want to live on the Upper East Side and never go down in the street…” – “Splendid Isolation,” Warren Zevon

I find myself thinking a lot about Warren Zevon these days. I know most people only know him from his “novelty” single, “Werewolves of London,” which is a shame, because he put out so many more great songs. It’s like only knowing Randy Newman from “Short People.” There’s so much more if you just investigate… Zevon was simply one of the greatest lyricists and songwriters who ever lived.

Part of my problem these days, is that I hate winter, “always cold, no sunshine.” I’m sure that if I lived in some majestically beautiful Scandinavian country, like Sweden or Norway, I’d love winter. Beautiful blonde people, likely skiing to work and sharing rich chocolates with coffee, synchronized precision timepieces, everyone dressed in colorful snow gear, with complete healthcare coverage. That would be ok. But I live in America’s heartland, where it’s just gray and cold. I find myself thinking about Warren’s brilliantly overlooked song, “Splendid Isolation,” a paean to being alone. That’s how I feel in the winter. No good new music. Football is basically over since my Chiefs lost in the playoffs. Even the Rock Chick is mired in her annual, ritualized winter “funk.” I tip toe around this place. “I’m putting tinfoil on the windows, I’m lying down in the dark to dream.” Oh, Warren we need you.

As I posted last month, the Rock and Roll Hall of Fame has announced their annual inductees list (The Rock And Roll Hall of Fame 2018 Inductees: Getting It Wrong, Again). As usual the list is a combination of the deserving (Nina Simone, The Cars) and the confusingly undeserving (Moody Blues, Bon Jovi). The omissions are more glaring each year. I scan the list, the same way I scanned the ballot this year, because hey, voting is a right people, exercise it… and as usual Warren Zevon’s name was conspicuously absent. Even on the ballot. It’s baffling. While inducting Pearl Jam last year, as a stand-in for Neil Young, David Letterman mentioned he looks forward to coming back to the Hall and inducting his friend Warren Zevon. I look forward to the Hall committee gaining some sanity and having Letterman back to do just that, induct Warren Zevon. Please, induct Warren Zevon… So naturally, since last month, my thoughts occasionally drift back to Warren because of the mess the Hall has made of it.

We live in terribly troubling times. And while Zevon is known for his sense of humor, his biting satire ranks up there with Randy Newman’s, he also had a keen mind for expressing political ideas in his songs. “The Envoy,” “Veracruz,” and the brilliant “Disorder In the House” are great examples. I could use some of that political satire right now. I think we all could. I do often wonder what Zevon would make of the current political situation we find ourselves in.

While I enjoy Zevon’s funnier moments and his political moments, I am still awe of the way he was so open about his struggles with alcohol and substance abuse. Zevon struggled early in his career, but was championed by his friend Jackson Browne who produced his commercial breakthrough, Excitable Boy. Linda Rondstadt was also a big, early fan and she covered a number of Warren’s tunes, from the big hit “Poor, Poor, Pitiful Me,” (a song Zevon jokingly wrote about Jackson Browne, who bemoaned that all the girls loved him…) to her soulful cover of “Mohammed’s Radio.” After his first two albums, when the acclaim and success finally came, Warren fell into a bad cycle of alcoholism and substance abuse. After Excitable Boy in 1978 it took him 2 years, a lifetime back then, to come back with Bad Luck Streak In Dancing School, which was an unflinching look at his addictions. Unfortunately, it would be a recurring cycle for Warren. Every bit of success was followed by a lapse. But unfailingly, through out the rest of his career he sang about his addictions. Considering the tragic deaths of Tom Petty (newly revealed to be an overdose) and Prince, perhaps we should have all been listening to Zevon’s warnings more closely. Zevon also wrote some of the most beautiful love songs I’ve ever heard. If “Keep Me In Your Heart For a While” doesn’t break your heart… you don’t have one. His ability to express vulnerability is unsurpassed.

There are certain albums from the Zevon canon that I feel are essential. If you’re not a completist, like I am (I admit it, I have a problem), Zevon has a couple of superb “greatest hits” packages that give you a good feel for his catalog: Genius: The Best of Warren Zevon or I’ll Sleep When I’m Dead are excellent starting places for Zevon’s music. But if you’re like me and you want to delve deeper into what we at B&V feel are his “essential” albums, here is our list. I envy those of you who are uninitiated in the catalog of Warren Zevon… this will be an enjoyable process.

These are the records every Zevon fan should own. I think if you take the time and delve in here, you will be rewarded. Wit, wisdom and beautiful melodies… what else do you need…who but Warren could have written, “Michael Jackson in Disneyland, don’t have to share it with nobody else, Lock the gates, Goofy, take my hand and lead me through the World of Self.”