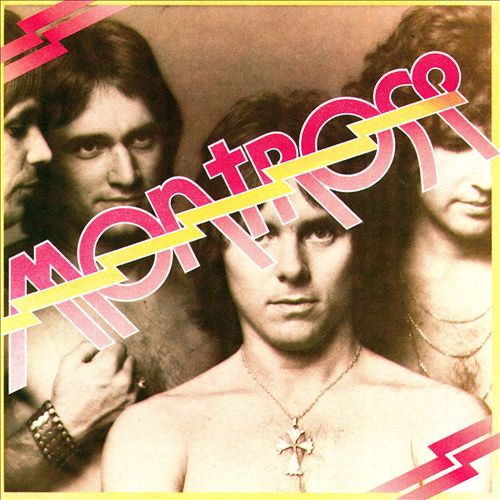 *Yes, that’s Sammy Hagar in the back, on the right. Shirts on guys… jeez.

I went for my morning walk in the park today… I usually like to run, which is painful for others to watch, but I somehow hobbled myself with a lingering calf injury a few weeks ago. I suspect it was caused by standing for 2 and half hours at the Guns N Roses concert which means it was totally worth it. As I was walking along, I saw a guy complete his jog and immediately fire up a Marlboro Red, because nothing says physical fitness like strong tobacco. Hey, we don’t judge anybody’s vices here at B&V and I was surprised at my less than generous reaction to this guy. I’ve been in an edgy mood all week, likely caused by pressures my corporate overlords have been applying of late… There’s only one thing that will cure this mood. There are just times in life I need to hear some good old fashion, hard rock. Played loudly.

There are generally two groups of Hagar fans. There are those of us who were on the bandwagon when he emerged on his solo career as the Red Rocker. His career didn’t really take off until his magnum opus, “Standing Hampton.” That album still sounds great today. I can’t hear “Baby’s On Fire” and not flash back to a girl I knew high school… but those records are sealed until 25 years after I’m dead. The “Three Lock Box” and “VOA” LPs followed up “Standing Hampton” and Hagar was on a roll. He was a staple on early MTV and his song “I Can’t Drive 55” became an anthem for those of us challenged by speed limits. I’ve always viewed them as more of a guideline really… except in school zones. Let’s protect the kiddo’s. Hagar was a consistent, hard rock, no nonsense guy. I really liked him as a solo artist.

The second type of Hagar fan, are those who know him from his time in Van Halen. No one was more surprised than I was when Sammy joined Eddie and the boys in what we all called Van Hagar. Well, I’m guessing David Lee Roth might have been more surprised than I was. The Rock Chick didn’t like Van Hagar and while she put together an excellent Van Halen playlist for my car, there is nary a Van Hagar song on the list. What can I say, she’s a purist. My buddy, the General (name obscured to protect the guilty), always complained about Sammy being in Van Halen, “Roth used to do kung fu on stage, Sammy shows up in capri pants and does aerobics.” He sorta had a point now that I look back on it. While I never thought Van Hagar was as good as the original line up in Van Halen I still thought it was a solid band. It was just different. Like the RHCP’s without Frusciante, the basic DNA of the band had changed. But I still think songs like “Summer Nights,” “Best of Both Worlds,” “Black And Blue,” and “Don’t Tell Me What Love Can Do” were kick ass tunes. These guys put out a solid set of LPs.

Both of these Hagar camps tend to overlook the fact that Sammy has been in a couple of other bands. Hagar’s career started when he joined the band Montrose as lead singer. I don’t know why but Montrose is one of those seemingly forgotten bands. Later in his career Sammy formed the “supergroup” Chickenfoot with guitar wizard Joe Satriani which is an extraordinarily overlooked band in my opinion. Say what you want about Sammy Hagar, he certainly knows how to pick lead guitarists to work with. It’s a Hall of Fame line up: Ronnie Montrose, Eddie Van Halen, Joe Satriani. All he’s missing is Hendrix… So today I want to quickly look back at these two forgotten bands because when you need some good, solid hard rock, these are two bands you can turn to.

Ronnie Montrose who had been mostly a session guitarist formed Montrose in 1973. He recruited fellow session man Bill Church to play bass and Denny Carmassi on drums. Sammy knew Denny and he was in. While this line-up only put out two albums, they were amazing records. You can’t hear Montrose’s loud guitar on their self titled first album without scratching your head over the fact that he’d played guitar on “Tupelo Honey” for Van Morrison. The guitar work on “Montrose” is heavy, heavy. Big fat chords and soaring solos. That first album was hugely influential. Oddly I never heard the great song “Bad Motor Scooter” until I got satellite radio. It never got played on the radio in KC, which is criminal.  “Rock The Nation” is a fabulous rock n roll call to arms. “Rock Candy” is a giant slab of hard rock. “One Thing On My Mind” despite it’s simpleton lyrics has a great guitar riff and a fabulous solo from Montrose. These guys even pull off a harder rocking version of Elvis’ “Good Rockin’ Tonight.” There was a moment in the early 70s when there was a break between the mostly British, heavy blues acts like Zeppelin and Cream and a new, non-bluesy, straight ahead, harder rock sound. I think this album may be the key to that leap. It’s what Jeff Beck called, “heavy  music.” This is a must have album.

“Paper Money” was the difficult second album. There are so many groups that have trouble on the sophomore album, call it the sophomore slump. “Paper Money” is no exception. It seems like Montrose wanted to go in a different direction creatively. There are acoustic guitars, like on the great Stones cover “Connection” and keyboard textures. Even the drum sound is different. That’s not to say this isn’t a good solid album. The title track and the great songs “The Dreamer” and “I Got The Fire” which sound more like the first album, are first rate tunes. “Underground,” the first track on the album is great, but you immediately pick up on the different sound Montrose were striving for. It wasn’t as hard as the first record. But alas, you can tell they were struggling to come up with enough material (like the old saying goes, “you have your whole life to write the first album, you have 2 months to write the second”) as filler like the trippy instrumental “Starliner” proves. On their European tour to support “Paper Money” Hagar and Montrose started to fight, probably over creative direction, and Hagar split. Carmassi and Church soon followed to join Hagar’s solo band. I can’t help but wonder what would have happened if they’d just stayed together. Like GnR I feel like there was an opportunity missed here.

When I heard Hagar had formed a band with Joe Satriani on guitar, Michael Anthony of VH fame on bass and Chad Smith from the RHCP’s on drums, I admit, I was skeptical. I read early reviews and they complained that Satriani’s cool precision was ill-matched with Sammy’s sloppy, party guy approach. Both Smith and Anthony were the weaker links in their respective rhythm sections (Flea’s bass being more dominating and Alex Van Halen’s drumming being similarly more dominant). In essence the critics claimed the sum was less than it’s parts. Luckily I’m not a pasty, black turtleneck-in-the-summer, musical-intellectual critic from NY. Not that there’s anything wrong with that. I like to consider myself a tad more… sanguine.

While I remained skeptical about Chickenfoot, a buddy of mine slipped me a copy of their first album, “Chickenfoot” and I was hooked. Again, this wasn’t like hearing “Led Zeppelin II” for the first time, but it was solid, meat-and-potatoes rock and roll. Satriani is truly the star on this first record. He sounds like he’s having a blast while tearing out solo’s that will melt your face off. “Sexy Little Thing,” “Turnin’ Left,” and “My Kind of Girl” will bore into your brain. I even like the ending, epic ballad, “Future In the Past.” You can’t go wrong popping this record on the stereo.

The ironically named second album, “III” is just as solid. I do not understand why this album was universally ignored. I never heard any of this record on the radio, satellite or otherwise. I read the other day Satriani was ready to do some more new music but Sammy said, “I don’t want to work that hard for six months to create music no one will hear.” These are the kind of records B&V was started for… “Last Temptation” starts the record on with a  great rock song. Hagar told Satriani to listen to the Black Keys before they did this record as he wanted that kind of sound. I don’t hear that connection but what a great place to start. “Alright Alright” has silly lyrics but is still a great rock song (lyrically you have to remember it was Hagar who wrote the stupidest lyric ever: “only time will tell if we stand the test of time,” read that over a few times). “Dubai Blues” is a great, dirty-blues rocker. I really like the tune “Come Closer” and I even dig the mid tempo ballad “Something Going Wrong.” That one might be my favorite. Alas now Satriani is back doing solo stuff and Hagar is on to his next band project with Anthony, the Circle, which features Jason Bonham on drums. They already put out a live album and Hagar says he digs their vibe and wants to get them in the studio. With Chad Smith on tour supporting the weak new RHCPs album, it looks like we’ll be waiting for that third Chickenfoot album which will likely be called “VI” because why not….

Do yourself a favor if you have a hankering for some great hard rock. Check out Montrose and Chickenfoot. Me, I’m considering pouring a nice, brown murky fluid into a tumbler and putting “Standing Hampton” on the turntable… “Baby’s On Fire” has me inspired in ways the Rock Chick will likely abhor…heh heh…. Rock Out, people. It’s all we can do in these troubled times…