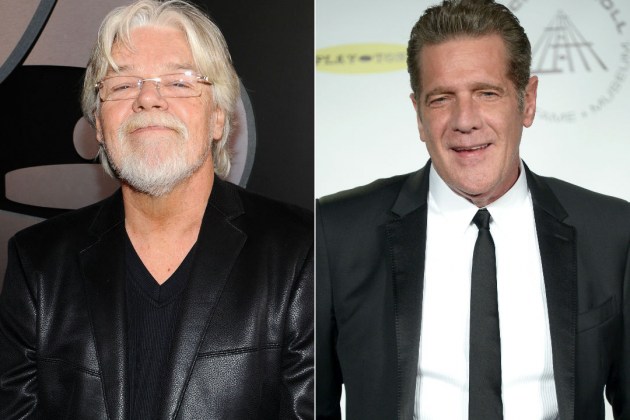 Here we are this week with another reminder of how horrible 2016 was in terms of losing Rock Stars. We saw the one year anniversary of the passing of Glenn Frey, eulogized in a post on B&V a year ago. To commemorate the occasion, Bob Seger released a new single, entitled “Glenn Song,” in honor of his fallen friend.

Frey and Seger had been friends in their earlier days, back in Detroit, where they both hail from. Seger was quoted yesterday as saying Glenn was like “a kid brother to me.” I know they remained friends through all the fame and fortune. Glenn plays an exquisite guitar solo on Seger’s tune “Til It Shines.” In this era of enormous egos and “celebrity feuds,” it seems really nice that Bob would take the time to honor his friend by recording this song. Something that doesn’t get talked about much in the world is the importance for men to have other dudes to hang out with. I don’t know what I’d do if my life long pal Doug wasn’t still living in KC. All guys need a guy to grab a beer with in our lives… or a gal to grab Cosmo’s with if you’re a chick. All of which makes this ode to friendship kind of touching.

The song is clearly a deeply heartfelt piece of work. And as Seger readily admits, this will not be a hit single, nor was it intended to. It’s just a nice thing to have done for a  buddy. There’s no chorus. In the lyrics Bob just describes how he saw Glenn… “Whenever I think about you I smile.” These guys were clearly close. Bob goes on to sing, “You were young, you were bold, you loved your rockin’ soul,” which I think sums up ol’ Glenn Frey to a T. He goes on to say, “You were strong, you were sharp, but you had the deepest heart.” That’s pretty nice stuff.

I have to doff my hat to Mr. Seger on this one. It’s not a great, great song and it’s on the melancholy end, but it’s a nice tune. It’s available for free download or streaming on Seger’s website, so this isn’t some kind of cash-in attempt on Seger’s part. You can find the song here:

I feel the same way about Glenn Frey as Seger sings in this final line from the song, “There was no one like you…”