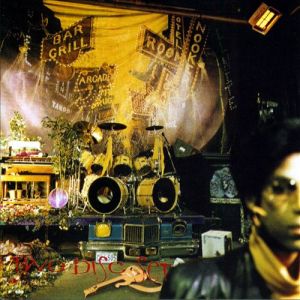 At the faceless corporation where I work, I used to know this guy who, like me, was a big music fan. That’s pretty rare where I work. Potentially there are more people there that are into music but nobody really discusses it much. The guy I’m thinking about used to actually ask interviewees what music they listened to when he was hiring. I really believe how they answered that question impacted whether he hired the person or not. We were talking about music one day and I said, “What do you think about Prince?” He answered, “I really only like his “Hendrix-y” stuff.” I don’t know why every black man who plays guitar eventually gets compared to Hendrix – well, I know why but its too sad to articulate – I think Jeff Beck and Jimmy Page have more in common with Hendrix than anybody from Vernon Reid to Gary Clark, Jr, but I digress. This was probably in the late ’90s/early 00’s so I’m not sure why Prince even came up… by that time I had largely lost track of him. But I think my work colleague’s response is the way a lot of fans of Prince’s ’80s music would respond. We all dug his stuff that was more rock oriented than his later focus on dance music or soul.

I’m on record as a huge Prince fan. I was deeply saddened at his loss (Another Giant Gone, RIP Prince). I’ve recounted several times how I discovered Prince during what I call “the dark semester” when I was at KU my freshman year when some guys turned me onto 1999 (Box Set Review: Prince, ‘1999 (Super Deluxe)’ – A Tour De Force, Must Have ). For once I was ahead of the maddening crowd. It wasn’t really until the video for “Little Red Corvette” came out that everybody started getting on Prince’s band wagon. To follow up 1999 Prince, realizing the value of “video,” put out the full length movie and LP to support it, his masterpiece, Purple Rain (Review: Prince’s ‘Purple Rain – Deluxe Collector’s Edition’ – Is It Worth It?). I don’t even think Prince was prepared for how big that record became. It spawned two number one singles and booted Springsteen’s Born In the USA out of the number one spot on the album charts. Suddenly everybody dug Prince. “Oh, I’ve been listening to Prince for yeeeears,” I’d tell people.

That kind of fame affects an artist or a band. Many artists will retreat from the sound that made them that famous and successful as a natural reaction probably out of fear of needing to outdo that success (Artists Who Changed Their Music to Escape Fame). Prince and his great backing band, The Revolution (Wendy Melvoin on guitar, Lisa Coleman on keyboards, Brown Mark on bass, Matt “Dr” Fink on keyboards and Bobby Z. on drums) retreated to Minneapolis to record Around The World In A Day. There was no press and there were no singles released to promote the album. It just appeared one day in the record stores. And on that day, yes, I purchased the album excited there was more Prince in the world. I remember the brightly colored, psychedelic-tinged cover art gave me pause but it did not prepare me at all for what inside. Prince had largely abandoned his trademark sound and gone… psychedelic? Odd sounds and weird melodies permeated that album. I remember thinking, “what is this shit?” I liked “Raspberry Beret” but that was about it. I did everything I could to connect with that record, but eventually sold it at the Used Record store.

Needless to say, I was shook. When an artist disappointed me back in those days it was hard to get me back on the bandwagon. So when Prince followed up Around The World In A Day with Parade, another soundtrack, I had largely moved on. I heard “Kiss” on the radio and thought it was catchy but by then like a lot of people (I suppose) I thought Prince had lost his mind. I saw the movie, ‘Under the Cherry Moon,’ or more appropriately, I saw the first thirty minutes of the movie before walking out and it didn’t do a lot to restore my confidence in Prince. The fame and success had clearly gone to his head.

By the time March of 1987 rolled around I was on the verge of graduating from college and there was just a lot going on for me. I’m not even sure I was aware Prince had released his second double-studio album, Sign O’ The Times. By fall of that year, I’d been exiled to Arkansas and lost touch with all music. I can vaguely remember seeing the video of “You’ve Got the Look” a duet with Sheena Easton but I wasn’t drawn back to Prince. I also remember hearing “I Can Never Take the Place Of Your Man” and thinking, hey, maybe Prince still has something left in the tank. I loved the guitar solo at the end. It wasn’t until 1990 when I was taking the Grand Tour across Europe and ended up in Berlin at the Roger Waters’ performance of The Wall (I Attended: Roger Waters & Special Guests, ‘The Wall’ at the Berlin Wall, July 21, 1990) when I heard the track “Sign O’ The Times” over the PA system before the show started. I was absolutely mesmerized. Granted, it was a hell of a sound system, but Prince giving us his grim state of the union address over minimal but hypnotic guitar was when I thought, perhaps I needed to give this album another look. Naturally, I didn’t investigate it for thirty years.

At the end of the tour in support of Parade tensions were running high between Prince and the Revolution. I have never satisfactorily discovered why… Prince was dating guitarist Wendy Melvoin’s sister Susannah and they had broken up. Maybe it’s that simple. I’ve read where some theorize that the Revolution was getting too much credit for Prince’s success, they were the only thing keeping him from the bad impulses that created Around The World. I’ve heard the opposite, that Prince and his grand genius were being held back by the limitations of the Revolution. I don’t think that’s true, the Revolution was Prince’s most sympathetic backing group but then I never dug the New Power Generation. Prince had brought in other players for Parade, notably Sheila E. on percussion, Miko Johnson an additional guitarist and a horn section. Maybe that destabilized things.

Prior to their dismissal, Prince had been working with the Revolution on a new album tentatively titled Dream Factory. I say working with them but as usual, Prince was playing all the instruments in the studio. At the same time he was working on a weird concept album where he speeded up his vocals to sound like a woman, Camille. “Camille” was his female alter ego. I don’t know why anybody thought that was a good idea. He sounds more like he’s on helium to me. Prince always wrote great songs for women (The Bangles, Bonnie Raitt, Vanity 6, Sheena Easton, the list goes on) maybe he thought he’d go ahead and sing the songs himself…as a chick. He scrapped both of those projects, fired the Revolution and recorded a triple album called Crystal Ball. Much of what was recorded for Dream Factory  and some of what was recorded for Camille (“If I Was Your Girlfriend,” “Housequake”) ended up on Crystal Ball. His record company rejected the idea of a triple-album and so Prince edited it down to a double album and voila, Sign O’ The Times was born.

Last Friday Prince dropped a “Super Deluxe” edition of Sign O’ The Times and I’ve been in the B&V lab voraciously absorbing this thing. The Rock Chick walked by the lab yesterday and said…”You’ve been listening to Prince non-stop for like a week now?” Indeed I have…I may not be a “Sexy M.F.” but I am a funky one. This is an embarrassment of riches. First and foremost, the original album Sign O’ Times is a tour de force and certainly Prince’s magnum opus. To my ears its his last masterpiece. He’s all over the place like the Beatles’ White Album. There’s rock, soul, funk and under currents of jazz on this album. As I listen it feels like I’m at the greatest after hours party ever. To see someone work on that level and take so many chances is breathtaking. The title track, “You’ve Got the Look,” “If I Was Your Girlfriend” were the most well known hits but there is so much more here. “Strange Relationship” is now amongst my Top 5 favorite Prince tracks. “Baby I just can’t stand to see you happy, Yeah, I hate to see you sad,” may sum up every bad relationship I’ve ever had. “The Ballad of Dorothy Parker” is another brilliant, brilliant track. “Slow Love” is a classic soul ballad. He could literally do it all.  How I didn’t include this on my list of essential double-albums is a mystery, The BourbonAndVinyl Essential Old School Double Vinyl Albums.

The bonus material, like the 1999 Super Deluxe is copious. There’s so much here to absorb. The first disc of extras is the remixes and edited singles, really nothing to hear there. It felt a little like filler, although I did like “Shockadelica.” Following that there are three discs with 45 tracks. There’s some amazing stuff that Prince left in the vault. It all starts with an earlier 1979 version of “I Can Never Take the Place of Your Man” which serves to show how much that tune developed up to 1987. To underscore Prince’s jazz leanings at the time, Miles Davis shows up on “Can I Play With U?” There are so many great, funky tracks here – “Witness For the Prosecution” (in 2 different versions), and “Blanche” are highlights. There’s a great pop-rock track with that trademark Prince guitar on “Cosmic Day” which has that “Camille” voice… I wish he’d sang it in his normal voice but it’s still a great track. “Walking In Glory” touches on gospel. There is just so much and it’s all such high quality music.

To round out the “Super Deluxe” set is a live concert from the tour supporting the LP, recorded in Utrecht. Prince only toured Europe for Sign O’ The Times largely because Parade had actually been a bigger hit there than in the U.S. Sheila E. had graduated from percussionist to drummer and I really dig this concert. Prince could certainly deliver. After running through some of the material from the LP, they go through the hits. This is the only live version of “Purple Rain” I think I have and it’s a killer. He manages to deliver the falsetto in “Kiss” in an impressive fashion as well. It’s a strong and aggressive performance even without the Revolution. If all of his shows were this good, I’ll take all the live Prince I can get.

The ultimate question I always ask for a box set is, “Is it worth it?” For any fans of ’80s Prince or this album in particular, it’s a must have. I will admit, freely and up front, the price tag on this package is a little staggering. There are a lot of box sets coming in 2020 – U2, Lou Reed, and Neil Young all have big packages coming. Because of that I went with the download vs the CD version of this box. The price on the vinyl was so high it gave me a nose bleed. I understand in these hard times that this would be a hard pill to swallow but I urge all fans to at least go out and stream this stuff it’s a must hear. There is literally something for everyone in this box.

Cheers! Stay funky people but be safe doing so.